The saffron brigade's divide and rule policy is poisoning minds

Ramachandra Guha is right: There is nothing optimistic about Indian pluralism 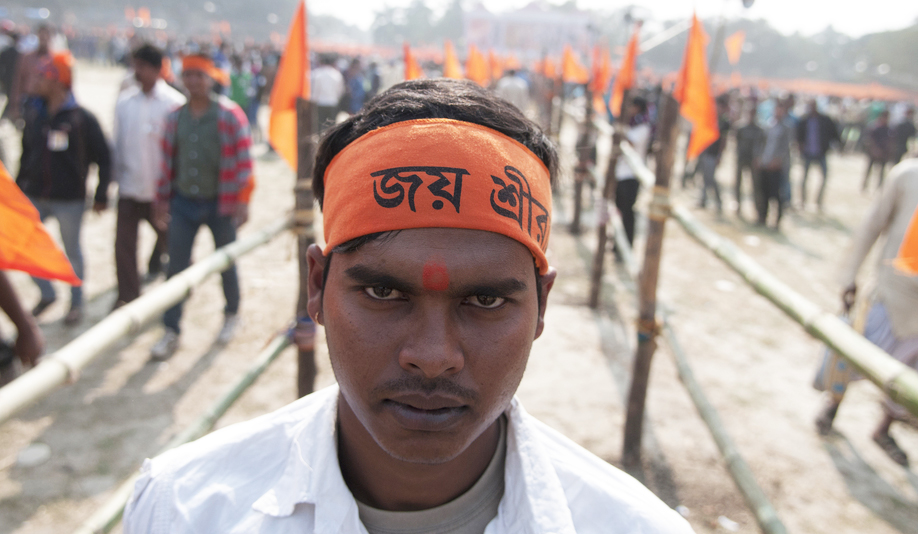 The mindset of Hindus seems to have been communalized on account of Hindutva’s success in exploiting the embedded Islamophobia and orthodoxy.
(Shutterstock)
The Telegraph   |     |   Published 20.05.19, 10:35 AM

Sir — The British pursued the ‘divide and rule’ policy to dominate India. But the policy worked because Indians were already a divided people given the animosity between Hindus and Muslims. The English merely exploited this divide to their advantage.

The saffron brigade has also succeeded in, as Ramachandra Guha writes in “Fraying pluralism” (May 11), selling the “persecution complex” to the majority community, turning it insecure. The mindset of Hindus seems to have been communalized on account of Hindutva’s success in exploiting the embedded Islamophobia and orthodoxy. This harsh reality has been recognized by most political parties, including those that claim to be secular. This is the reason why political leaders display their ‘sacred thread’ — how is it relevant to governance? — observe rituals in temples or recite Sanskrit mantras at rallies. This is also the reason why Chhath, Diwali and Ram Navami are ‘celebrated’ with scant respect for pollution laws.

Majoritarianism informs private conversations too. Protests against the lynchings of Muslims or pogroms are muted affairs. Guha is right. There is nothing optimistic about Indian pluralism.

Sir — The Indian cricket team is one of the favourites to lift the World Cup on July 14. Most of the players who have been selected to play in the tournament being hosted by England and Wales have proved their mettle in the Indian Premier League. The sole exception seems to be Vijay Shankar who played poorly in the league. The IPL, of course, is entirely different from the World Cup, but most players took the league seriously. Shankar’s failure throughout the tournament merits concern.

Hopefully, Shankar will rise to the occasion. Here’s wishing our heroes the very best for the World Cup.

Sir — The tedious temple celebrations take a massive toll on our gentle pachyderms (“A giant of a commitment if you want this giant”, May 11). The heat, sound and the crush of bodies cause them suffering. Not just animal rights activists but every citizen must do something to relieve temple elephants of their burden.

The man-animal conflict is the result of human depredations on forests. Enough emphasis is not being laid on protecting wildlife corridors and extending the area of protected forests.

Sir — I had visited the burning ghat in Keoratala recently. I was shocked to see doms fleecing relatives of the deceased by demanding money for the ashes. After much haggling, I had to pay a sum of Rs 1,000. The local councillor has repaired the ghats. The authorities must now look into the issue of fleecing by doms.

Sir — Many morning walkers are in the habit of plucking flowers from other people’s gardens. Many of them even end up breaking branches of the trees when the flowers are out of their reach. Even buds are not spared. Those who pluck flowers could create small gardens in their own houses. If they don’t have the space, they could keep potted plants that bear flowers. These would not only beautify their homes but also supply them with their need.

Sir — It is curtains for R.K. Studios (“Curtains down on R.K. Studios”, May 4). The news is heartbreaking for old-timers and admirers of Raj Kapoor. The last film under the R.K. banner made at the famous premises was Aa Ab Laut Chalen. The title seemed suggestive of a closure of R.K. Films. Several films directed by Kapoor — Barsaat and Ram Teri Ganga Maili are two examples — had been very popular.

Godrej Properties has purchased R.K. Studios with the intention of building a residential complex in the sprawling premises. The company should reserve a portion of the land to build a museum to preserve the studio’s possessions for posterity.

Sir — Isaac Newton’s law of universal gravitation is under threat — not from Mr Modi’s government but from Tiger Shroff. Jackie Shroff’s son has been struggling to make a mark for himself. But he has now found a novel way to demand attention — he is usually seen in gravity-defying postures, his feet perpetually in the air. One does not really know whether such poses would change Tiger’s cinematic fate. But the wise ones believe that people can remain sensible only if they have their feet firmly planted on the ground.