Advertisement
Home / Opinion / The root of the poison

The root of the poison 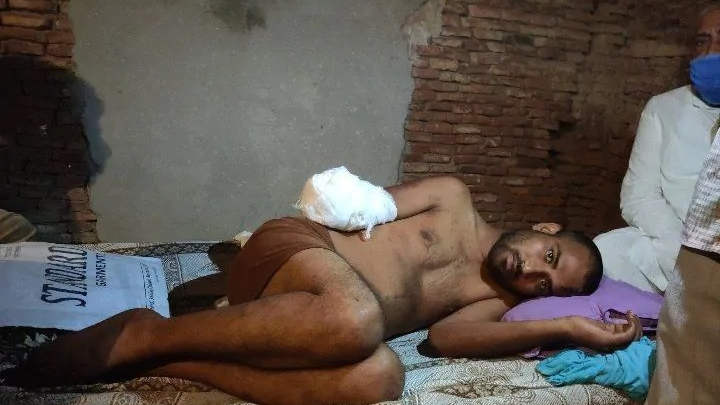 India has witnessed growing violence against Muslims under the current regime, including mob-lynchings and the recent attempt of exclusion through the Citizenship (Amendment) Act. Much of this is being countered through a critique of growing Islamophobia by the secular-democratic forces. Islamophobia refers to fear of and hatred for Muslims without reason or evidence. It is animosity not just against Muslims but also Islam as a religion. Islamophobia is considered to be xenophobic in nature and has the potential of triggering episodic and organized violence against religious minorities.

However, confronting growing religious polarization through the narrative of Islamophobia could be counter-productive. Islamophobia has become all-pervasive and natural. The proponents of Hindutva wish to institutionalize it. What India has is organized communalism and not Islamophobia. The rightwing wishes to convert communalism into Islamophobia. Communalism, as opposed to Islamophobia, is not based on imagined hatred and visceral exclusion of religious minorities. It is linked to issues of history, memory, social location and economic activities. For instance, communalism in India is linked to the ‘Two Nation theory’ and the history of Partition. It is associated with the selective memory of violence perpetrated by Muslims as well as cultural prejudices against religious minorities. There is also, possibly, an element of economic exploitation where Muslims own land and the labour force comprises Dalits and other Hindus from lower castes. These are real-time conflicts of interest and cultural differences between communities that cannot quite be captured through the narrative of Islamophobia that is predicated on an unreasonable and irrational hatred on the part of the majority community.

What is intriguing is that Hindutva majoritarianism precisely wishes to move beyond the complexity and selective rendering of history to an irrational hatred of Muslims. Such irrational hatred can finally unlock the majoritarian project and find hegemonic justification for the xenophobic exclusion of religious minorities. It can make hatred natural and universal. Violence would then not have to depend on organized riots but can be perpetrated ‘naturally’ or spontaneously. It does not have to be ‘imported’ like the way it was in the recent riots in Delhi, as the evidence from various fact-finding reports suggests.

The discourse of growing Islamophobia concedes that hatred against Muslims in India is rampant and institutionalized. But the reality is what we have in India is ‘contextual communalism’ that is linked to local history and memory of violence between communities in the past and contemporary cultural differences that lead to claims and counter-claims of religious superiority. For instance, in Bengal, the memory of Partition plays a fundamental role. In Telangana, it has to do with the history of the rule by the Nizam and the violence perpetrated by his private militia, the razakars. What is unreasonable is not the claim of violence but its interpretation. In Bengal, both Hindus and Muslims suffered violence. In Telangana, the razakars were supported by Hindu landlords because it was the Nizam who had granted them the right to land and taxation to counter the armed struggle led by communists. What the sangh parivar does is offer a selective rendering of history that can propel the consolidation of a majoritarian Hindu identity. Majoritarianism can be consolidated only when one moves away from identifying the authentic sources of violence.

Intriguingly, even the secular forces often fail to make a distinction between communalism and Islamophobia. What exists in India, as I see it, is communalism. What Hindutva wishes to achieve is the conversion of an insidious communalism into rampant Islamophobia. By collapsing the two categories, the secular-democratic forces, willy-nilly, accept that there is rampant, irrational and unfounded hatred towards not just Muslims but Islam as a religion. This is far from the truth. Even the worst among the bigots do not abuse the prophet but merely hate Muslims. They would agree that all religions are paths to truth but that the Muslims betray it. What Hindutva wishes to generate is hatred for Islam as a religion to rule out the possibility of any kind of cohabitation. This vision is inherently violent and expansionist and does not corroborate with the everyday experience of a majority of Hindus.

Even those sympathetic to the project of Hindutva often argue that not all Muslims are bad. Many of them would concede that they know Muslims who are good and helpful. But they would also argue that Muslims have been associated with violence in the course of history. This association is what the Hindutva ecosystem depends on as a legitimate entry point to its project. It can be argued that even though the rightwing in India has succeeded in converting communalism into Islamophobia to some extent, it is nowhere close to achieving a complete consensus.

Instead of taking recourse to Islamophobia, which, by default, is in denial of history and culture as they exist, secular-democratic forces need to re-focus on the roots of communalism and look for means of burying the memories of violence between religious communities in the past and resist it in the present. The sangh parivar undermines history to distort it. Secular forces cannot undermine it because they find it difficult to negotiate with its complexity and in doing so they might have already conceded the legitimacy of converting communalism into Islamophobia.