In praise of Girish Karnad 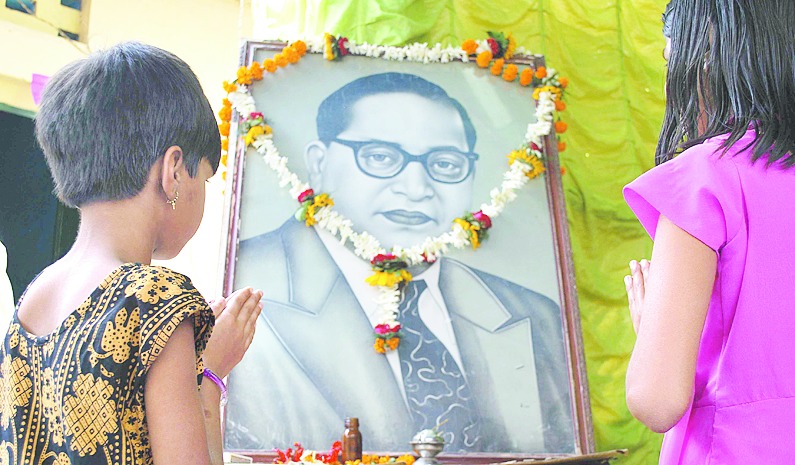 Like most other Indians of my generation, I first saw Girish Karnad on the screen in one of Shyam Benegal's films. I first saw him in the flesh in New Delhi's India International Centre, circa 1990, dining alone. Many eyes went to him - apart from being famous, he was also incredibly handsome, with a shining skin - but while everyone knew who he was, no one dared disturb him.

In 1995, my wife Sujata and I moved to Bangalore, where Karnad and his wife, Saras - a person of great charm, intelligence, and wit - also lived. A mutual friend introduced us, and we began to meet, mostly at each other's homes. Karnad's classic early plays had explored ethical dilemmas through innovative adaptations of myth and history. He was now experiencing a rich vein of late creativity, in part because he was doing fewer films, in part because a spell as the Director of the Nehru Centre in London allowed him to reconnect with what was best in world theatre. Among the fine plays of this period that Sujata and I saw were Flowers and Broken Images, the latter about a rivalry between two writer-sisters, one who wrote in English and the other in Kannada. This play had a dig or two at literary nativism, this seen by some as aimed at U.R. Ananthamurthy, who had long championed the cause of bhasha writers, complaining that they weren't taken seriously enough or paid as much as those Indians who wrote in English.

Karnad was ambivalent about Ananthamurthy, and for several reasons. There was his perhaps excessive valorizing of the vernacular, for one. There was his undeniable love for publicity, for another. That Ananthamurthy hung out so often with politicians and had political ambitions of his own irritated Karnad, whose own ambitions were always literary and aesthetic. (That Ananthamurthy had allowed the role of 'public intellectual' to so completely subsume and replace the role of 'creative writer' was something other Kannada writers also worried about.) Finally, there might have been an element of sibling rivalry here, based on the fact that Ananthamurthy was five years older than him, and had achieved literary fame (in Kannada) before him.

My own sense is that, for his part, Ananthamurthy craved Karnad's affection and approval. I recall a conversation organized by The Caravan magazine between Ananthamurthy and myself, about literature and politics or some such subject. This was held in a hotel where all the seats, except ours, were at the same level, so that those who came late and sat in the back rows could not be seen by the speakers. When it came to questions from the audience, a hand from the back came up. I went to it first, because it was Karnad's. I had recognized him, whereas Ananthamurthy, older and more short-sighted than me, had not. When the (thankfully non-combative) question was posed, Ananthamurthy turned to me and said, a warm and satisfied smile on his face: "Girish bandidare!' (So, Girish has also come!)".

Girish Karnad is far less likely than Ananthamurthy was to join a procession, shout slogans, publicly praise or chastise a politician, or sign a petition. But he cherishes as much as his more 'political' contemporary the idea of a plural, tolerant India he grew up in. Like URA, he detests religious chauvinism. In June 2017, after a wave of lynchings of innocent Muslims by Hindutva mobs in northern India, 'Not in my Name' protests were held in many parts of India. The Bangalore event was organized by students from the Indian Institute of Science, and held on the steps of the Town Hall on a weekday evening. This was one of the busiest parts of the city, at the busiest time of the day, with roads choked with buses, trucks, cars, scooters, and more. To get to the protests, one had to park half a mile away and walk. This I did, to join the ranks of young, middle-aged and old Indians standing up for decency and civility in our public (and private) life.

For me to join the protest was normal, routine; I wrote about these matters in the press, and I lived close by anyway. Girish Karnad, however, stayed well to the south of the Town Hall - an hour-and-a-half's drive in the evening. He was in his late seventies, and suffering from a degenerative respiratory disorder, which obliged him to carry a cylinder at all times which sent oxygen to his lungs through tubes stuck into his nose.

I did not expect Karnad to come. Nor did anyone else. As we stood silently holding up our placards, it began to rain. We carried on standing, in the open. A figure slipped in silently on my left. It was Girish. He had walked at least ten minutes in the rain from whichever side road his driver had parked his car in, carrying his cylinder and his tubes with him. He stood, and asked the person to his left if he could hold his placard. A student rushed in with an umbrella, which he opened and passed on to Karnad, who immediately shared it with the person to his right (me). Meanwhile, a group of Muslim men, in the row in front of us, murmured with delight and approval. One of them said to the other, in English: "Girish Karnad Sir has arrived!" That so many Hindus (and Christians) had come from all parts of the city mattered to them; that this particular Indian had come mattered most of all.

Earlier this year, I visited Girish Karnad's hometown, Dharwad. His publisher, Manohara Grantha Mala, was holding its annual literary festival; all the talks would be in Kannada, except mine. The day before the festival opened, Girish took me to the office of his publisher, in the second floor of an old building in Subhas Road. It was here, fifty and more years ago, that Girish had come to deliver the script of his first play, Yayati. Manohara Grantha Mala had since published all his plays, and his autobiography too.

The publisher's office was more-or-less as when Girish had first visited it: one large room, perhaps twenty feet by fifteen feet, with a few desks on which manuscripts were piled up, with shelves on the wall stocking books the press had published. There was an open space for sitting; on which a dozen chairs were laid out, where sat local poets, novelists and critics whom Karnad had kept in touch with all these years.

Girish Karnad does not parade his politics, nor indeed his patriotism. Yet in his own understated way he has remained admirably devoted to his hometown and his home state, while never losing sight of his country or the world. He could, if he wished, write a splendid cultural history of India. For no one I know has his breadth of knowledge and understanding of all our arts - music, literature, dance - of the North as well as of the South of India; of folk forms and of popular and classical genres as well. (And he speaks and reads six Indian languages too).

If he has resisted writing such a book, it must be because Karnad values original creative work more than synthesis. While he published his autobiography in Kannada, he has since steadily refused to translate it into English. This may be because he doesn't want chaps like me to read it; or (more likely) because he still has plots in his head. As he approaches his eightieth birthday (which falls on May 19), may I wish my great compatriot the soundness of mind and body to craft the plays he wants to write, and which we all wish to see.