Writing on the wall: Knowledge leaders and followers 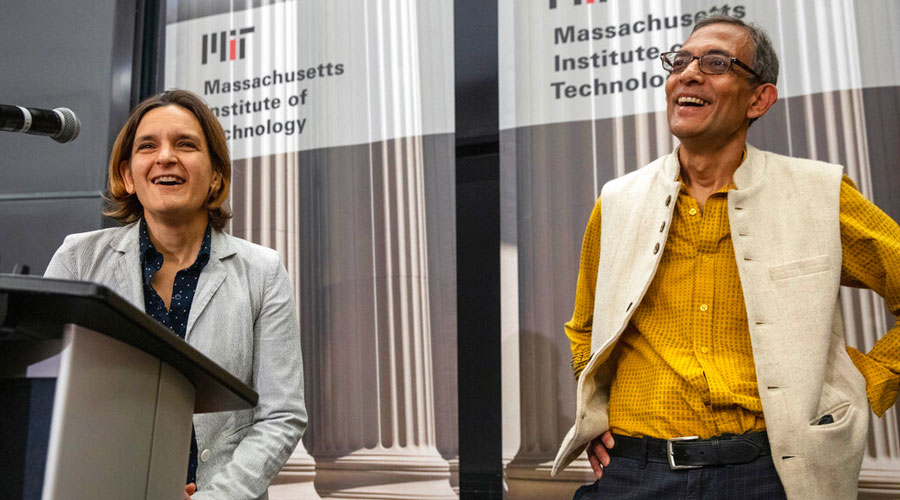 Winning the Nobel Prize has been the epitome of intellectual achievement for over a century. Those who win it go to Stockholm to receive it from the king of Sweden (unless they have won the peace prize, which is awarded in Oslo). The ceremony, in my memory (no, I did not go to receive the prize), is unimpressive. The king and courtiers sit on one side in a hall; prizewinners sit on the other side. The name of a prizewinner is announced by a courtier, who also summarizes her — mostly his — achievements. Then the prizewinner walks towards the king, who has meanwhile been given the prize; the king hands over the prize, the prizewinner bows, and goes back to his/her seat. It is nothing compared to the rituals of British monarchy; even a knight kneels before the queen and is lightly tapped with a sword on his shoulder. The best part of the Nobel ceremony is the banquet that follows.

Alfred Nobel’s biography is far more interesting. He manufactured explosives for use in construction. After they killed a number of workers, he invented dynamite, which was much safer. He fell in love with his Austrian secretary, Gräfin (Duchess) Bertha Kinsky von Wchinitz und Tettau, but she went back to Austria and married someone else. After that he devoted his life to innovation; by the time he died in 1896, when he was just 63, he had 355 patents. To the consternation of his relatives, he left his money to fund prizes for contributors to knowledge. They fought and filed cases; it was 1901 before they could be overcome to set up five prizes — three in the sciences, one for literature, and one for peace, the passion of Bertha.

Nobel Prize winners’ contribution to knowledge is, no doubt, significant according to the experts consulted by Nobel Prize givers; but we do not know what their fellow-scientists — those not consulted — thought of them. The announcement of Nobel Prizes is followed by hagiographic media reports, and some criticism, but it is forgotten in a few days. Whom do scientists think highly of? And how many of them got the Nobel Prize?

Scientists do not conduct a poll of who amongst them is the best; but an indirect indicator is citations: how often a scientist’s work is referred to by other scientists. Citations were organized for the first time by Eugene Garfield, who was crazy about classification. He collected three degrees — in chemistry, library science and linguistics; in his PhD thesis, he developed an algorithm for converting the names of chemicals into formulas. The problem of organizing citations was first encountered by the legal fraternity; lawyers needed to have a list of all possibly relevant previous cases they might need to refer to in a case. Its solution was created by Frank Shepard, who produced the first list of cases in 1873. The references were printed on stickers, which lawyers could stick in the margins of their case files. Garfield used punch cards normally used in library catalogues, and then started publishing lists. Today it is all computerized, organized and sold for a handsome sum. Citation lists tell us nothing about the content of an article, let alone its quality, but they are the best thing we have.

Amongst the most cited scientists, 11 are physiologists, six chemists, four physicists and three economists. Three of them received the Nobel Prize in 2019: Esther Duflo for economics, John B. Goodenough for chemistry, and Gregg L. Semenza for physiology and medicine. Esther Duflo is well known in India since she is the wife of Abhijit Banerjee. The best introduction to her is what she said about herself once: “What drives me remain simple questions: what makes poor people tick, what keeps them stuck, and how economic policy can help them. This is what helps me get out of bed, even when I am jetlagged and feeling quite sorry for myself.” “She is a quiet person when you meet her,” according to Chiki Sarkar, “but is quick as an arrow.” In her childhood, she read about Marie Curie, who used her Nobel Prize money to buy radium for research (actually, she won two Nobel Prizes, and bought French government’s war loans with the second one). Duflo is a riveting speaker.

John Goodenough is 97 — over twice the age of Duflo. He served in World War II as a meteorologist in the US army. He was awarded the prize for his invention of lithium batteries, which power small devices like shavers and phones. He has all his hair intact on his head. He laughs a lot at his own jokes, even those that are not obvious to others. He thinks dialogue is the key to good research; in other words, research is a communal activity, and involves discussion, both cooperative and competitive.

Gregg Semenza got his doctorate in 1984; since then he has published 405 papers (most of them joint ones) — roughly one a month. He was on the soccer team of Sleepy Hollow High School in New York. He has concentrated on research related to cancer and heart disease; both are leading ailments in the developed world, and attract enormous research and funding.

All three are members of the American academic system, a vast research and teaching industry, which converts its own, government and corporate funds into usable innovations. But there is a difference between Duflo and the two scientists. They have grown up in systems that are older than her; they fitted as cogs in a machine. Duflo initially thought of becoming a historian, and then of joining the French civil service. Then she went to Moscow, did odd jobs as research assistant and thought of a thesis on Russia. She did her first degree in history and economics. Then she went to Massachusetts Institute of Technology and did a PhD for which she did a ‘natural experiment’ in Indonesia relating to education and wages. Then she ran into Abhijit Banerjee; together they have done a series of natural experiments related to poverty.

What I find fascinating about Esther Duflo is that she so often turns to something unexpected. One is never sure what she will take up next in her lectures. It is the same with her research. It is full of surprises. Scientists give dozens of references in their articles; they have to because they are building on the foundations laid by their predecessors and colleagues, and it would be disastrous for them to be seen taking credit for the work of others. Duflo has few references in her papers because there has been little previous work in her line. She is a pioneer. Is she an innovator? Or is economics still an infant science where there is not so much previous research to refer to? Not being addicted to reading academic literature, I cannot give an informed answer. But Duflo has done a great job of studying common people. She should now do another experiment — write for common people. One way to success, according to economists, is to expand the market for one’s products. She should practise what they preach, and turn her economics into fantastic anti-fiction.