For the State, the migrant worker is at once an ‘asset’ as a source of fluid labour supply and a liability in terms of resource distribution away 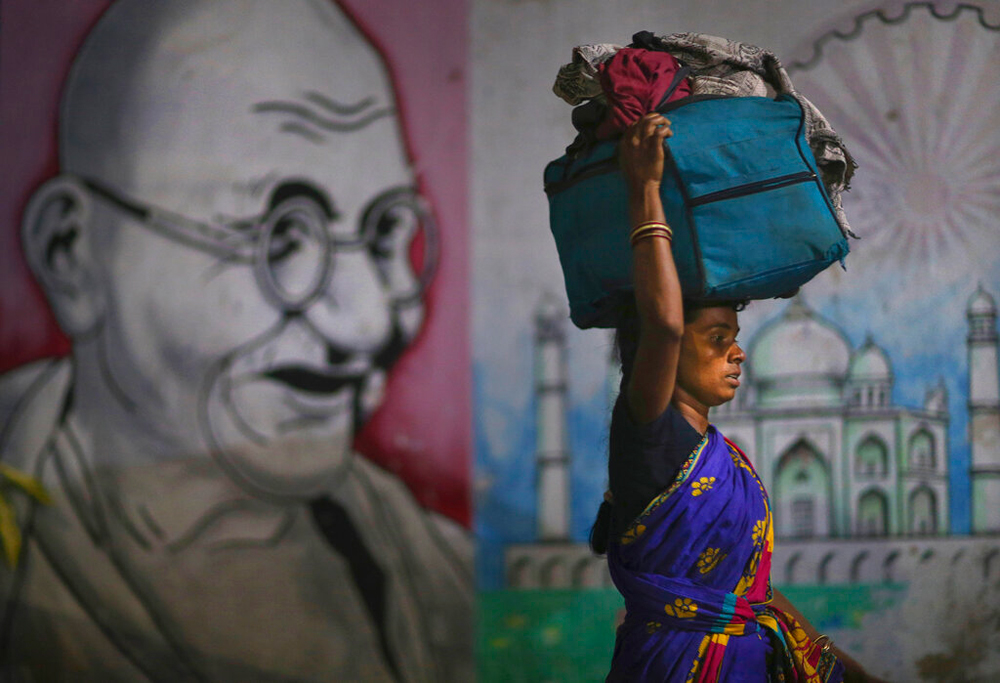 Labour Day — it falls on May 1 — witnessed the departures of the first train officially carrying migrant workers from Ernakulam, Kerala, to Bhubaneswar, Odisha, and another journeying from Telangana to Hatia in Jharkhand. Meanwhile, the ‘long march’ of migrant labourers — walking on foot from Delhi to rural settlements — continued. Some of them were run over by a train in Aurangabad; many others dropped dead because of exhaustion and hunger during these perilous journeys. Migrants have thus been reduced to collateral damage for the State in its fight against the pandemic.

In response to the public outrage on the predicament of migrants, the Centre allocated over Rs 29,000 crore from the State Disaster Response Fund to provide amenities and accommodation to those who were on the road. The state governments were given directives to set up quarantine shelter and camps for migrant labourers along with adequate medical screening. Additional directives mandated the payment of full wages as well as the prevention of forced eviction and rent extraction. These measures sound comforting on paper. But their ability to alleviate the plight of migrant labour is highly debatable. What could be the compelling conditions forcing migrants to journey towards their homes?

The attempts by migrant workers to flee their workplaces cannot be attributed to the pandemic alone. Rather it is reflective of a structural exclusion. Even though migrants constitute the lion’s share of the workforce in infrastructure, logistics and supply services, agriculture and in menial occupations, unskilled and semi-skilled labour, they are a disposable entity in our economic structure. The synergy between informality and mobility has pushed the migrant worker into a vicious cycle of precarious labour which, in turn, renders the nature and availability of such jobs uncertain.

For the poor migrant alienated with the tag of ‘guest worker’, exclusion results in dignified sustenance becoming unaffordable. The multifaceted vulnerability that relegates this constituency to the socio-economic margins of the State makes them vulnerable politically and legally. Perceived as the ‘outsider’ by the local population, they are often deprived of constitutionally guaranteed rights. Their vulnerability makes them incapable of reclaiming these rights. Working in distant towns and cities to which they have migrated, they often fail to cast votes in the villages where they are electorally registered, adding to their political dispensability. The political scientist, Ranabir Samaddar, has argued that the migrant worker, an otherwise ‘invisible figure’, becomes ‘visible’ only when deemed as a threat to public health.

For the State, the migrant worker is at once an ‘asset’ as a source of fluid labour supply and a liability in terms of resource distribution. This causes the State to showcase a carefully calibrated protection regime towards migrant labour which oscillates between coercion and care. Being reduced to the status of a ‘victim’ of the system, the public perception of the migrant body fluctuates between compassion and threat. For the migrant labourer, entitlement to rights and provisions is conditioned by the physical labour provided in return. Their mobility, too, is an expression of individual agency. However, during the lockdown, the aggravation in the precarity of the migrant labourer has facilitated tacit incarceration and greater exclusion. Without the work that would earn him/her wages and with the State dictum of forced quarantine, the de-hyphenation of the labour-entitlement equation amounts to the loss of agency. Therefore, when the migrant labourer sets out for home defying the calibrated kindness of the State, he/she reasserts agency and dignity at once.

But the uncertainty and the alienation of migrant labour do not end on reaching home. Without livelihood or savings, they have been left with minimal means of survival. Once a source of income for the family, the migrant labourer is now perceived to be a source of contagion for the entire village. Pratap Bhanu Mehta has argued the State should not be guided by “pity, compassion, or even care” in its approach to these vulnerable groups in such times of uncertainty. But it is not enough to express our empathy and compassion for their plight by promoting the ‘MeTooMigrant’ hashtag on social media. Such unthinking abstraction is a blatant mockery of their predicament. The prioritization of justice that reinstates their rights and dignity as citizens can eventually absolve them of their perpetual vulnerability.