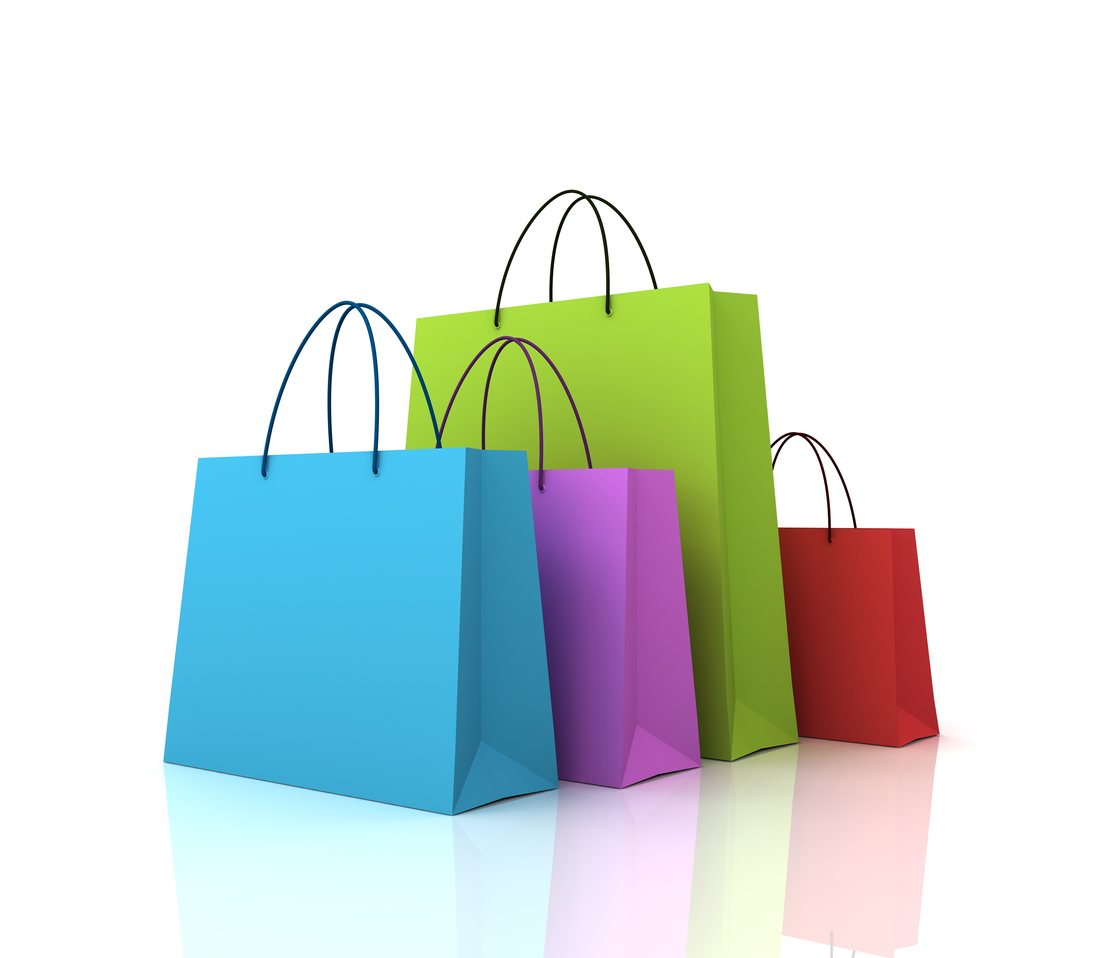 Many public sector outfits are holdovers from another era when specialised skills weren’t available, and the government decided to create its own in-house talent pool
(iStock)
Paran Balakrishnan   |   Published 08.11.19, 07:46 PM

“Scooters India to be sold” blared the headline. The year was 1985 and it caught my eye because this was a very different era, long before it was fashionable to talk about selling off public-sector units to the highest bidder. I grabbed my reporter’s notebook and went off to Udyog Bhavan, in those days the government’s powerhouse where fates of India’s largest industrialists were sealed. It was a standing joke that many of the country’s biggest businessmen entered its portals and weren’t seen for days, spending the time wandering corridors outside some joint secretary’s room.

My short journey ended at the desk of a surly joint secretary who’d readily agreed to meet me but who seemed to be having second thoughts now I was in his room. My earnest queries about the process of selling off Scooters India were met with monosyllabic answers. It goes without saying the interview didn’t last long. It also goes without saying Scooters India wasn’t sold at the time. In fact, through the 1980s and 1990s, as India’s two-wheeler industry roared into road-hogging action, Scooters India made fewer and fewer vehicles and spluttered almost to a stop.

It was an older and even more cynical hack who spotted that old familiar headline once again a few weeks ago. “Public-sector companies to be sold,” the headline announced grandly. And, sure enough, there it was leading to the pack once again: Scooters India. This time, I contained my excitement and read the story several times. Scooters India was one of the stars of this particular list of 23 companies, that included more high-flying names like Pawan Hans and Engineers India. But I hadn’t even known of the existence of many of others that were listed as being up for grabs.

Does anyone remember Hindustan Prefab? And PDIL? I should mention here that this must have been the government’s B, C or possibly D sales list. It didn’t have the names of mega-corporations like BPCL and Air India, which are also now being put up on the government’s supermarket shelves for customers to gaze at.

Company reports must perforce look on the bright side, so the Scooters India annual reports adds that: “The company continues to be the leader in larger capacity of vehicles. i.e passenger carrier (6+1) segment and goods-carrier exceeding 1 ton vehicles. The market share of the company was 100% in 2017-18. On an even more optimistic note the report says: “Company has the advantage of E-Vehicle experience in late 90s as the automotive market is poised for growth in E-Mobility.”

Nevertheless, the uncertainty now hovering around the company and whether it will shut down, is taking a toll, says the annual report (the government first announced it would be selling all these companies in 2016). That’s stopping potential buyers from snapping up vehicles. Besides, the company suffers from a host of weaknesses that are bleakly outlined in the annual report. “Sourcing of material at economical costs is difficult due to low volumes. This is also resulting in weak supply chain. #The plant is located from away from automotive hubs like NCR, Pune, Chennai. #Not able to introduce new models/variants due to low volumes of production. Not having strong ‘vehicles finance tie-ups.”

Why is the government keeping Scooters India open? That’s truly a riddle wrapped in an enigma. It isn’t because vast numbers will be thrown out of jobs. The company has a total of only 641 workers and just 121 (including officers and workers) are full-time. Could they be paid off generously and the company shut down? There doesn’t seem to be any reason why not.

Many public sector outfits are holdovers from another era when specialised skills weren’t available, and the government decided to create its own in-house talent pool. One such is consultancy company Projects and Development India Ltd (PDIL) which was started specifically to build fertiliser plants (that was an era when government’s worried hugely about upping agricultural production and fertiliser was thought to be the magic wand that would alter the fortunes of the Indian farmer).

PDIL’s brief was to provide the consultancy skills to build fertiliser plants. In 2016-17 it ran up a loss of Rs 9.94 crore. The reasons for its loss: No investments in new fertiliser plants. Not even any proposals. The company has built expertise in building oil and refineries and has done work for companies like Indian Oil. But as a report notes wryly: “There is stiff competition in the oil and refinery sectors.”

Then there’s Hindustan Prefab which had a very specific reason for coming into existence soon after Independence and the trauma of Partition. It was started as a separate government department, “for meeting the housing needs of people who were migrated (sic) from Pakistan.” In 1955 it was reborn as the Hindustan Housing Factory and over the years produced a variety of prefabricated items for many buildings and what are called press cast railway sleepers. In 1978, it underwent a name change and became Hindustan Prefab.

This isn’t a company that’s short of projects even though it faces heaps of competition from a muscular private construction industry. Its annual report for 2017-18 says it had 142 ongoing projects, a project pipeline worth Rs 1.057 crore, and had even won an overseas contract to build 250 prefabricated houses for displaced people in Myanmar’s troubled Rakhine province.

But after all this building activity, the company’s profits are modest to say the least. In 2017-18, it made a profit of Rs 1.93 crore. It last got government financial support in 2009. The company notes in its annual report that talk of its disinvestment has had an impact on its operations, saying: “The Company was affected by the decision of the Government of its disinvestment, affecting the morale of the employee and confidence of its clients.” The government first announced that Hindustan Prefab would be 100 per cent divested to another public sector company. In 2017-18, it had 355 employees.

It’s a similar story at Engineering Projects India Ltd (EPIL), a company that had built a reputation for itself back in the 1980s but which has now been overtaken by the fast-paced changes in the Indian economy. In 2017-18, it had projects worth Rs 230 crore but that translated into a paltry profit of Rs 13 lakh. In 2013-14 it had 437 employees and by 2017-18 that fell to 363. Initially, the government had announced that only central public sector companies would be allowed to bid for it but changed that in February and said private buyers would also be allowed.

Some public sector companies like Pawan Hans have become a victim of slow-moving government processes (it’s also had accidents that haven’t helped its reputation). The government owns 51 per cent of the company and the other 49 per cent is held by ONGC. But action at the company has stalled after the government first announced in 2016 that it would be sold and no helicopters have been bought since then. So, the fleet strength fell from 46 in 2015 to 42 in 2017. Another 17 Dauphin helicopters have been in the fleet for more than 31 years and have, therefore, become very tough and expensive to maintain.

In 2018, the government invited bids for the company but had to call off the sale because it got a poor response. In July, the government called for fresh bids. But there’s an additional disincentive this time round. Pawan Hans has just crashed financially to a reported Rs 75 crore loss for 2018-19. Don’t forget the aviation industry is growing exponentially in India and Pawan Hans had outlined an ambitious expansion plan that involved buying small aircraft and seaplanes and building helipads and heliports by 2025. The government had hoped to raise around Rs 1,000 crore for it but that looks like a stretch now.

Should these companies be kept alive and on the government’s books? Many were conceived in an era when India had limited skills and it made sense for the government to create its own in-house expertise. Today, such skills are available in abundance and can be bought almost off the shelf. Even Scooters India was pushed onto the road at a time when there were long waiting lists for getting a two-wheeler. The government thought that starting its own company might ease the waiting time.

It’s tough to imagine a rush to buy these companies even though some are sitting on valuable land. Conceivably Pawan Hans might be worth buying though its fleet is antiquated. But speed is of the essence because these companies are losing whatever value they might have now with the uncertainty hanging over them.