The Supreme Court has raised the uniform civil code matter. But some parts of India already have a uniform civil code. Goa, Daman and Diu have been enjoying the benefits of such a law for well over a century, notes Reena Martins 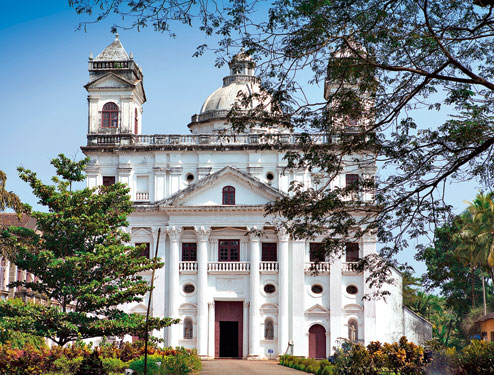 The uniform civil code is once again in the news. This time, however, it is the Supreme Court of India which has brought it up.

In October, a bench of Justices Vikramjit Sen and Shiva Kirti Singh questioned the Centre about its mandate on framing a code to bring in uniform standards cutting across religions. They were responding to a petition that challenged a two-year wait that is mandatory in a Christian divorce of mutual consent instead of the one-year wait mandated by laws of other religions.

It’s an issue that never fails to divide sections of communities. But in pockets of India, marriage, divorce, inheritance and other matters are decided by a uniform civil code. The Portuguese colonies Goa, Daman and Diu have been enjoying the benefits of such a law for well over a century.

Even after it was liberated from Portuguese rule on December 19, 1961, Goa’s family laws (marriage, succession and divorce) — common for all religions — continue to remain rooted in the Portuguese Civil Code of 1867.

“Goa has reached equitability in the perception of things,” says Radharao Gracias, a senior Goa lawyer. “The law has been in existence for more than a century — some five generations down the road — so religion doesn’t come into the picture.”

Across India, the Goa law is often cited as an example of a successful code. In Shri Damodar Ramnath Alve vs Shri Gokuldas Ramnath Alve, 1996, the apex court said the Portuguese civil code “had proved to be a powerful weapon to create and forge a cohesive, well-knitted and homogeneous society with its citizens living in peace and harmony, as well as to strengthen that basic unit of the society — the family — by safeguarding the interests of the children and of widows.”

Goa and other erstwhile Portuguese colonies do not allow triple talaq or polygamy. But, activists point out, that while women in Goa may have a lot more legal protection than their counterparts elsewhere in India, it does not translate into a better implementation of the law.

“We see women across religions being thrown out of their marital homes within months of marriage,” says Sabina Martins, a woman rights activist with Bailancho Saad, a voluntary group. “Despite a court order to retrieve their belongings they don’t always get police support.”

Under the Portuguese civil code, a marriage is legal only if it’s registered at the office of the civil registrar, with a few procedural differences between faiths.

Christian women are better insulated by virtue of an inbuilt protection. A Christian couple wanting to marry in church has to hand over a no objection certificate (NOC) from the civil registrar’s office to the church; and only after they’ve signed the church register as man and wife does the church pass on their records for processing to the civil registrar.

In the case of Hindus, there is no relationship between civil and religious marriage, but nowadays Hindu priests do insist on a civil marriage certificate, Martins says. “A number of Hindu women have been abandoned by their husbands for want of a civil registration. Some couples had merely applied for an NOC to the registrar, but had not got their marriages registered.”

Muslim couples also have to present a marriage certificate before the nikah.

However, there were signs of trouble fomenting a few years ago when there was a call for the Shariat law to be made applicable to Muslims in Goa, but that fizzled out as local Muslims expressed their satisfaction with the Portuguese civil code which protected their daughters, says Alvaro Noronha Ferreira, a senior lawyer and expert on the Portuguese Civil Code.

Parts of the Goa law would seem revolutionary to other states. Before marriage, partners can enter into a pre-nuptial or separation of assets agreement, drawing up a list of possessions that belong to each other. “This agreement is irrevocable but has no bearing on the children who have equal rights to both parents’ assets,” Noronha Ferreira says.
In the absence of a pre-nuptial agreement, spouses enter into a communion of assets agreement which makes them equal owners of each other’s assets, even after divorce and death.

The third option would be a combination of communion and separation of assets, whereby whatever is acquired or earned before marriage is held separately while that which is obtained after marriage is held in common. In the case of common assets, neither spouse can dispose of property without the consent of the other.

A parent can will only one half of his or her share to a chosen beneficiary. When a spouse dies, the surviving partner inherits a half of the deceased’s share, while the other half, if they have children, is to be shared equally by the couple’s male and female offspring, or grandchildren if an offspring is dead.

Inventory proceedings — a detailed description of assets, liabilities and debts of the estate inherited — precede any partition. This registered document becomes mandatory if one of the heirs is a minor, says M.S. Usgaocar, senior Supreme Court lawyer in Goa.

Former Supreme Court judge P.B. Samant points out that India does have a civil code, except in case of personal laws. “Currently the pro-Hindu rashtra group is pressing for a uniform civil code mainly to scrap the four-wife entitlement of a Muslim man, as they believe it increases population. They’re not even talking about the oral talaq, which also should be abolished,” he says.

“All religions must sit together and pick the best elements from each of their personal laws,” he suggests.