The dawn of Quantum computing 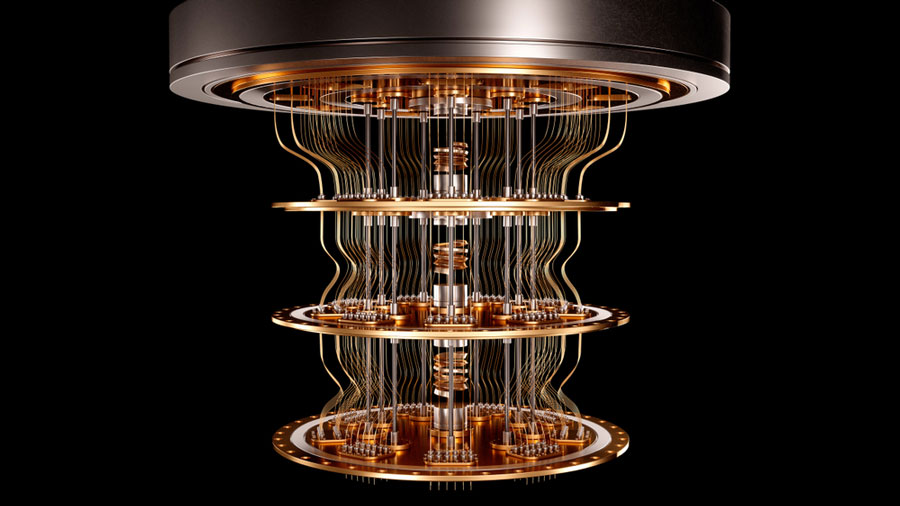 Investments in quantum technologies are growing because of their tremendous potential to revolutionize humankind, both in terms of aiding science and the business at large. With the world increasingly being challenged by ever more complex problems to solve, quantum computing is likely to give us solutions that classical computing cannot.

For example, we are currently trying to ascertain ways to deactivate the functioning of the coronavirus, which is less than 100 nanometres in size, by exploring computer-generated models of the spike-proteins of the virus. Another example of a complex issue is the exponential increase in the energy consumption rate with human population inflation. Both problems have an exponential number of variables, which cannot be solved by classical computers or even supercomputers within a practical amount of time. Situations like the above show that problems that are exponential in nature demand exponential computational power. Here’s where quantum computers can be of help.

From a usage standpoint, we can see quantum computing accelerating some of the most challenging problems in chemistry, optimization, and machine learning. In machine learning, quantum computing can be applied to train and run machine-learning algorithms that can allow us to solve complex problems quickly, improving applications like disease diagnosis, fraud detection, and efficient energy management. In the field of chemistry, material sciences and high-energy physics, the application of quantum computing is more on the simulation of the quantum mechanical system. Scientists at Mitsubishi Chemical are using quantum computers to better understand chemical reactions to help develop more efficient batteries. Optimization also opens up a vast variety of use cases like portfolio optimization, financial risk analysis and route optimization in supply chain areas.

From a time when quantum computing was mostly pursued by academics and theorists, it has reached a point where enterprises are beginning to explore its uses across industries. According to a survey by Gartner, 44 per cent of enterprises expect quantum technology to have a substantial impact on businesses in the next 3-5 years. Around the world, we are seeing a rise in investments in quantum research and development. Governments and industries see the vast potential of this technology in disrupting established business models and redefining entire industries. What that means is that several enterprises are now looking to hire developers who can programme and run quantum algorithms using the company’s data on real quantum hardware.

Developers who demonstrate fundamental knowledge of quantum computing concepts and can use the various quantum software development kits like Qiskit are now in demand. Today, there are multiple offerings from industries that provide a path for developers with various backgrounds to earn a certification in programming, allowing them to leverage their quantum coding skills to address various use cases for the industry. A survey from Burning Glass Technologies notes that the skill areas projected to grow the fastest include Quantum Computing and Connected Technologies, with forecasted growth rates of 135 per cent and 104 per cent, respectively. We can expect that enterprises will look to hire those who have the necessary knowledge and skill sets in this new field.

The work to build future-ready quantum skills is already underway. In 2020 and 2021, several universities like the Indian Statistical Institute, Calcutta, the University of Calcutta, the Indian Institute of Technology Madras, IIT Kharagpur and the Indian Institute of Science, Bangalore started courses for students to accelerate advanced training and research in quantum computing. For those who want to understand the basics of quantum computing, the free online course, ‘Introduction to Quantum Computing and Quantum Hardware’ by Qiskit includes labs and hands-on sessions. There are also other free and paid online courses available today on several online learning platforms. It is very easy for someone with basic understanding of linear algebra and Python skills to get started on quantum computing, now accessible via Cloud, and write algorithms in Python and run them on an actual quantum computer.

There is a need to have a strong industry-academia-government collaboration to build an ecosystem that can further quantum adoption in India. For example, IBM has collaborated with India’s leading universities to accelerate advanced training and research in quantum computing. This collaboration will allow access to IBM quantum systems, quantum learning resources and quantum tools over IBM Cloud for education purposes. This will also allow one to work on actual quantum computers and programme them using the Qiskit open-source framework.

Quantum computing is on the verge of bringing about a paradigm shift. Even though universal quantum computing has not yet reached mainstream commercialization, we believe that specific applications such as chemical modelling, scenario simulation, optimization, and artificial intelligence/ machine learning could be a significant competitive advantage. Advances like these could also open the door to new scientific discoveries, life-saving drugs, and improvements in supply chains, logistics and the modelling of financial data.