The role of sturdy social infrastructure in China 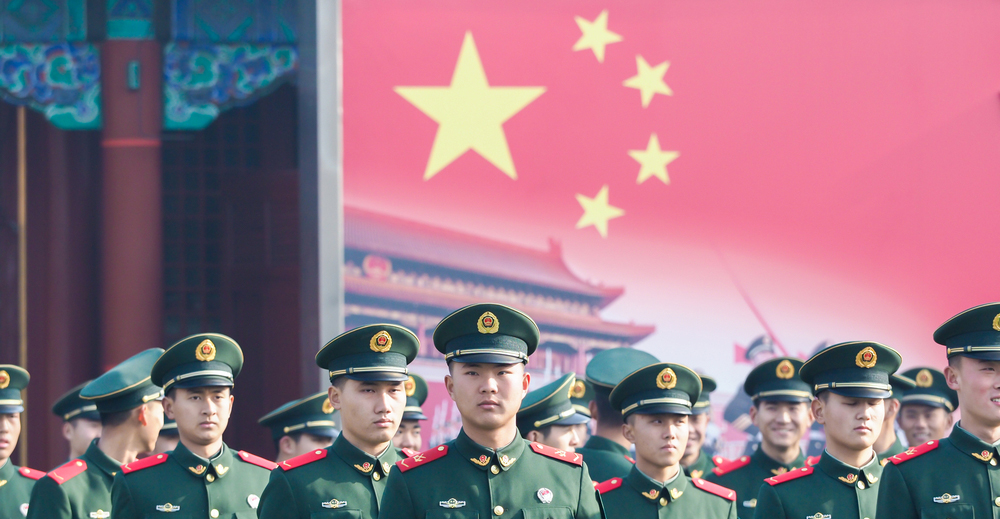 A group of Chinese army soldiers line up in Tiananmen. China’s assertion of military and political power in Asia and in the South China Sea and a comprehensive display of economic power globally through the Belt and Road Initiative has ensured it remains the world's second-largest economy.
Shutterstock
T.C.A. Raghavan   |   Published 16.01.19, 03:38 AM

Last month witnessed the commemoration of the 40th anniversary of an event of great significance in the history of modern China. President Xi Jinping underscored its importance by signposting it with what he termed as two other epochal stages and milestones in the “great national rejuvenation” of China in modern times after the May Fourth Movement in 1919: the founding of the Communist Party of China in 1921 and that of the People’s Republic of China in 1949. The third, whose 40th anniversary commemoration the Chinese president observed on December 18, 2018, was that of China’s reform and opening up announced by Deng Xiaoping in December 1978.

The superlatives employed in Xi’s speech would perhaps not be disputed by many: a “great revolution that propelled a quantum leap forward in the cause of socialism with Chinese characteristics”; “a great reawakening of the Communist Party of China, nurturing great creativity in both theory and practice” and so on. The pride with which the Chinese leadership regards this 40-year process is understandable. Xi Jinping quoted Deng Xiaoping’s “Poverty is not socialism” and said: “China has lifted 740 million people out of poverty in the past 40 years.” Cynics will carp about the details; nevertheless, most people would not dispute the basic point — the past four decades have been transformational for China and, in this period, more people were lifted out of mass poverty than ever before in any country.

Inevitably, the 40th anniversary of the Chinese reform process leads to India-China comparisons. Such comparisons have a history going back to the beginnings of India and China as independent republics. It was natural that there would be interest in the world’s two largest countries adopting radically different trajectories of development, while confronting common problems of poverty, illiteracy, inadequate healthcare an so on. That both emerged on the world stage in the aftermath of World War II and heralded a wave of decolonization even as the Cold War set in further riveted attention on evaluating the respective merits of the Chinese socialist and the Indian democratic paths. Both sides have had their respective scholarly protagonists and critics in the West. The democratic openness of India meant that it stood more exposed. For some, the Chinese trajectory had far more promise from the very early years. The British economist, Joan Robinson, represented this stream of thinking. A frequent traveller to India, her enthusiasm for the Chinese path, especially during its Cultural Revolution, stood in contrast to her far more cautious views about India. Yet, from the 1970s, as information percolated about the excesses of the Cultural Revolution and the equally disastrous Great Leap Forward with tens of millions of starvation deaths, the Indian democratic model seemed to offer its own strengths despite its sedate pace and preference for moving with the status quo.

After the opening up of December 1978, and the rapid growth of the Chinese economy, the pendulum shifted radically in the other direction. As foreign investments poured into China and its growth rates soared, the Indian experience seemed to lack lustre. With the opening up of the Indian economy in the early 1990s, the gap between the two did reduce but by the beginnings of this century the differences — in terms of per capita income, GDP, and virtually every economic indicator available — were vast. After the global financial crisis and in this decade, it is now a given that China’s growth model, regardless of its own flaws, has been a triumphant success. The per capita GDP of China and India, almost the same in 1979 or 1980 at US $300 and $275 respectively, were by 2017 separated by a multiple of four or more.

Answering the questions of how and why this occurred has spawned a vast scholarship of theory and empirical research. Some explanations begin with the differing political systems that govern the two economies — decision-making is more rational and quicker in a centralized communist party-run State than in a fractious, federal, multiparty democracy. Then there are differing weightages assigned to the roles the two diasporas have played in the economic advancement of the mother country — overseas Chinese are generally believed to have been more enthused participants in the Chinese modernization programme than in the Indian case. Other explanations point to the enabling global environment for China’s growth story from 1979 and how it had a supportive US element from the very beginning. For instance, the reforms and opening-up decision of December 1978 were followed by the establishment of diplomatic relations between the United States of America and China on January 1, 1979. In any event, 1979 had also heralded, apart from numerous other changes, the beginning of a new age of globalization with market forces being accorded a new primacy by major governments. Margaret Thatcher had become prime minister of the United Kingdom in May 1979; Ronald Reagan was elected president of the US a year later in November 1980. Their tenures in office are associated with the globalization of the world economy, with freeing of controls on the mobility of capital and numerous other changes. The Chinese economy would most reap the advantages from the expansion in trade and investment that followed. The corollary to this is that India’s growth spurt took place in a less conducive global environment than which existed in the 1980s and 1990s.

The contrast in the growth trajectories of China and India post 1979 has, over the past decade, also acquired a geopolitical dimension. China’s assertion of military and political power in Asia and in the South China Sea and a more comprehensive display of economic power globally through the Belt and Road Initiative ensure this. It inevitably adds a greater requirement on the Indian economy to grow faster and perform even better. This geopolitical dimension also means an even greater focus on the gaps that have emerged between China and India in terms of physical, urban and industrial infrastructure.

That these gaps are quantifiable and, often, self-evident make them also more easily actionable subjects of government policy. Nevertheless, in the examination of the reasons of China’s faster and deeper growth spurt since 1979, there are another set of explanations. These move away from the realm of economic policy and the traditional dividing line of 1978 or 1979 and locate the present gulf between the two economies both in a longer time span and in the non-economic realm. Chinese social indicators beginning with education (literacy rates) and health (death rates) have been better than India’s and this difference predates 1979 or the time from when Chinese GDP growth started rising dramatically. For example, life expectancy at birth in India in 2011 at 65 years was at about the level China had already achieved by 1980. A similar trend is visible for indicators such as under-five-year mortality rate or infant mortality rate. Statistics on basic literacy would show a similar picture. In brief, the Chinese economy may have had a sturdier social infrastructure base in the 1980s to embark on its growth spurt.

Very clearly, in the years ahead, Chinese economic growth rates will slow and India’s will surge. For us to sustain high economic growth is an obvious enough domestic priority. That improvement in social infrastructure may be a prerequisite for sustainable high growth rates is a lesson of the Chinese experience that we cannot afford to overlook.