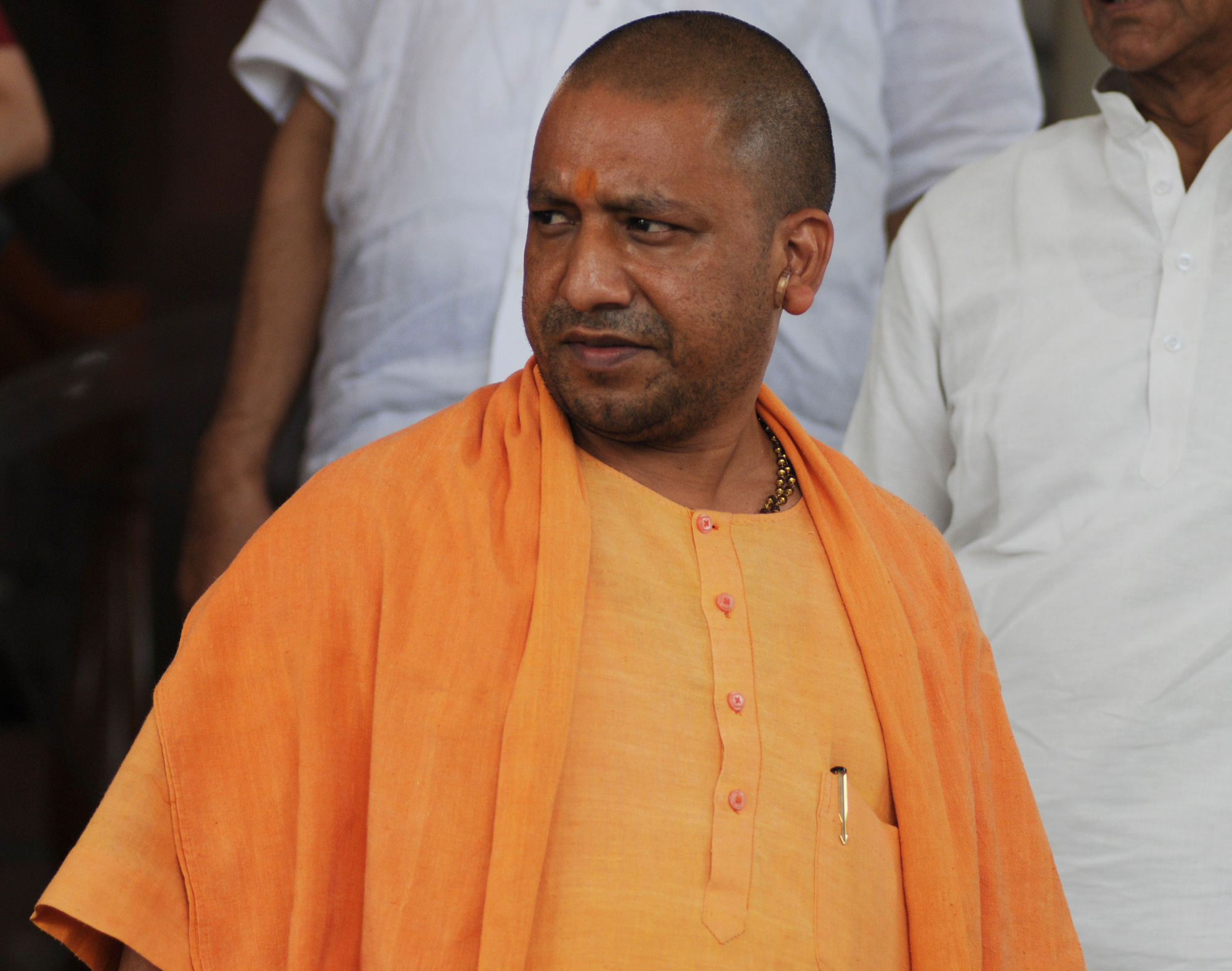 The chief minister of Uttar Pradesh, Yogi Adityanath, a monk ministering distinctly temporal matters, has declared - tellingly at a pre-election rally in a state where a fifth of the population is Dalit - that the god Hanuman is of Dalit lineage
The Telegraph picture
The Editorial Board   |     |   Published 02.12.18, 02:44 AM

To the cynical mind, politics has always seemed like a bit of monkey business in this country. Now, with the dawn of New India, whose architects have taken utmost care to blur the line separating myth and history, apes have become serious business in politics. So much so that the Indian Council of Historical Research, an agency committed to funding pedagogical enterprises, diverted a portion of its precious resources to sponsor a study of the limestone shoals that the sangh parivar and its supporters insist were built by an army of simians so that Rama could cross an ocean. The Bharatiya Janata Party’s knowledge of monkeys and their business is enviable: for it seems to predate even the goings-on chronicled in the Ramayana. What else can explain the confidence with which Satyapal Singh, the minister of state for human resource development, discredited Darwin’s theory of evolution that had dared to suggest that man descended from apes. Mr Singh believed that his reasoning, unlike that of the great scientist, is based on logic. None, according to Mr Singh, has witnessed the transition from ape to man. Has Mr Singh been around eternally to certify that monkey did not beget man? Unlikely. But Mr Singh and the BJP would like India to believe that they are knowledgeable creatures in such matters: is not their scholarship on primates formidable?

More evidence has now tumbled out to support the BJP’s monopoly on primates. The chief minister of Uttar Pradesh, Yogi Adityanath, a monk ministering distinctly temporal matters, has now unlocked the lineage of Hanuman, that divine, courageous, monkey-god revered by Indians, stating that the deity is Dalit. Tellingly, Mr Adityanath shared his revelation while addressing a political rally in poll-bound Rajasthan where Dalits reportedly account for a fifth of the population. Mr Adityanath’s intentions are expressly political, not pious. In a state where the BJP is battling anger and anti-incumbency, he fell back on a time-tested strategy to appease disgruntled segments of the population by attempting to integrate a divine figure into the Dalit pantheon. Unfortunately, it does not befit puny humans — even a yogi is not an exception — to play with gods. For his troubles, Mr Adityanath has been slapped with a legal notice by the Sarva Brahmin Mahasabha; theories have also been presented by competing constituencies to argue that Hanuman, among other avatars, is an Aryan as well as a forest dweller.

The scramble among mortals to ascertain Hanuman’s lineage reveals, once again, the depth of the roots of identity in India’s political soil. Political patronage, irrespective of party line, has helped nourish identity politics which, along with polarisation — yet another potent weapon in the BJP’s political quiver — has been known to tear the social fabric apart. But the potency of identity mirrors a wider churning. As democracy deepens, bringing in its wake legitimate demands of equality among the oppressed classes, identity becomes the fulcrum around which political mobilisation takes place. Tokenism, painting Hanuman with the casteist brush, is unlikely to stem the tide.