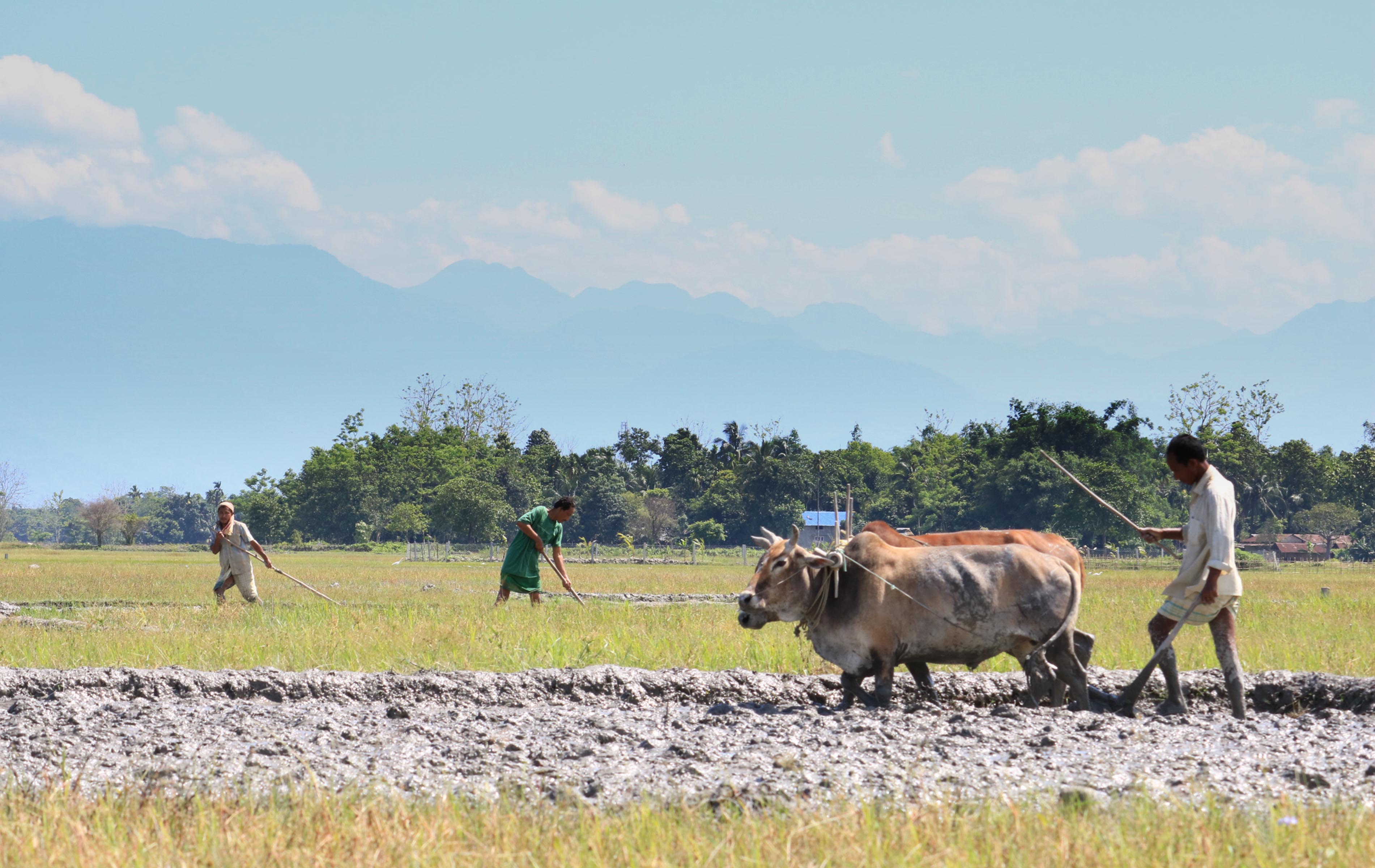 The BJP's manifesto promised to implement a farm insurance scheme to take care of crop loss due to unforeseen natural calamities, implying universal coverage, but what we have in reality is a mechanism that has inconvenienced farmers
UB Photos
Nilesh Jain   |   Published 20.11.18, 12:59 PM

The new farm insurance scheme, introduced in 2016, the Pradhan Mantri Fasal Bima Yojana, has reportedly consumed thrice as much money as earlier schemes without either increasing the number of beneficiaries or giving farmers a fair claim. The PMFBY allows states to choose insurance companies through competitive bidding. Companies which propose to collect the least premium are selected to implement the scheme for a particular district. The entry of private companies is supposed to reduce the premium burden on the government. However, the PMFBY has allegedly increased the average actuarial premium collected across the country to an average of 12.55 per cent of the insured amount. It is a ‘revised’ and ‘improved’ form of the pre-existing agriculture insurance schemes. While the hype about universal cover for crops of all kinds is incorrect, the PMFBY did expand the nature of risks covered, reduce the unit of insurance down to a village and kept farmers’ share in premium to a reasonable level.

The first four seasons have been extremely unsatisfactory. This is because the scheme did not cover some critical and growing risks like damage by stray and wild animals. The new and welcome feature of the village as the unit of damage assessment was extended only to the ‘major’ crop for each district, leaving cultivators of other crops vulnerable unless the entire tehsil or district suffered a calamity. But the scheme has floundered mostly because of implementation failure, collusion between government agencies and private insurance companies and the lack of political will to honour the interests of farmers. The PMFBY continues to be plagued by the problems that beset earlier farm insurance schemes. Most farmers are not aware of how they can get insured, the terms of insurance, the details of premiums or payouts as well as the existence of crop insurance itself. Insured farmers don’t even receive a policy document from the bank confirming the insurance.

Out of 11.87 crore farmers in India, 5.72 crore have subscribed to the scheme, voluntarily or involuntarily. However, the scheme witnessed a decline of 20 per cent in 2017-18; only 4.87 crore farmers opted for PMFBY in 2017-18. The year, 2016-17, has witnessed a very good harvest for insurance companies. Of Rs 20,810 crore paid by the farmers, the Government of India, state governments and insurance companies pocketed almost Rs 6,934 crore solely on the premium amount. Their profit from claim settlement was a sum of Rs 89,325 crore. Out of the gross premium, insurance companies paid out Rs 12,982 crore as claims to almost 1.2 crore farmers. The average crop insurance claim to farmers for 2016-17 was Rs 10,790.83.

The manifesto of the Bharatiya Janata Party promised to “implement a farm insurance scheme to take care of crop loss due to unforeseen natural calamities”, implying universal coverage for all farmers from all kinds of calamity. What we have in reality is a mechanism with severe limitations that has inconvenienced cultivators.