Editorial: Bankers in a stew 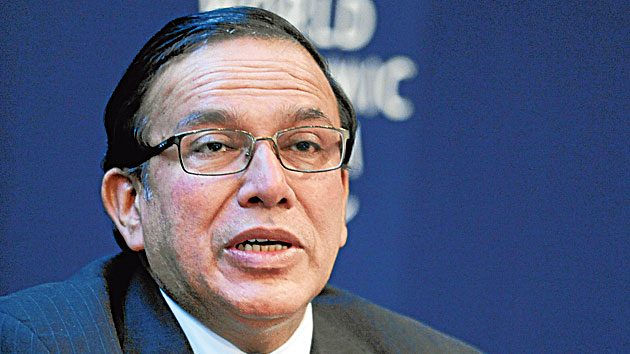 Bankers have been cowering in fear for years, terrified at the prospect of being dragged out of retirement and hounded by federal agencies for what they later construed as fraudulent or bad faith commercial decisions. But recently, when the Rajasthan police suddenly arrested the former State Bank of India chairman, Pratip Chaudhuri, over the sale of a hotel in Jaisalmer to recover dues arising from a toxic loan asset, it sent a renewed frisson of fear through the banking industry. If Central agencies have been egregious in the way in which they have carried out certain investigations in the past, it now appears that the state agencies could be a lot worse. Mr Chaudhuri was arrested from his home in the national capital and spirited away to Rajasthan without informing the local police. Even more disturbing is the fact that it occurred a couple of days after the Centre finalized a protocol that public sector banks should adopt while dealing with accountability in fraud cases. The new guidelines, which will apply to borrowings classified as bad loans after April 1 next year, are designed to provide comfort to bankers who have been putting off decisions because they are petrified of a witch-hunt.

The bad loan crisis has often been blamed on the so-called ‘zombie lending’ by under-capitalized banks that took place between 2009 and 2013. The Narendra Modi government has, in the past, blamed the previous administration for allowing the problem to fester by permitting banks to ‘evergreen’ loans in the face of possible default. The Centre started to tighten the screws on banks by forcing them to classify bad loans with tough provisioning requirements. The process was somewhat impeded after the pandemic broke out and the Supreme Court stayed the implementation of loan classification rules in September last year. The stay has since been lifted. In early April, the Reserve Bank of India ordered resumption of bad loan recognition rules and the situation has improved. But a worry lurks: the RBI said in its Financial Stability Report in July that stress tests had shown that the gross non-performing accounts ratio of banks could rise to 9.8 per cent by March 2022 from 7.48 per cent at present. In a severe stress scenario, it could jump to 11.2 per cent.

Bankers are under pressure to grapple with a tough, evolving situation. The last thing they would want is to be paralysed into indecision because of the fear of a sweeping investigation by policing agencies. These concerns have been raised many times in the past. In late 2019, the bankers said they feared the three ‘Cs’: the Central Bureau of Investigation, the Central Vigilance Commission and the Comptroller and Auditor General. The finance minister, Nirmala Sitharaman, had tried to allay those fears and even chaired a meeting between bankers and the enforcement agencies. But Mr Chaudhuri’s arrest has opened up a new house of horrors for bankers.