Advertisement
Home / Opinion / The abrogation of Article 370 has backfired horribly

The abrogation of Article 370 has backfired horribly

In seeking to spite the Kashmiris, the Narendra Modi government has succeeded only in harming India 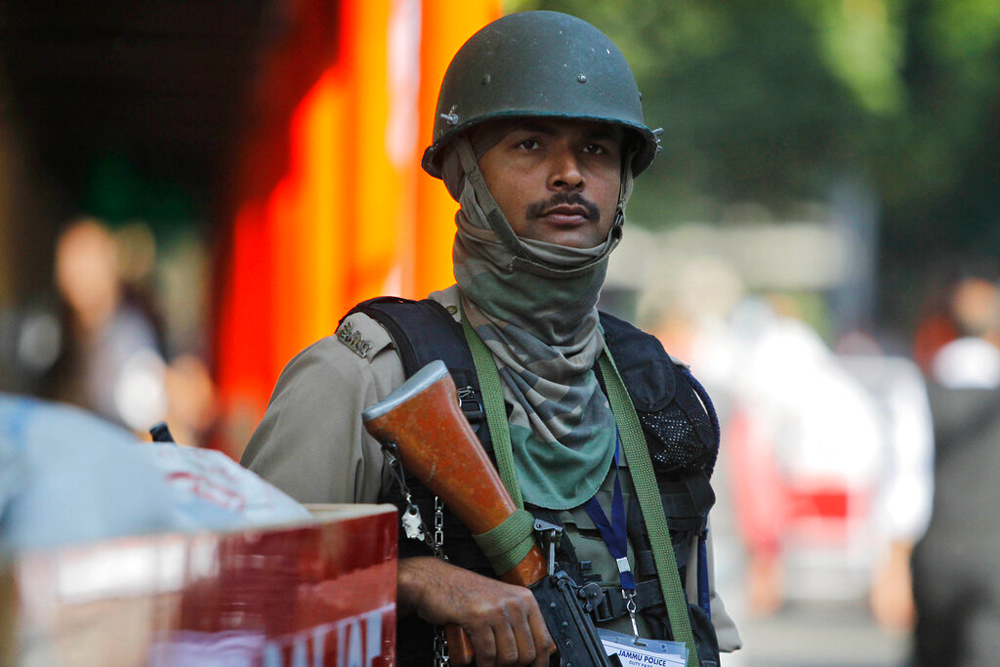 In sixty-one years as a citizen of this republic, few events have affected me as deeply as the abrogation of Article 370. This action of my government disturbed me because of its harshness, and because of how widely it was welcomed among the public at large. For many Indians, the troubles in Kashmir over the past few decades had been entirely caused by Pakistan, which bordered the state, claimed it as its own, and had in pursuit of its own agenda fomented three wars against India while sending a steady stream of terrorists into the Valley. If there was a secondary villain for this section of the Indian (read Hindu) public, it was the Kashmiri Muslims, for having not adequately shown their gratitude to India for the special privileges that had been granted them, and for having purged the Valley of the Hindu residents (known as Pandits) who had once lived there. Therefore, this abrogation of Article 370 was seen as a slap in the face of Pakistan, and of the ostensibly pampered Kashmiris too. On social media, raucous Hindu majoritarians exuded a naked triumphalism, some exulting in the possibility of owning homes overlooking lakes in the Valley, others indulging cruder fantasies of possessing beautiful Kashmiri women.

As a historian, I had studied the Kashmir issue for many years, and I had visited the state several times too. Both reason and instinct told me that my government’s action was wrong; morally as well as politically. Converting their state into a mere Union territory would be seen as utter humiliation even by those Kashmiris previously well-disposed to India. And suppression and brute force had never been known to bring either peace or prosperity.

The timing of the government’s clampdown on Kashmir was also strange. Narendra Modi had just been re-elected with an impressive majority; at a time when the faltering economy needed urgent attention, and foreign investment was not forthcoming, why risk adverse international publicity by such a draconian measure? Was, one wondered, the action driven by majoritarian hubris, by the desire to rid India of its only Muslim-majority state?

In the days after August 5, I had several conversations on Kashmir with a friend who is an entrepreneur in Bangalore. Unlike me, he enthusiastically approved of the abrogation of Article 370. He said the status quo was unacceptable, and something had to be done to break it. He was very optimistic about the outcome of this radical rupture; he thought that now that Kashmir had been legally ‘integrated’, a wave of investments would flow into the Valley, and the subsequent economic prosperity would prevail over any remaining sectarian discontent.

It is now more than three months since the abrogation of Article 370. The news coming in from the Valley suggests, sadly, that it is my own fears, rather than my friend’s hopes, that are being realized. Reports in The Telegraph speak of crippling economic losses — Rs 10,000 crore, and counting — suffered by workers, artisans, and small traders because of the security blanket and communications shutdown in Kashmir.

A week after the abrogation of Article 370, India’s richest industrialist, Mukesh Ambani, promised to announce a wave of investments by Reliance in Jammu and Kashmir. He would, he claimed, set up a ‘special task force’ for the purpose. The governor of Jammu and Kashmir meanwhile said a special investors’ summit would be held in Srinagar in September. I knew at once that this was mere posturing. And so it has turned out. Mukesh Ambani has stayed conspicuously silent on Kashmir since; while the government’s own planned ‘investment summit’ has been postponed indefinitely.

Promised more jobs, more factories, what the Kashmiris instead have got since August 5 are more troops, more restrictions. This has angered them immensely, pushing even the more moderate among them away from identification with India. The lawyer, Nitya Ramakrishnan, and the sociologist, Nandini Sundar, recently travelled through the Valley, meeting with a wide cross-section of ordinary Kashmiris. They report that “the constituency for Pakistan has increased drastically, along with those who regard Hurriyat leader [Syed Ali Shah] Geelani as their main leader. There are no takers for the so-called full integration that the Government of India is promising post-370, especially given that this promise has come with a communication blockade, heavy military presence, severe repression, and the denial of fundamental rights which are in theory available to every Indian citizen.”

Ramakrishnan and Sundar found that the Kashmiris had chosen to show their anger and discontent through Gandhian-style satyagraha. Thus “the Shopian fruit mandi was completely closed with not even trucks parked outside. One grower we met said he was prepared to lose lakhs if the hartal helped to get azadi.” Meanwhile, “while schools are technically open, no children are going to school. The teachers mark attendance for a couple of hours a day, sometimes 2-3 times a week. A six year old girl in Soura Srinagar said she was scared to go to school because ‘police uncle goli marenge’. Parents don’t want to send their children to school with such heavy militarization and without phones… Rural schools are shut. Even if it’s within the locality, the armed forces are everywhere and people are scared they [sic] may be some incident/shootout.”

Ramakrishnan and Sundar note: “While people hate the Indian government, they displayed enormous hospitality and graciousness to us as ordinary Indians. They have no problem with Indians, so long as they are not from the media.” (Readers interested in the full report can find it at http://nandinisundar.blogspot.com/2019/10/go-back-to-india-and-cover-every-statue.html).

The increased suffering of the Kashmiris post-August 5 is also documented in another report, prepared by the mental health professionals, Anirudh Kala and Brinelle D’Souza, the writer, Revati Laul, and the social activist, Shabnam Hashmi. This foursome travelled through five districts, speaking to a wide cross-section of the citizenry. They write that “Kashmir is riddled with fear that spiral binds itself in sharp concertina wire around the valley. There are stories of torture, arrests, even of young boys detained under the draconian Public Safety Act.”

The report by Kala et al is very rich and detailed; it runs to 70 pages. Here are some quotes from ordinary Kashmiris:

“TV is all saffronized. (The) crap that they’re dishing out to the public.”

“Can you live without a phone for even an hour?”

“They can subjugate us physically, but mentally they can’t.”

“There is a loss of trust, a feeling of deep betrayal, humiliation! There was a strong pro-India sentiment before August 5. We used to say Pakistan is not a democracy, there is no secularism there!”

“The middle ground has been lost forever! The pro Azadi and pro Pakistan sentiment was actually not substantial. But today people are talking about Azadi!”

The group also visited Jammu, where, they found, the initial euphoria at the government’s decision had disappeared, now that its awful costs had become apparent. The economy of Jammu and the economy of Kashmir had always been intimately connected. Now, with trade, travel, tourism and transport between these two regions coming to a halt, many Jammu residents were feeling the pinch. As one person bitterly remarked, “The biggest fallout of 370 is in Jammu. The taxi business has failed, hotel — failed, transport — failed, tourist — failed.” Another Jammu trader said: “We are in the Dussehra season. The wholesale market — the mandi is normally so crowded there’s no place to stand. Now it’s desolate. Empty.” (See http://sanhati.com/articles/19333/)

It is important that these two reports are widely read. For they demonstrate that the abrogation of Article 370 has backfired horribly. It has furthered the alienation of Kashmiris from the rest of the country, placed unwanted (and unnecessary) burdens on our security forces, brought much adverse publicity for India in the foreign press, and diverted attention from the economic and institutional renewal that is so vital to our future. In seeking to spite the Kashmiris, the Modi government has succeeded only in harming India.