Protection efforts must be stepped up to save the big cats 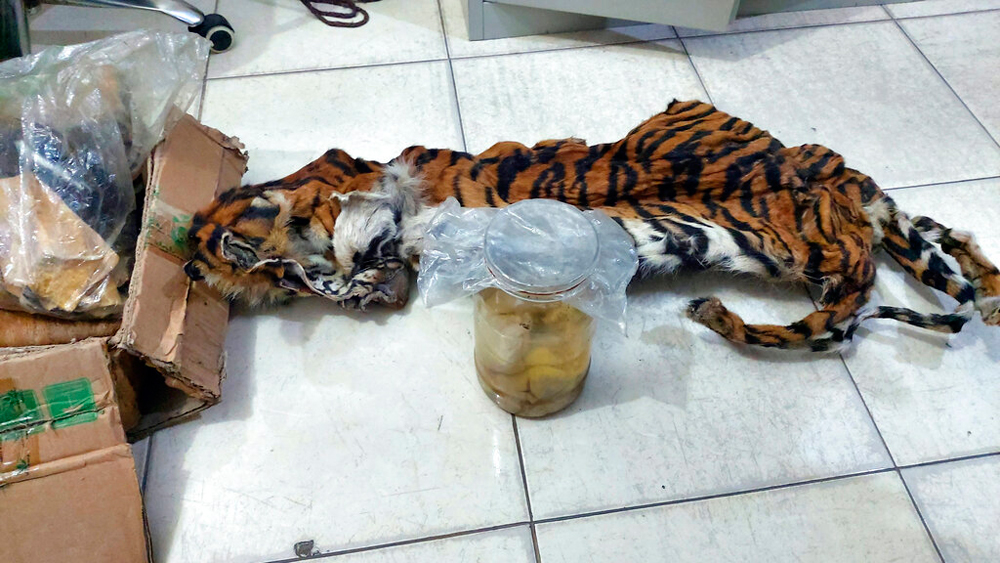 Sir — It was appalling to read about the Sumatran tiger that was found dead by the Indonesian police. Even worse was the discovery of four tiger foetuses being kept in a plastic jar. Five people have been arrested for the poaching of the critically endangered big cat, but it must be asked why the killing was able to occur at all. Given that Sumatra has lost more than half of its forest cover since 1985 on account of rapid deforestation, Sumatran tigers in the wild number around 400 — a paltry figure. While deforestation makes poaching easier, it also means that protection efforts must be stepped up. If this is not done, there might soon be no more of these big cats on the island.

Sir — It is unfortunate that Russia has been banned for four years by the World Anti-Doping Agency from participating in the world’s major sporting events — including the Olympics in 2020 and the Fifa World Cup in 2022 — on grounds of doping non-compliance. The Wada took this decision after concluding that Moscow had planted fake evidence and got rid of files linked to positive doping tests in laboratory, data that could have aided the process of identifying drug cheats.

The agency has confirmed that the Russian football team cannot take part in the World Cup in Qatar under the national flag. It can only participate as a neutral side. However, it is not clear how competing as neutrals at the World Cup will work in practice. Fifa, the world’s football governing body, said it was in contact with the Wada to clarify the details of the decision. Irrespective of what happens for the Russian team with regard to football, the nation’s athletes will certainly not be able to perform at the Tokyo Olympics next year under their own flag.

It must be noted that Russia has been embroiled in performance-enhancement drug scandals since a 2015 report commissioned by the Wada found evidence of mass doping among Russian athletics. Many athletes were sidelined over the past two Olympics, and Russia was stripped of its flag altogether at last year’s winter games in Pyeongchang as punishment for State-sponsored doping cover-ups at the Sochi games in 2014. One of the conditions for the reinstatement of the Russian anti-doping agency, RUSADA, had been that Moscow would provide an authentic copy of the laboratory data. However, the punishment does still leave the door open for Russian athletes who are clean to compete at big international events without their flag for the coming years, something they did at the Pyeongchang Olympics.

There have been protests claiming that the Wada’s decision is part of a broader Western attempt to hold Russia back from progressing in the international arena. How will Russia’s absence affect the Tokyo Olympics and the World Cup in Qatar? If Russian athletes cannot participate in the Olympics, then a lot of the tournament’s sheen will disappear. After all, Russia is a sporting power to be reckoned with. The brilliant performances of its athletes often set new global standards in sports.

Sir — On account of the decision of the Wada, Russia has been barred for four years from all international athletic tournaments. However, it will be playing in the UEFA Euro football tournament in 2020, as it is being hosted in St Petersburg. One wonders how Russia will weather this storm, as the harsh decision will have come as a huge shock to aspiring athletes. Having said that, Russian sportspersons can still compete under a neutral flag.

Sir — It is shameful that a man detained in a sexual abuse case in Chennai — he was in handcuffs, no less — managed to give the cops a slip and escaped from the police station. One used to think that such things only occurred in films, where the police are often shown to be inept so that the protagonists can save the day. The carelessness of the police in this case allowed an alleged criminal to run away. Clearly, real life is not much different from the movies.