Since the lockdown, there has been no word from those in power — be it the Central or state government — on how to bring the industry back to productivity 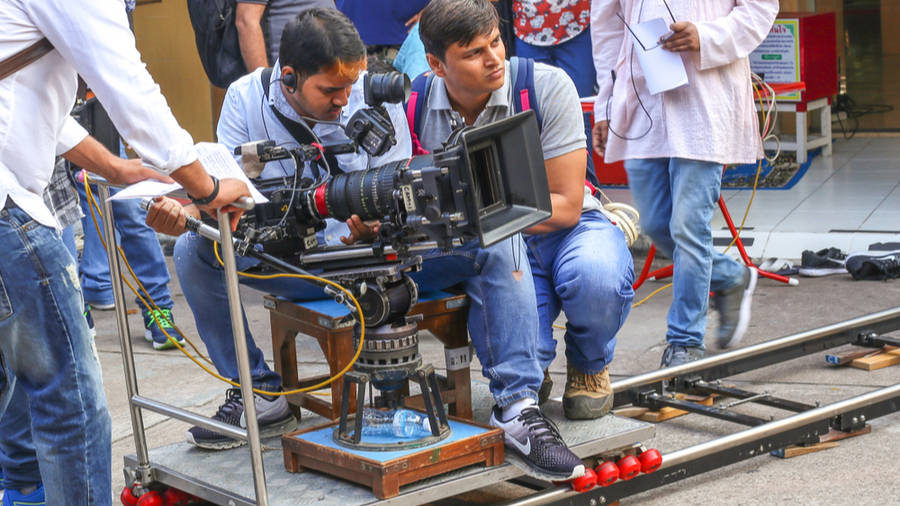 A lot has been written about the Mumbai-based film industry vis-à-vis the death of Sushant Singh Rajput. What got completely ignored is the crisis faced by lakhs among the industry workforce. Production activities were brought to a complete halt on March 19 itself. Not less than three to five lakh workers from Mumbai’s film and television industry are now battling for survival.

It is a matter of pride that Indian cinema has impressed hundreds of thousands of viewers all over the world. There are psychological, social and emotional reasons for identifying with Indian cinema. But these bonds have nothing to do with the harsh realities in the life of the industry’s workers. Since the lockdown was clamped, there has been no concrete word from those in power — be it the Central or the state government — on how to bring the industry back to pre-Covid productivity. The film industry is not a part of the organized or the unorganized sector. The majority of the nearly three to five lakh workers — only counting those in Mumbai — are at the mercy of their colleagues or fate. There is no reliable data on how many people work in Mumbai’s film and television industry; it has been estimated that as many as two million people depend on this unaccounted workforce.

The Mumbai film and television industry comprises 32 trade bodies. They include associations of directors, producers, writers, technicians and support staff. Nominated representatives from these associations form the Federation of Western India Cine Employees, a sort of an apex body of workers. This is a platform meant to raise issues or grievances collectively with formal bodies of the state or with Central agencies. There are similar industries in many other Indian cities; they, arguably, are facing the same crippling crisis.

A few production houses have shown courage in trying to resume work. But there are conflicting reports that they are facing intimidation from the authorities in the name of flouting Covid-19 guidelines. The daily output is another concern on the scale of the cost-benefit ratio. The veteran Marathi and Hindi film actor, Ashalata Wabgaonkar, succumbed to Covid-19, having caught the infection on the sets created outside Mumbai. Several members of the unit showed signs of being Covid positive. These developments have added to the alarm.

The well-crafted noise of spectators’ shouts and hurrahs that have been seamlessly merged with live commentary during the Indian Premier League matches may be an example of the technological brilliance and the talent in the trade but these are aberrations at best. There seems to be no solution to the crisis at the moment.

It is absurd to call this sector an ‘industry’. It is, in fact, a mix of fragmented creative determinations based on an ingenious amalgamation of talent from different fields in order to sell dreams for those who put money in them and want to make much more out of these dreams. The rest is a by-product of an illusion. Astonishingly, the process is perpetual in nature and the products churned out are equally astounding.

What has been the hallmark of this trade — at least this was the case till the recent past — was the consolidation and the fusion of diverse passions and perceptions in a manner not seen in any other section of society. Neither caste nor creed is a concern here. This is a homogeneous society composed of versatile talents absolutely devoted to their cause and craft. It is pertinent to point out that the film industry — I am excluding the television industry deliberately — was and, to a great extent, still is the most secular entity to have emerged in post-Independence India.

It was also one of India’s most cordial workforce. How many of industry disputes are languishing in Indian courts? I doubt if the figure will go beyond the two-figure mark.

Alas, of late, the matrix has started showing signs of change. The harbingers are ironically being selected from the most vulnerable segments within this industry in collusion with those who have ulterior motives. The motive, in other words, is a subtle and clever imposition of a particular marque. It has taken more than a century to make Mumbai the Mecca of the Indian film industry. The annihilation of the soul of Mumbai’s film industry may not take that long. The allegations of drug abuse, nepotism, and nasty designs to kill budding talents are a sign of things to come.