Advertisement
Home / Opinion / SPOOKY FOR ALL TIMES - Of dak bungalows, compounds and bageechas

SPOOKY FOR ALL TIMES - Of dak bungalows, compounds and bageechas 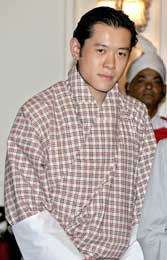 For the British rulers, whose morbidity and mortality rates were alarmingly high in an inhospitable land, trying to build homes and offices that minimized the ravages of disease and discomfort was by no means a minor preoccupation. As early as the end of the 18th century, the bungalow emerged as a distinct meld of styles. The Hobson-Jobson — that invaluable lexicon on legitimate and other entrants into Queen’s English — has a long and detailed description of it, the etymology of the word being traced back to the common hut of the Bengal (Bangla) peasant. By the end of the 18th century, the East India Company’s engineering department was working on transforming the bangla, now also known as bungelow, bungelo, bangalla and, finally, bungalow.

Though initially the term referred to dwellings in up-country Bengal, Anthony King, an authority on the bungalow, found mentions of it, in 1810, in Lucknow, Bombay and parts of south India. After 1820, notes King, when the term ‘bungalow’ came to stay, the semantic change coincided with a widening of its meaning: it was now not limited only to an Indian-type dwelling but also one made of bricks and mortar — and later, with a flat, terraced roof rather than only a sloping one. The latter developed into official dwellings for those who were to run the Raj. With the establishment of the Public Works Board in 1854 (the 1850s was clearly a decade of vast change — the coming of the railways, telegraph and change in governance offset by rumour and rebellion, greased cartridges, dubious chapattis and indigenous rage), a Military-Board style emerged.

The gallery around the bangla was later developed into the all-important verandah. In 1793, the artist William Hodges observed that rooms radiated outwards from the central space, and verandas were often partitioned off to accommodate servants and others. This feature of tropical architecture possibly came to India from Portugal. Though variants started proliferating in urban areas, the bungalow had a distinctly moffusil air about it. Unlike the courtyard-based homes of the urban ‘native’ quarters where the focus was inwards, the bungalows looked outwards, to the veranda and the compound beyond.

The word compound can be traced to kampungs of the British factories in Malaya; the concept soon spread to other parts of the Empire, encapsulating the fields and in the case of bungalows, gardens around them, usually enclosed by what was known as the ‘compound wall’. Writing of the Commissioner’s residence in Cuttack, R.C. Dutt, an early member of the Indian Civil Service, says that the “park-like compound with its avenues and grassy lawns and shady trees” gave shelter to over twenty deer. Notions of boundary and inclusion secured life for the privileged; walls and compounds became the markers of belonging and of exclusion.

Of abiding interest — and not without an air of mystery — were the bungalows for the itinerant in the mofussils: the sub-divisional officer on duty, the engineer on inspection and the forester out to trap poachers. Thus, irrigation, canal, forest and the generic inspection bungalows catered to these specialized personnel. The circuit houses were for the judiciary while the dak bungalow acquired a certain ubiquity – and, as we shall see, notoriety. Taken over from the Moghuls, the dak system relied on relays of runners who carried the mail. Dak bungalows marked the point where relays changed, and also where officers could rest for the night. For inexplicable reasons, these rather basic and often uncomfortable abodes excited the imagination of travellers and commentators like Francis Younghusband, the Bengal civilian, John Beames, and creative writers from Rudyard Kipling to Satyajit Ray.

In the absence of anything but tents, and maybe even the open sky, they were indispensable to wayfarers, be they the motivated Younghusband on his many tours — acknowledged or secret — or the homeless traveller in search of salvation. Deep verandahs with ancient planter’s or deck chairs, old trees (see photograph) in the compound, a tattered but fascinating visitor’s book and the decrepit chowkidar, that general dogsbody whose watery matan ishtoo (mutton stew), no match for his cornucopia of anecdotes and fairytales, were essential components of the mise en scène. Who would argue that the gnarled branches of the peepul or neem swaying in the breeze on a full-moon midsummer’s night did not harbour the shreds of a makeshift noose? Particularly if one’s by-the-wavering-light-of-the-kerosene-lantern bedtime reading had been of a selective nature.

In his account of Kashmir, Younghusband provides details on what to expect in dak bungalows situated at every 14 miles: “for the payment of one rupee a furnished room is provided and on further payment meals may be obtained at any time but ‘bedding’ must always be taken, as nothing but the bare bed is provided.” Rudyard Kipling adds, darkly, that in the days that men drove from Calcutta to the Northwest, some of the dak bungalows along the Grand Trunk Road had “handy little cemeteries in their compounds”. Indeed stark testimony to rough rides! In “My Own True Ghost Story”, he writes of these “objectionable places to put up in” where khansamahs were as old as the bungalows and often “an excited snake” was on the threshold to welcome the weary traveller. Hardly surprising that one such bungalow — and Kipling had lived in many, it being his “business” to do so — is the locale for a spine-chilling ghost story; until, of course, the denouement. Scampering rats are the culprits, enticing a fervid brain to think of billiard balls, if not canons, in the next room separated from his by a flimsy partition. Many decades later, Satyajit Ray noted that “if a place is spooky — and dak bungalows have a reputation of being so — it will be so at all times”. Thus in “Indigo” (or “Nilatanko”), he found the dak bungalow, with its charpoy and chair with only one arm intact, a suitable venue for the tragic end of an indigo planter who had shot his dog and then himself a hundred years ago. His restless spirit finds refuge in the protagonist, and so the tale proceeds.

Interestingly, successive post-Independence governments have seen fit to leave the official British bungalow strictly alone, mustiness, spookiness and all. The ramshackle dak bungalow, the eerie forest rest-house, where leopards nudge hopefully at creaky bathroom doors, or the stately Lutyensesque residences in the country’s capital are testimonies to the Raj’s chequered architectural career. Cities and roads have been renamed, railways and the armed forces modernized, but railway colonies, stations and cantonments retain their basic colonial architecture, layout and design.

Somehow Lutyens’s Bungalow Zone remains timeless, a sacred space, an invisible lakshmanrekha separating it from the madness of a city on the move. In fact, there is a serious move to dismantle all the unattractive additions made to many a spacious New Delhi bungalow. Their absence of style and understanding of period are eyesores that would surely make Lutyens and Herbert Baker turn unhappily in their graves. A small tribute perhaps to the makers of the city in its contemporary avatar.