It is unthinkable for newspapers to not be liable for their content. An equivalent for platforms needs to be formulated 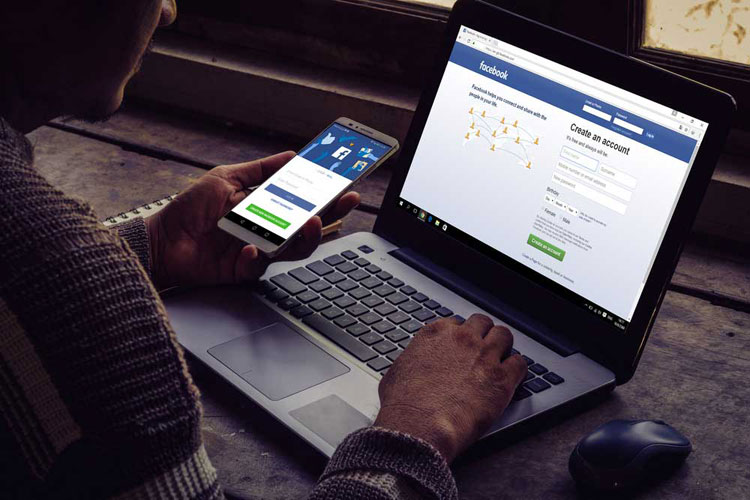 It is a platitude that the results of the 2019 general elections will be significantly shaped by how effectively political parties use social media campaigns. India is estimated to have 339 million smartphone users and over one billion active mobile subscriptions. The sheer reach of mobile telephony, exponential rise of cheap data services and the proliferation of social media applications riding on such services has made this a fait accompli. But influencing elections is only the thin end of the wedge. The rise of social media portends a larger remaking of the relationship between the nation state comprising citizens, and large, global, private technological behemoths creating communities based on interest and efficiency.

This remaking is playing out pointedly in the government’s effort to rein in social media companies. Late last year, in a proposed amendment to the intermediary liability rules, the Central government required intermediaries (which includes social media platforms) to take down unlawful third party content posted by users within 24 hours of being asked to do so, or otherwise receiving actual knowledge of such illegality. So, an incendiary post on Facebook that incites communal violence would have to be taken down by Facebook promptly. A failure to do so would mean liability for Facebook for such content itself. In addition, large platforms with more than 50 lakh users would have to be a company incorporated in India, with physical presence of office and personnel in India. Again, while ostensibly this cast its net wide to include all intermediaries, the real target was clear— large, foreign social media platforms and messaging services.

Seemingly innocuous, these changes are emblematic of the changing nature of the relationship between nation states represented by democratically elected governments and tech platforms, not only in India but also across the world. The reason why YouTube, Facebook, Twitter and others have immunity from liability for content posted by their users is because at the time they were start-ups, it was widely felt that without such immunity, large public platforms for sharing videos, connecting communities and expressing one’s views would not be able to get off the ground. Too many users would put up pirated music, defame each other and create an atmosphere of incivility. If platforms were held legally liable for the bad habits of their users, it would be financially unsustainable to run them. Governments played guardian and stepped in with protective laws that would shield infant tech companies from liability and make them the harbingers of a brave new world.

The proposed amendments suggest that the world today is a bit too brave, too uncivil and lawless for governments to handle. The key trigger for these and similar amendments in other countries is the outsize influence that social media have on elections. Foreign troll farms manipulating news feeds to bolster existing prejudices of voters, fake news masquerading as genuine stories are the products of a liability regime where the platform is deemed agnostic to what is hosted on it. This is a clearly unintended consequence of immunity meant for the little start-up to remain financially viable.

The Indian government, while right to be concerned about the influence of social media, has proposed a misguided regulatory approach. By working within the framework of immunity from intermediary liability and simply making its availability more onerous for all intermediaries, its response is neither here nor there. The government needs to realize three salient realities: first, intermediaries as a category is too wide to be collapsed into one legal class. It includes a large shopping platform like Amazon, a food delivery app like Swiggy, an internet service provider like BSNL and a small hotel aggregator start-up like Trilyo. These need to be treated distinctly.

Second, for large public platforms like Facebook and YouTube, which function like public notice boards, immunity from intermediary liability is an anachronistic construct. Like it is unthinkable for mass mediums such as newspapers and other publications to not be liable for the content they publish, similarly, the analogy for editorial responsibility for platforms needs to be formulated. Platform responsibility is simply nothing but editorial responsibility at scale. From being guardian to a growing infant, governments now need to transform into fair disciplinarians to seemingly unruly adolescents.

Third, the culmination of this growing clout of social media platforms and other large, global platforms connecting providers and users in all aspects germane to daily life may well be a threat to the sovereignty of nation states itself. While at first glance this may seem like an outlandish claim, some facts may put it in perspective. Facebook’s monthly active user base is approximately 2.3 billion, YouTube’s is 1.9 billion. By comparison, China’s latest recorded population in 2016 was estimated to be 1.37 billion; India’s 1.32 billion. The Chinese internet-based company, Tencent, which runs WeChat (the equivalent of WhatsApp in China) has 1.08 billion active users which is more than three times the population of the United States of America. Tech behemoths are more populous than the world’s most populated and powerful countries.

Concomitant with the growth in the reach of such platforms, nation states are becoming increasingly irrelevant to life in the online world. Their raison d’être of making individuals part of communities of mutually shared identity and benefit is diminishing, albeit gradually. Benefit in the online world is almost exclusively the domain of private players. Groceries, shopping, entertainment, travel, healthcare, education, security and privacy are all largely the preserve of privately-owned tech companies, many of them platforms. The nation state figures only marginally.

This leaves us with the issue of creating a shared identity. It is unarguable that forging a common identity still appears to be a key feature of the nation state. Being Indian can putatively give rise to emotions that can scarcely compare with any sense of identity that those on Twitter may feel for each other. More fundamentally, online platforms, at least for now, do not claim exclusive sovereignty over their users. But this too might be changing — as platforms grow they are slowly but surely creating large data enclaves of captured users who will see no reason or the means to exit the platform. The clearest example of this is Free Basics, Facebook’s free internet service with selected applications, operational in several countries, although banned in India. According to studies, for a large number of internet users in countries where Free Basics is operational, Facebook is the internet and vice versa. While national identity is still strong, alternate identities based on self-selected, trans-national communities are not beyond the pale of imagination.

Tech platforms, in this sense, are the cutting edge of the post-Cold War capitalist consensus of private capital being pervasive in every aspect of life. They are the poster boys of this relentless march towards privatization, embraced by communists and capitalists alike, whether in the global North or South. It would be naïve to think that national sovereignty will remain unaffected by such developments, whether for better or for worse. While influence of social media on elections may be the flashpoint that makes us sit up and take notice in the short run, what is at stake in the long run is not just who runs the nation state, which is what an election decides. It is possibly the nation state itself.