Sister Nivedita and her Tamil dedicator

A meeting with Nivedita left a deep and lasting impression on the patriotic poet, Subramania Bharati 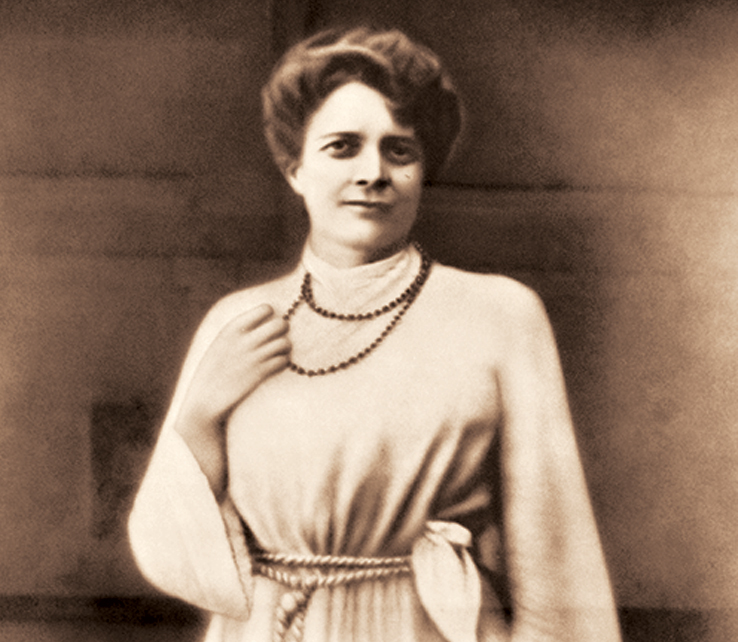 Margaret Noble, the sesquicentenary of whose birth was celebrated recently, is of course better known by the name Vivekananda gave her: Nivedita — the dedicated one. But few — perhaps not even Nivedita herself — would know that Vivekananda’s devoted protégé in turn had a disciple in the deep south who dedicated not one but three of his books to her. The dedicator was none other than the great Tamil poet, Subramania Bharati (1882-1921).

In January 1908, Bharati published a book of 16 poems, titled Swadesa Geethangal, which carried a short dedication. “I dedicate this short book to the flowers at the feet of my Guru, who, like Lord Krishna revealing his viswarupa to Arjuna and explaining the nature of the soul, displayed to me the complete form (sampurna) of Bharat Mata and taught me Swadesa bhakti.” The unnamed guru was none other than Nivedita.

Exactly a year later, Bharati published a second volume of his swadeshi songs, this time from his political exile in Pondicherry. Consisting of 17 poems, Janma Bhumi carried a more specific dedication. “This book is dedicated to my Gurumani Smt Nivedita Devi — the spiritual daughter (dharmaputri) of Bhagwan Vivekananda — who, in a flash, revealed to me, without recourse to words, the nature of true service to Mother (India) and renunciation.”

Bharati’s desire to express his veneration, it would appear, was still not satiated. A year later, in early 1910, his work of prose fantasy, Jnanaratham, carried a dedication, but this time in verse.

I bow unto my mother, Nivedita
who is dedicated to grace,
a temple of love,
sun to the darkness of my heart,
rain to the crop of my great country,
riches to the wretched poor,
and fire that burns despicable thraldom.

Dedication was still a relatively new phenomenon in Indian print culture at that time. And when books were indeed dedicated they often used to be dedicated to the British Crown (with permission).

How did the poet in a different corner come to encounter Nivedita?

When Nivedita gave lectures in Chennai — in January 1902, and again in December 1902 — Bharati was nowhere near the city: he was in Varanasi, an orphaned student. The Ramakrishna movement was an early influence to most patriots in the swadeshi movement, and Bharati was very much aware of it by the time he moved to Chennai in late 1904 as a young journalist in the nationalist Tamil daily, Swadesamitran. July 1906 saw the arrival in Chennai of Swami Abhedananda — a direct disciple of Ramakrishna, and a lieutenant of Vivekananda. Patriotism, combined with a zeal to reform Hindu society, held a big appeal for young nationalists like Bharati.

It is in this context that Bharati’s first reference to Nivedita occurs. Writing a short piece on Vivekananda’s patriotism in India (August 25, 1906), the weekly of which he was editor, he referred to Nivedita’s series of essays (the much-acclaimed The Master as I Saw Him) then appearing in Prabuddha Bharata. Commenting on the apparent contradiction between the ‘maya’ advocated by Advaita and the love for one’s country, he invoked Nivedita.

Bharati’s readings in Nivedita gained a new charge when, in December 1906, on his visit to Calcutta to attend the annual session of Congress he met her in person. The meeting took place at her home in 17, Bosepara Lane in the Baghbazar area of North Calcutta where she was living since mid-1902. Nivedita was 39 years old and Bharati, a much younger 24 then.

The impact of the meeting was deep and long lasting, and was evidently behind the series of book dedications he made. His wife Chellamma recalls that Bharati spoke with great emotion of this encounter. According to her, initially at least, he had reservations given her white skin. Sensing his discomfiture, Nivedita had cautioned Bharati “against entertaining divisions based on caste, religion, creed and lineage, and nurture only love in the heart”. On finding out that he was married, Nivedita then asked him why his wife had not accompanied him. To his conservative reply that it was not customary for women to venture out in public, she is said to have asked: if half the nation was enslaved how could the other half hope to win freedom? More dramatically, if apocryphally, she is said to have torn her robe and pointing to her skin, said that unless one developed a hatred for the white skin India had no hope for liberation. When Bharti took leave, Nivedita gave him a leaf from the Himalayas which, Chellamma says, Bharati preserved with great care until his death.

Apart from the cryptic dedications, unfortunately, Bharati wrote little directly on the meeting. Less than a month after this meeting, he recalled (India, February 9, 1907) “the wise words (sarbodhanai)” that Sister Nivedita had spoken “to the author of this article”: “Sir, trying to reach a higher plane [in life] after pushing women into darkness is a futile exercise. It is but impossible.” These words confirm Chellamma’s recollections.

Luckily, one letter from by S.N. Thirumalachari — the proprietor of Bala Bharat, the English monthly edited by Bharati — to Nivedita survives. Dated April 16, 1907, it reminded Nivedita of her meeting with Bharati, “a really social and energetic man with whom you are personally acquainted”. Evidently, Bharati had begun a correspondence with her, for the letter states that “[h]e has shown me the letter which you have written him”. Unfortunately, nothing of the correspondence has survived. The letter confirms that Nivedita was contributing to Bala Bharat and that Bharati wanted more contributions from her that would arouse “the Sleeping South”.

About two years later, there is a reference to Nivedita’s comments on Ashwini Kumar Dutta’s charity to the poor (India, December 19, 1908). A more substantive reference (India, May 15, 1909) was on the premature death of Mandayam Alasinga Perumal, Vivekananda’s propagator and Bharati’s benefactor. As Bharati recalled, to his remark that there was no senior patriot in the south to provide guidance to youth like him, Nivedita had replied: “Why? Isn’t there Alagiya Singaperumal? If you have doubts regarding public matters you may seek his advice.”

Soon after this the swadeshi movement collapsed, crushed by brutal colonial repression. When Nivedita passed away on October 13, 1911, an exiled Bharati — his journals and books banned — had no avenue to express his sorrow. References to Nivedita disappear from his later writings. Although he published many books in the 10 years after her death, Nivedita remained the only person to whom Bharati dedicated his books.

The author is a historian and Tamil writer based in Chennai

The House Where Nivedita Lived