Sharks on Land: Termination of CRDA 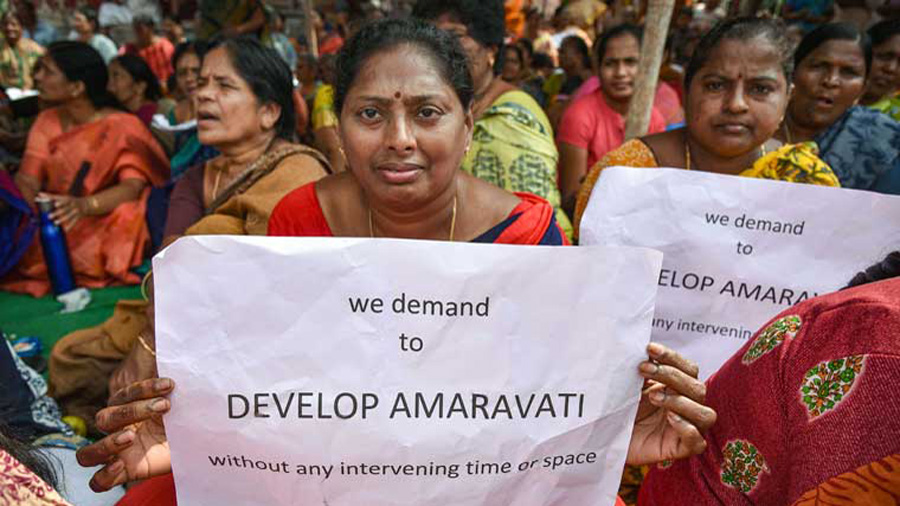 The bill to repeal the Andhra Pradesh Capital Region Development Authority Act, 2014 was passed in June. With it, the capital city development project on 53,000 acres of land was terminated in the fifth year of operation. Another bill passed earlier enabled the replacement of the Amaravati Metropolitan Region and Urban Development Authority. The present government has also decided to offer additional land compensation to farmers whose land had been pooled under the land-pooling scheme.

Most developmental projects require land. The government finds it easier to acquire land from the people. The State has the inherent power of eminent domain after just and fair compensation. Under the new land acquisition Act (LARR), the compensation is fair but higher. This often makes projects expensive. The CRDA found a way around this expensive and time-consuming land acquisition process via the LPS, which bypassed the protections provided to landowners under the LARR Act.

In April 2017, the CRDA proposed to acquire 20,000 acres of farmland under the provisions of LARR Act from ‘unruly’ landowners. The farmers who refused to give up their land under LPS were served with acquisition notices under the LARR Act. The LARR Act mandates that a social impact assessment must be conducted to decide on compensation and other aspects of rehabilitation of the people whose lands would be acquired. Reports from the region suggested that these procedures were flouted. The LARR Act makes acquisition conditional upon the consent of landowners in certain cases, curtails the powers of the collector, provides for higher compensation, appellate mechanism and compulsory rehabilitation and resettlement mechanism. It also states that a government cannot acquire more than 1 per cent of farmland in a five-year period. Several of these provisions were violated and there are allegations that the Telugu Desam Party government and businessmen coerced farmers to take possession of their land.

Further, land-pooling only works if the agency uses some of the pooled land for infrastructure development in the future while the rights to new parcels in the pooled land are transferred back to the original landowners in some proportion with effective benefits. As per the LPS, farmers were offered 19-30 per cent pooled land, some compensation and additional future benefits. However, after the Andhra Pradesh general election in May 2019, the new government decided not to go ahead with the project and shifted the proposed capital to Vizag. The shift ruled out any future benefits to the landowners.

The bill to terminate the CRDA was introduced in January 2020. It was passed in June. Two public interest litigations were filed in late January against the repealing of the CRDA Act but were dismissed. Under the new scheme, the Andhra Pradesh government would increase the pension amount being paid to landless farm labour from Rs 2,500 per month to Rs 5,000 per month. The annuity term would increase from 10 to 15 years. Additionally, it would give returnable plots to those who gave land under the LPS on a par with dry land farmers. LPS farmers would now get 0.33 instead of 0.28 acres as promised in the principal Act.

The strategy of coercion and co-option employed by the earlier state government to force landowners to part with their land was a misadventure. The termination of the project came as a jolt to the LPS farmers, but benefited those who had refused to give their land under the scheme. Most stakeholders gained little while the farmers and landowners lost everything.