Advertisement
Home / Opinion / Search for a sense of stability

Search for a sense of stability 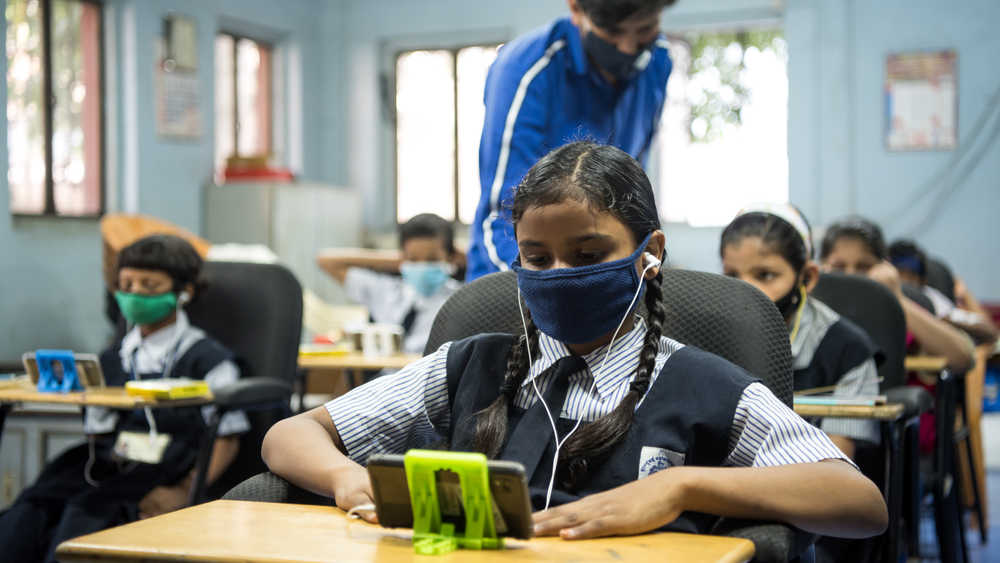 I have deliberately not used the accurate but clichéd word “unprecedented”, to describe the school year that will end in March. My intention in choosing to write about the past year, aptly labelled annus horribilis, is not to serve up memories of misery and isolation but to reflect on some of the lessons we may have learned from our experiences. Indeed, the year has shown that most adults and children have the character, drive and ability to adapt to drastically changed circumstances. There has been considerable discussion about the way schools learned and developed technological skills in order to continue the teaching-learning process efficiently. Irrespective of the level of competence achieved, the tremendous effort that was expended to remain relevant and useful was impressive. Moreover, the way in which technology itself was enhanced to facilitate teaching and learning was quite phenomenal. But all this has been said many times over so I will focus on other matters.

We certainly learned the tremendous importance of mental stability to be able to function in an alien environment. It was easy to feel lost in a world where nothing was certain or predictable. As one child exclaimed, “Earlier we went to adults for answers but now nobody is sure about anything!” Parents, teachers and counsellors found it difficult to keep the children in their care worry-free and happy. While attempting to keep them cheerful, adults had to be careful about “toxic positivity” as the repeated prescription to look at the “bright side of things” didn’t impress children one bit. They merely wished to be told exactly when they would be able to go back to school, meet their friends or visit their grandparents. One of my colleagues helped her students to form a peer support group — a forum run by young people through which their peers could express their feelings and thoughts freely. Working with senior students on various projects was always stimulating as young minds are refreshing to engage with. But the most mood-elevating experience was spending time with little children who went about living life without a care in the world. At all other times, we battled with anxieties over illness, death or financial troubles.  Empathetic feelings for other people’s distress were painfully accentuated and many learned to share and give.

Nature in all its beauty and glory uplifted the spirit. The ordinary bright blue unpolluted sky seemed breathtakingly beautiful while the celestial spectacles of the Pink Supermoon and the Great Conjunction of Jupiter and Saturn left us spellbound. But then we had also seen the fury of Amphan at close quarters. The devastation brought home Michio Kaku’s proclamation, “It’s almost a law of physics that one day Mother Nature will destroy Earth.” For good reason, we found ourselves taking a sudden and deep interest in the pronouncements of futurists and virologists and we concluded that a philosophical bent of mind was needed, just to stay sane.

Life had been upended for most of us. We teachers were working round the clock and I noticed that emails and messages were coming in at odd times of the night. Night was the time when the mind became vulnerable. When we compared notes, we discovered that most of our sleep-cycles had been disrupted. When sleep eluded us and the demons of our minds had to be kept at bay, books and music along with Kindle, Netflix and YouTube came to the rescue. Breathing techniques, meditation, listening to recorded talks of monks and spiritual gurus were resorted to, as were tranquilizers and sedatives.

But most of us agreed that work was the best therapy. Even virtual meetings acted like a magical potion to drive away the blues. While we were immersed in our schoolwork, it seemed as if nothing had changed though we worked in the shadowy virtual world. Time passed by in a flash while we discussed syllabuses, online assessment, on-screen programmes and webinars — life felt deceptively yet comfortingly normal. Someone observed that it was the little-known Zoom which had become the place “where life was happening” surpassing the twin giants Google and Microsoft. People met on Zoom to gossip, party or just get together. Personally, I derived great joy from my friends. One, shared his splendidly written essays and reviews of books which motivated me to acquire and read them. A musician friend sent me his compositions and recital pieces. Once on my request, he sent me a Tagore song which he had brilliantly arranged for the piano. A gifted young friend’s delightful YouTube videos, titled “The English Nut” made me instantly happy, besides educating me. Writing, including for this paper, kept me happily occupied for long periods while jigsaw and crossword puzzles, adult colouring books, sewing and cooking were therapeutic for many. Meanwhile, the American presidential elections provided an all-consuming diversion.

Many of us found genuine pleasure in the creative work of our students and colleagues. But it was not only creativity and resourcefulness that was in demand, it was the ability to reinvent oneself that was needed. According to Yuval Harari, people will have to do this on a regular basis in the future on account of the radical changes that will keep happening in the world at frequent intervals. To prepare for this likely scenario, we must encourage children to think differently. They should not be just expected to solve problems of which answers are already there. Young people must learn to contemplate deeply and think metaphysically. Perhaps they should be asked more open-ended questions at all levels.

It is disturbingly clear that future generations will have to live amidst accelerated change and uncertainty, hence there will be a stronger need for the old and familiar. One of the reasons why age-old landmarks and tangible remnants of history must be preserved is because they provide humans a sense of stability.