Advertisement
Home / Opinion / Safai karamcharis: Listen to the voices from below

Safai karamcharis: Listen to the voices from below 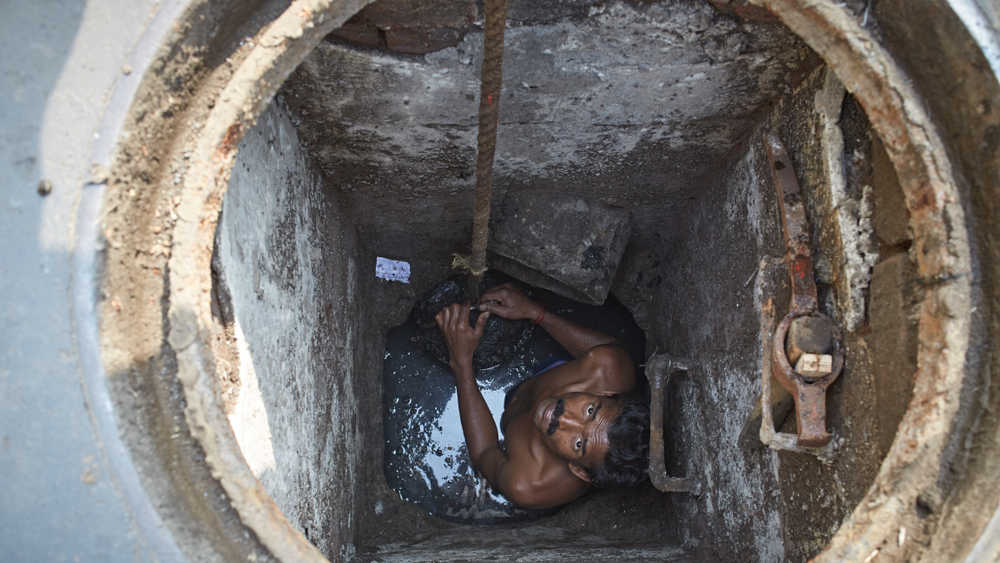 Last year, in November, the Centre proposed a landmark amendment to the existing manual scavenging legislation, aiming to mechanize sewer cleaning across urban India. It announced that 243 cities are eligible to participate in the initiative to mechanize sewers and, pending inspection in 2021, could receive prizes of Rs 8-12 crore.

This is certainly a welcome step. Yet, caution is warranted because we know that similar initiatives to ban forms of manual scavenging are hardly new. From the Protection of Civil Rights Act, 1955 to various state and regional committees in the 1960s and 1970s, multiple efforts have involved banning the casteist practice of manual scavenging and outlining rights for those engaged in it. More recently, a sweeping 1993 Act outlawed the hiring of manual scavengers and the construction of new dry latrines over water-sealed ones. The 2013 Act, which the current proposal seeks to amend, updates the 1993 laws to focus on sewage workers and guarantee certain entitlements to cleaners and their families.

Despite such measures, at least 39,000 manual scavengers were counted across 18 states in a 2018 study by the National Commission for Safai Karamcharis.

Why do these numbers persist? The implementation of laws enacted in Parliament is ultimately left to the discretion of state governments that are frequently in denial. For example, in 2005, in response to a public interest litigation from the Safai Karamchari Andolan, the Supreme Court directed all state governments and Central corporations to report on the prevalence of manual scavenging. In response, nearly all states claimed that there was no evidence of manual scavenging.

This is not new. Even prior to Independence, colonial authorities exploited and benefited from the entrenched caste system that placed Dalits in an intergenerational cycle of sanitation occupations without rights, even as other processes became mechanized. In a culture of nonchalance towards caste-based occupations, repeatedly banning a practice without meaningful change is unlikely to work. We should not presume that by merely existing, laws would serve as a mediating force by themselves.

The proposed amendment also fails to clarify who counts as a manual scavenger. While the 2013 Act mentions sewage workers, it also holds that any person who handles excreta with “protective gear” is no longer a manual scavenger. This confers weighty implications on protective gear, which is — conveniently — not defined. Is a single glove ‘protective’? Moreover, gear that is improperly designed means that cleaners may not move or see well and are likely to forgo them. Similarly, the emphasis on eliminating dry toilets ignores the manual work that persists in processing water-based sewage. Even with appropriate gear, physically entering a sewer hardly constitutes something other than manual scavenging, but this is exactly what the law implies. This seems to support the assertion of the SKA’s convenor, Bezwada Wilson, that such measures prioritize “toilet users, not toilet cleaners”.

These ambiguities are reflected in the data — or lack thereof. The 2011 census counts 2.6 million “dry” toilets that are serviced manually, but it does not count those who clean sewers or septic tanks. The Socio Economic Caste Census, 2011 reports over 1,82,505 manual scavengers nationally — but only in rural areas, leaving out urban sewer workers. The SKA estimates 7,70,000 people entering sewers. A recent survey on sewer deaths across several states found that not a single family member of workers who died received due rights accorded in the Rehabilitation of Manual Scavengers Scheme.

Again, we are left with a puzzle: manual sewer cleaning is (sort of) outlawed, so supposedly it does not occur. How do you implement measures to eliminate something that doesn’t officially exist?

Several other changes are needed for this amendment, or any other, to work. For one, a better definition of the labour is needed. The Dahlberg Advisers outline no less than nine types of manual scavenging, categorizing factors such as urban/rural, level of frequency, and type of exposure. Based on this, they estimate five million sanitation workers nationally, with two million in high-risk sanitation work. This offers a clearer way to identify those in this occupation and to meaningfully incorporate protective solutions into each type.

Second, agencies like the NCSK should be better supported to guide cities to comply with the law. Of particular importance is contract labour — it is largely unregulated — that offers few protections on working conditions and often serves as an easy way for ULB’s to outsource responsibility. Rehabilitation — connecting workers to other trades without fear of stigma — will be a major concern as mechanization could lead to a need for fewer workers and, thus, result in layoffs. Movements with a track record of advocacy and mobilization, such as the SKA, Rashtriya Garima Abhiyan and others should be consulted on these processes. Finally, social sensitization could go a long way. Instead of a mass campaign to ‘beautify’ the city, how about a mass campaign educating the public about how improper waste disposal affects sanitation workers? The Red Dot campaign by the Pune wastepicker union, SwaCH, is a good example.

Much more is involved than just mechanization in stopping manual entry of sewers and septic tanks. While some areas have piloted technologies to clean sewers, let’s be clear: changes are needed at every level of society. The Centre has taken a step forward with this amendment, but the transformational work is yet to be done.