For one, the rising demand for English as the medium of instruction in school gives rise to questions of access, exclusion and affordability 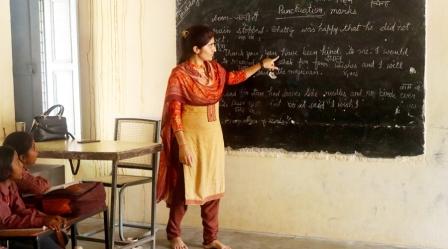 The National Statistical Office’s latest survey has shown that the preference for English as a medium of instruction is a growing trend
Shutterstock
The Editorial Board   |   Published 27.07.20, 02:24 AM

The writing on the wall is clear — and so is the language it is in. The National Statistical Office’s latest all-India survey has shown that the preference for English as a medium of instruction up until the secondary level of school education is a growing trend. At the same time, the share of Hindi-speaking students in English-medium schools at the primary level has been declining; it fell from 18.3 per cent in 2014 to 18.2 per cent in 2018. The foremost explanation for these trends is fairly straightforward: education and employment are believed to be inextricably linked, and there is an overriding — and often legitimate — perception that a command over English not only bolsters students’ chances at higher education but also brightens their job prospects. While these beliefs are but a reflection of social realities, they do bear troubling implications.

For one, the rising demand for English as the medium of instruction in school gives rise to questions of access, exclusion and affordability. With the dip in the number of Hindi-speaking students in English-medium schools in poorer states, it would not be unreasonable to infer that sending their children to such schools proves to be too expensive for a large segment of families. This is particularly true for states such as Chhattisgarh, Bihar, Jharkhand, Madhya Pradesh, Uttar Pradesh and Rajasthan, where the per capita expenditure on education is lower than the national average of Rs 8,331 a year. Unsurprisingly, the survey also revealed a significant gap between rural and urban India when it came to household expenditure in education. More important, a spurt in the demand for instruction in English does not guarantee either quality teaching or effective learning. The Annual Status of Education Report for 2017 showed that India’s learning deficit is worsening, with around 47 per cent of 14-year-olds struggling to read a simple sentence in English. The solutions to these problems must be imagined holistically: not only must the quality of and accessibility to English education be improved, but language education as a whole must take into account the nation’s linguistic diversity. The teaching of vernacular languages — these are, after all, the students’ mother tongues — cannot be sacrificed in the quest to impart an English education. In a system of instruction that is usually centred upon the teaching of the first, second and third languages, robust lessons in all of them will not only help students learn to move easily among different registers of language early on but will also further India’s most valuable heritage: pluralism.