Religious identity is dangerous, it can explode: Ghulam Murshid

Talking identity, politics and history with the Bangladeshi writer and scholar 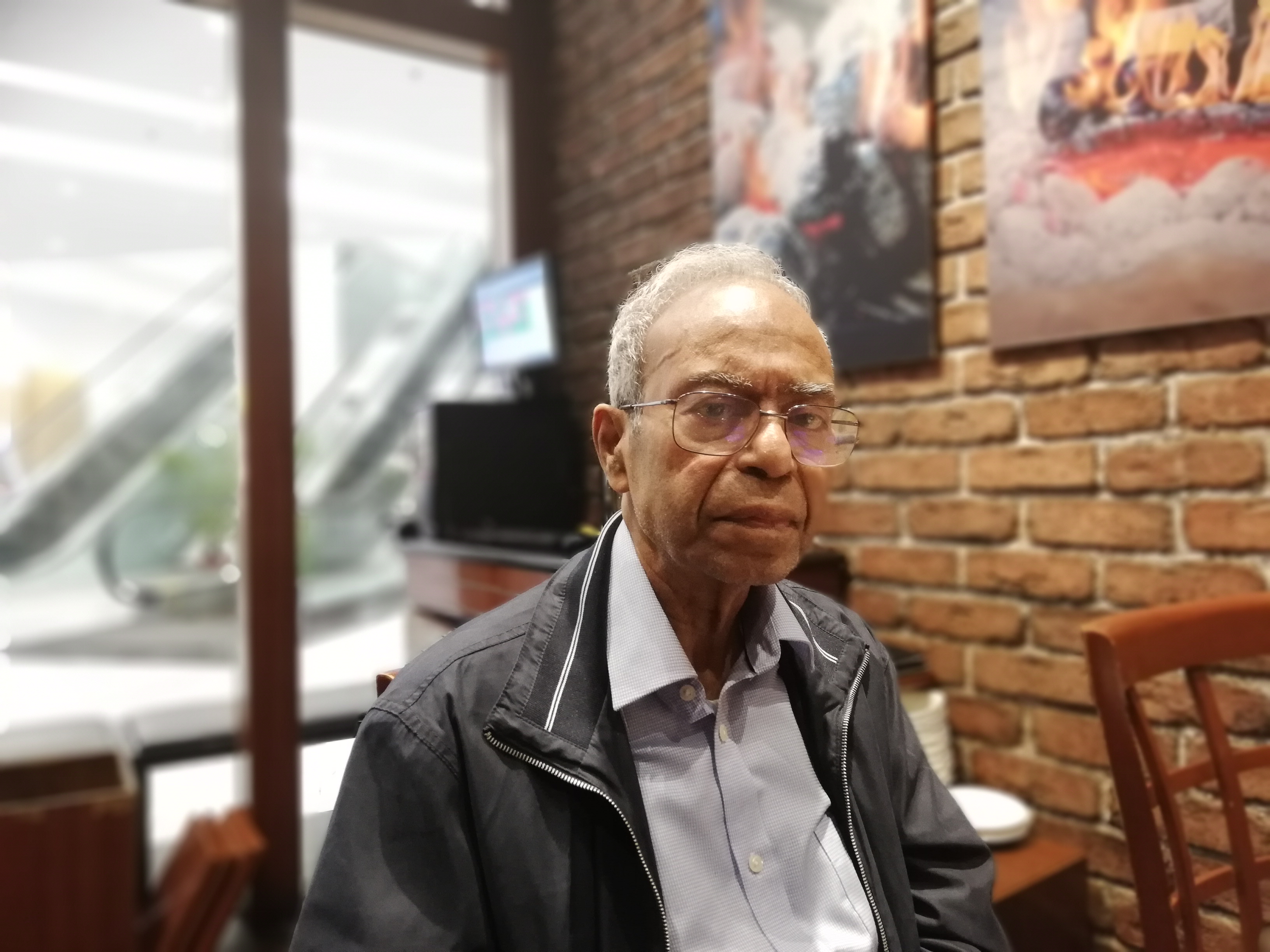 Owing to the altered world we are all living in, this piece must begin where this conversation ended. Mind you, all this is happening when the coronavirus is still not a thing to reckon with, much less fear. One moment Bangladeshi writer and scholar Ghulam Murshid and I are discussing global politics in a crowded shopping mall in south Calcutta, he is ruing the rise of the Right-wingers, and the very next, he is prophesying the end of the world. He speaks about the environment, how mankind is plotting against itself.

He talks about anti-environmental excesses; spews Tagore, quotes from the essay “Prokritir Protishodh” or The Revenge of Nature. And then he says, “Today mankind will not come to an end because of a hydrogen bomb or an atom bomb simply because no one will probably ever use it. But the bomb that is being manufactured by destroying nature, the damage that this bomb is causing and will cause in future, none of us will be able to prevent.”

A weekday morning and I cannot help but wish I could rewind my wristwatch — yes, I still wear one — and go back a day. That would have been time enough to read a few more pages of Murshid’s book Bengali Culture: Over a Thousand Years. In a few hours when I am finally face to face with the man, he makes it clear that he does not like to be bound by his national or religious identity. He proclaims, “I do not identify myself as a Hindu or a Muslim. I am a human being and an international being at that.” He adds, “That is why this book could have been written only by me because I could study Bengali culture from a dispassionate place. Neither Ramesh Majumdar nor Mohar Ali has been able to do so.” Ramesh Chandra Majumdar and Muhammad Mohar Ali are historians specialising in Indian history and Islamic history, respectively.

Murshid’s book, the one he is referring to here, was written over a decade ago. The English translation, however, is fairly recent. Samantak Das, who teaches comparative literature at Jadavpur University, writes in his review of it: “A comprehensive work, now in translation, traces the inclusive history of the entire Bengali-speaking people, with humanism and humour.”

To those who have never met Murshid, let me clarify, his claims of “only by me” were not made in boastful tones. They were made emphatically though by a man who has written more than 20 books and has been awarded Bangladesh’s Bangla Academy Literary Award for his contribution to research. Murshid is merely critiquing different approaches to historiography. He continues, “Mohar Ali has written about the medieval era of Bengal and of Bengali culture in three volumes and so has Ramesh Majumdar. But both of them have the same approach… Mohar Ali wants to say that between Hindus and Muslims love and fellow feeling developed despite differences. And Ramesh Majumdar makes the point that a kinship never happened between the two communities. Neither of them is writing from a neutral standpoint.”

The interview was happening when the “us” and “them” narrative was raging across India. Given the backdrop, the word “neutral” sounded strange. The Citizenship Amendment Act (CAA) had riven the notion of Indian identity and Bengali identity was no exception. Murshid writes: “Apart from everything else, this (Bengali) culture does not have a fixed or unchanging identity. Nor does it stand still at any particular point. It has evolved with time.”

I look around myself. There is Western classical music playing in the background at the coffee shop, albeit softly. Murshid’s voice is even softer, and the next many minutes I am at the edge of my chair straining to hear.

According to Murshid, culture is a catalyst-like thing in human society. He writes: “We are born as animals. It is culture that makes us human. It makes us social creatures. It is through culture that we come to possess values... It is culture that refines our minds and tastes. On the other hand, certain kinds of cultural environment can turn human beings into beasts.”

From the general, Murshid moves to the specific. He says, “Bengali culture is not homogenous. Political boundaries, religious divides are inherent to it. Religious identity is so deeply embedded within us that despite having spent years together, it can still flare up at the slightest provocation. It is very dangerous.”

Then what is the cohesive force? What is it that solders all divides? He replies, “The Bengali language.”

Murshid starts to talk about the evolution of the Bengali language in the 13th century. Till then, Bengal was made up of small kingdoms — Rarh, Gour Pandua, Barendra, Samatat, Soumya Harikel. In the mid-14th century, Ilyas Shah brought these together under his leadership. In fact, he gave himself the title — Shah-e-Bangalian. During the Sens’ reign, Sanskrit was the court language of the various kingdoms of Bengal. Shah and his successors spoke Arabic, but there was space for Bengali too. They started to patronise the likes of Maladhar Basu, the 15th-century poet. In fact, Maladhar was given the title, Gunaraj Khan. Says Murshid, “If this is how Bengali culture, language and society came into existence, then you cannot discount the Mussalmans and write about the culture of Bengal.”

Those days, before the coronavirus became the common concern, all of India was twisting in either protest against or defence of the CAA. As a historian, as a student of patterns of civilisational follies and foibles, does Murshid spy a pattern? He pauses, but says nothing.

However, the thought obviously continues to play in a loop in his head. The next few minutes are punctuated by silences and sudden bursts of information. Eighteenth century. The Age of Enlightenment. Tom Paine. The Age of Reason. The French Revolution. Liberalism. Colonialism. Independence. He ties it all up saying, “Whatever happened shaped the value system, shaped our liberalism... But now people are being tortured in the name of religion. Now it is all about power politics.”

He is a visitor and it will not do to embarrass him with India-specific questions, but would he like to comment as to how these rumblings of discontent will impact the fortunes of South Asia? I barely finish my sentence when he says, “I am not going to talk about anything to do with politics.” And then atypically, “I cannot predict anything. But the situation is such that in almost every part of the world fascists, fundamentalists and Right-wingers are at the helm… Take the case of Trump. I have not seen such a man who is against all rational arguments. How he can be the president of a country that was once the agent of all developmental initiative, is beyond me.”

This time there is a quiet agitation in his voice. An agitation that seems to mount. “And look at England. A country that had voted the Labour Party to power in 1940 now has Right-wingers at the helm... Then there is Australia. When I lived in Australia in the late 1970s, a kind of liberalism, a kind of social welfare was at work. Australia too is now burning.”

The agitation in his voice recedes only when he starts to talk about Bangladesh. Murshid — who has experienced the Bengal Famine and lived the trauma of Partition — launches into an impassioned speech about his country’s future. He says, his voice all soft with fond pride, “When Bangladesh was formed in 1971, the government took a few steps that were just right.” According to him, one such step was the emancipation of women. He adds, “Today, 40 lakh women work in the garment industry. Bangladesh is emerging out of darkness.”

NAMING GAMES - The pen over the sword, always