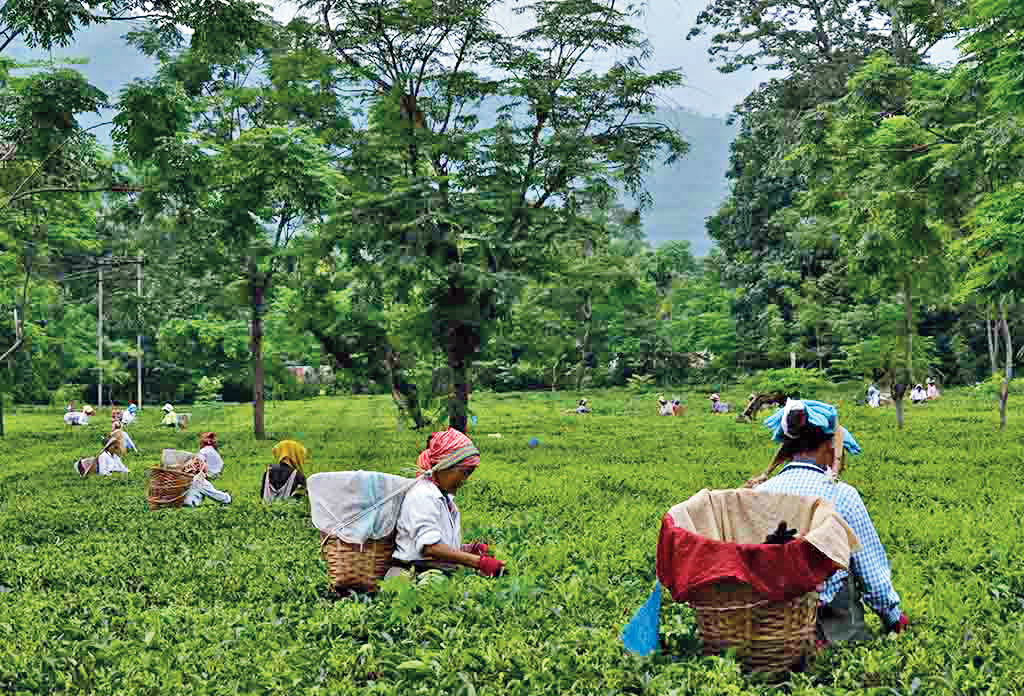 Sir — The article, “The brew tastes bitter now” (Sept 20), presents a grim picture of the tea gardens of West Bengal and Assam. The governments seem to be looking the other way while garden owners try to extract as much labour from the workers as possible. No one appears to be thinking of the long-term fate of the tea gardens, which could benefit from re-plantation drives. Sadly, the truth is that tea gardens are no longer the primary source of earning for most businessmen. This explains the cavalier attitude towards tea garden workers.

Sir — The recent statement given by the former president of France, François Hollande, has exposed interesting aspects to the Rafale agreement. Hollande said that it was the Indian government which proposed the name of Anil Ambani’s Reliance Group as an offset partner for the Rafale deal (“Hollande bomb hits Modi govt”, Sept 22). The profit to be made from the Rafale deal is far greater than the kickbacks which had allegedly been received during the Bofors scandal. Even the United Progressive Alliance’s transgressions cannot match up to the present dispensation’s impropriety.

The Narendra Modi government had made much of its so-called honesty and integrity. Bank frauds, such as the ones by Nirav Modi and Vijay Mallya, have exposed the sham of these claims.

Sir — The nation should be thankful to François Hollande for his revelation on the Rafale deal. It is amusing that a day after the finance minister, Arun Jaitley, said that the Congress president spreads lies, it is his government that was caught lying. Who can forget the number of times that Narendra Modi and his ministers have lambasted the Congress by invoking past scandals.

Instead of coming clean, the government has accused the Opposition of compromising India’s security by asking for details of the Rafale deal. One wonders where these thoughts about the nation’s security were when a private company, the Reliance Group of Anil Ambani, without any experience in building defence equipment, was given the contract instead of the public-sector company, Hindustan Aeronautics Limited, which has been stocking the air force for years.

Further, it has been made clear in the past that it was Modi who finalized the Rafale deal. Any prime minister with the slightest self-respect would resign at this juncture.

Sir — The assertion by the former HAL chairperson, T. Suvarna Raju, that the public sector company was more than equipped to partner Dassault Aviation in building Rafales, has left the defence minister, Nirmala Sitharaman, with egg on her face. If Raju’s claim is true then it, coupled with François Hollande’s disclosure, shows that the current dispensation deliberately chose Anil Ambani’s company as a partner.

It would then appear that the decision to buy 36 Rafale jets instead of the 126 that were required and first agreed upon was made for the benefit of the said businessman. The prime minister must come up with an explanation on the matter by disclosing the identities of those who suggested the Reliance Group’s name. A joint parliamentary committee should be appointed to get to the bottom of the Rafale deal.

Sir — The image of the self-proclaimed chowkidar of the nation, Narendra Modi, is at stake after the statement given by François Hollande. Although Modi has not yet been directly implicated in the matter, he should make the particulars of the deal public immediately if he wants to clear his name.

Sir — It is unfortunate that honour killings seem to have increased under the Bharatiya Janata Party regime. The recent incident in Telangana was just one in a bigger chain of events. Entrenched casteism and social intolerance are two of the main reasons behind honour killings. Hence, the promises of the Narendra Modi government of sabka saath, sabka vikas ring hollow.

The same divisive sentiments ensure that the scourge of manual scavenging is still prevalent in the country. Modi had said he would end this practice, but the cases of manual scavengers dying while cleaning sewers are frequently reported. The opinion of the prime minister becomes clear if one reads his books. In one of them, he says that that manual scavenging is a “spiritual” experience for Dalits. How can something that leads to death be a spiritual experience?

Sir — The death of a 23-year-old man, Pranay Kumar, from Telangana has proved that caste-based discrimination and violence are still prevalent in the country. It is worrying that even after 71 years of Independence, our country is yet to get rid of the age-old caste system. Such discrimination goes against Article 14 of the Indian Constitution. Those who practise it must thus be brought to book.

Sir — Governments since Independence have used inter-caste rivalries to reap political dividends. Nothing has changed on this front. The politics of reservation has only benefited politicians and not those who actually need welfare from the State. It is high time caste considerations are discarded from public life.