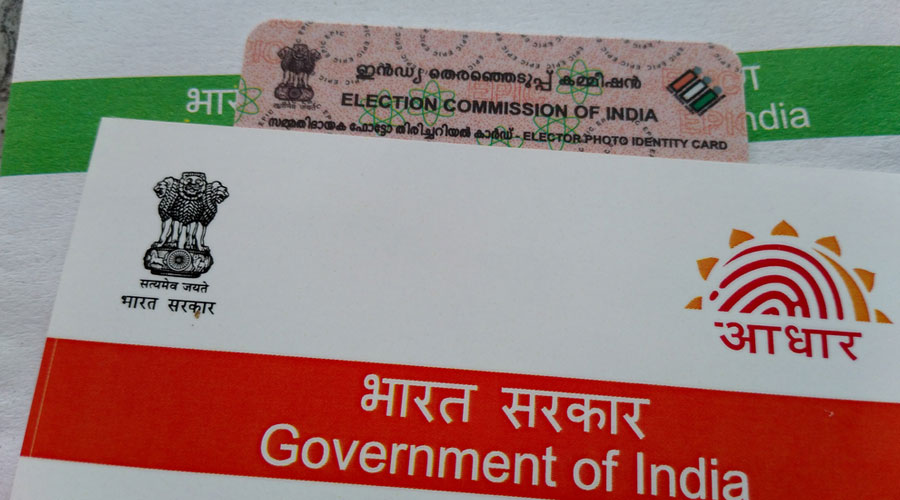 The election laws (amendment) bill, 2021, passed in the Lok Sabha through a voice vote, has raised serious concerns. The Statement of Objects and Reasons of the bill states that Section 23 of the Representation of the People Act, 1950 will be amended to link electoral roll data with the Aadhar ecosystem. There is concern that voter-profiling by linkage of datasets that Aadhar provides impedes citizens’ privacy rights.

This is not the first time that the Election Commission has taken up this proposal. In March 2015, the EC made the first attempt when it launched the National Electoral Roll Purification and Authentication Programme to link and authenticate electoral photo identity card data with the UIDAI’s Aadhaar data. However, this was discontinued after the Supreme Court passed an interim order in August 2015 barring Aadhar from being used for “any purpose” other than the dispersal of cooking fuel and food grain by the State. Despite this, 55 lakh voters went missing from the electoral process.

Qualms over the intent and the efficacy of the NERPAP reappeared in 2018 after the discovery of missing voters in some states. In Karnataka, some 6.6 million voter names out of 50 million went missing. Also, data sheets used in the NERPAP exercise were found ‘lying around’ in several locations; this raised the possibility of some of the personnel tasked with amassing the data persisting in doing so even after the Supreme Court ban. The absence of clear-cut instructions on how to dispose of or store data sheets may have led to such indiscriminate attempts at disposal. It was even suggested that some of the deletions are methodical bids to rob specific groups of their voting rights. As per investigation revelations by Telangana police, the data were stolen from the UIDAI database to delete voters’ names. Abusaleh Shariff, a Sachar Committee member, alleged that nearly 20 per cent of the names of Muslim adults went missing from Karnataka’s electoral lists.

The proposed linkage raises several constitutional and legal questions. It, for instance, will violate the Supreme Court judgment in Justice K.S. Puttaswamy (retd.) & Anr. vs Union of India. The proportionality test, laid down in the Puttaswamy I case, places strict constraints on State action that infringes on the right to privacy. The government has claimed that it needs to de-duplicate the voter database by linking it to Aadhar. However, it has not demonstrated supportable estimates of the degree of replication in the voter ID database, nor elucidated how Aadhar linkage helps reduce duplication.

Significantly, previous attempts to link Aadhaar with voter ID offer adequate evidence of exclusion. The attempts of the governments of Andhra Pradesh and Telangana to link Aadhaar with voter IDs led to 55 lakh voters being arbitrarily excluded from the voter database in 2015. When Aadhar was used to ‘clean-up’ databases, such as those of the public distribution system and Mahatma Gandhi National Rural Employment Guarantee Act, it ended up arbitrarily deleting the names of beneficiaries.

In addition, the law can be considered proportional only if it offers equally effective alternatives and when there are no other less restrictive measures to achieve the objective. The Indian government has not explained why traditional verification apparatuses will not work or how they can be fixed through technology. The Constitutional Conduct Group, which perused studies concerning the verification of electoral rolls, has proposed alternative measures none of which consider Aadhar that it categorically rejects. The EC, the CCG argued, must register all eligible voters, especially among marginalized groups and migrants. The Aadhar-led purification process is not going to serve this purpose. Any exclusion caused by linking voter IDs with Aadhar would be legally impermissible and predominantly detrimental to minorities and marginalized groups since Articles 325 and 326 of the Constitution promise universal, adult suffrage.

The attempt to link voter ID and Aadhar is unconstitutional and is adversarial to the right to privacy. Any law that requires data collection must satisfy the principle of proportionality. The bill has not been able to demonstrate the necessity for such a linkage.