Politicians need support from business more than they need votes 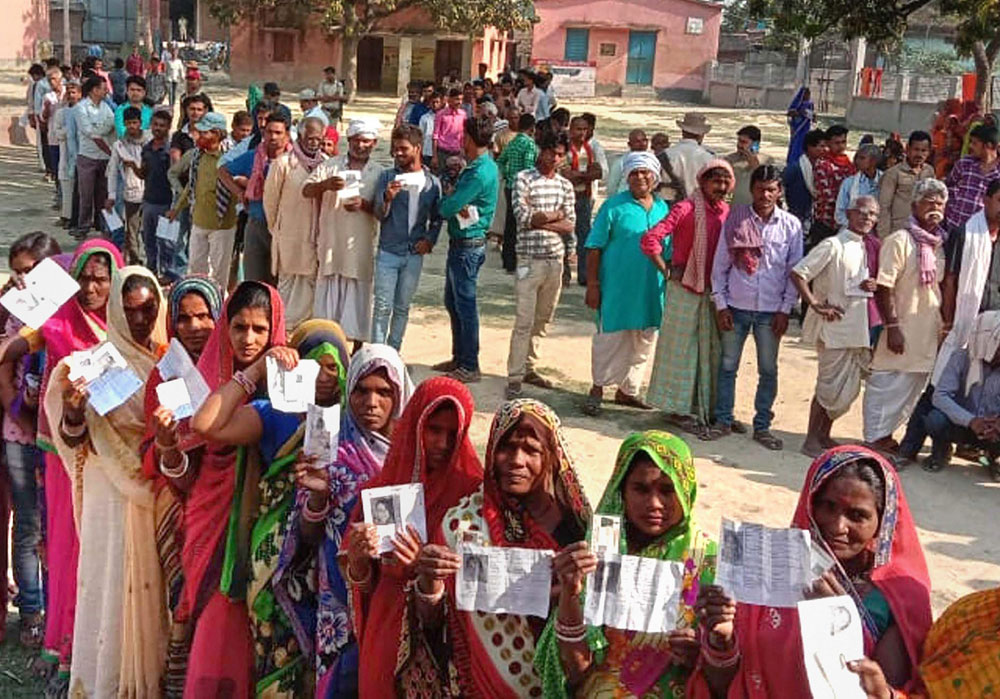 It is election season and the ‘festival’ of democracy is upon us. We are expected to exercise our franchise and elect the government that will rule India for the next five years. How do we actually make our choice? We can vote for a candidate who we think is competent, will work for the constituency, and is known to be honest, independent of the party that the candidate represents. We can vote for a party of our choice, independent of our assessment of the particular candidate. We can, of course, choose a candidate who is personally known to us so that we can have access to somebody powerful if the candidate went on to win. Finally, we can vote randomly, something like a political tic-tac-toe; however, it is unlikely that many voters actually do this. Now we have the choice to vote for no one at all by pressing Nota (none of the above). There are also a large number of people who refrain from voting. Once again, there could be a number of reasons for not voting. A few could be indisposed, or travelling on polling day. There could be a number of lazy or apathetic people who refrain from voting for no particularly strong reason. A possible justification for the lethargy could be — who cares who forms the government, it does not affect me. Finally, there could be a small discerning set who believe that our political system will never really be able to bring about inclusive and equitable development. These people would not go out and vote for Nota. Voting for Nota implies that the voter is not averse to the system of parliamentary democracy we have but, rather, has no confidence in the candidates who are running for office or the parties in existence and their political programmes. In other words, they would have voted if the set of choices were different. Those who consciously refuse to participate have no faith in the political system. This group believes that changing parties and their manifestos or the candidates are of no use.

To pursue the distinction between those who vote for Nota and the voters who refrain for political reasons, it is necessary to consider two issues. The first pertains to what determines the macro outcome of the electoral processes. The candidate who gets the highest number of votes cast in a given constituency wins. The winners also have party identities, and the party with the highest number of winners is traditionally asked to form the government. If this party has the majority, there is no problem. If it does not, then a coalition becomes necessary and things get messy as ‘horse-trading’ begins; money and powerful positions can ‘buy’ the allegiance of legislators. As Indians, we are all too familiar with this situation. The macro outcome is beyond the control of a single voter or even a group of voters. Suppose a specific political party comes to power. People voted for this party for many reasons — ideology, caste, class, charisma of the candidate, personal gain and so on. Many others did not vote for this party. What does this victory represent? The candidate is expected to work beyond his constituency — for the entire nation. The government becomes accountable to all — those who voted for or against the party as well as those who did not vote at all. Since the government does not know everybody’s interests, it works for a nebulous non-voter called the ‘nation’ and implements its programmes.

In this system, governments can change. When governments change in India, some pundits claim that the electorate is truly politically mature, even if uneducated and ignorant. Others claim that the winners purchase votes through use of cash, or even something as trivial as a couple of bottles of liquor. Indian voters are supposed to be wise and foolish, ignorant and informed, all at the same time. Both these descriptions can be true only if the outcome is the result of a random process, with biases driven into it through money power, muscle power, State power, fake news and ignorance. Hence booths can be jammed, false votes can be cast, political supporters can be threatened, beaten up or even killed, votes can be purchased and electoral rolls and voting machines potentially tampered with. It is like the spin of a terribly biased roulette wheel.

Talking of casino games brings us to another fundamental aspect of the political system of representative democracy. In elementary textbooks of economics, it is claimed that in economic markets people ‘vote’ with their money — a rich man’s market power is many times more than that of a poor man. However, in the political market, everyone has one vote only — a business tycoon, for instance, is no different from an auto-rickshaw driver. While this may sound seductively egalitarian, nothing could be farther from the truth. Long before any election is due, politicians and political parties start receiving monetary donations from big business. Money is of the essence in fighting elections. Parties do not have any limit on how much they can receive in total, or from any single donor. Candidates have a stipulated limit though on how much they can spend. Elementary book-keeping manipulations can ensure that de facto spending by a candidate can be much higher than the stipulated amount. Now, with the introduction of electoral bonds, foreign companies — even foreign governments — can make donations to political parties. This queers the pitch at the very beginning, before a single vote is cast. All major parties receive massive donations with strings attached. If, by chance, a smaller party makes electoral gains and gets significant power in government, the funding deficit will be rectified immediately. It is quite easy to see that whoever comes to power, the system will have to work for big business. No party can afford to be openly or actually anti-business. They can be, however, anti-people in their policies and programmes — against a particular caste, class or community if big business so demands.

Indeed, this system has an inherent tendency to gravitate towards a strong leader. Business houses prefer to deal with one leader who has charisma and control. It is also desirable that the leader can minimize dissent. Hence, the system works like a totalitarian State without having to give up on the trappings of a democratic façade. In the situation that is emerging in India today, institutions are being systematically undermined, the poor and unemployed callously neglected, corruption running rampant, the natural environment allowed to be degraded rapidly for short-term profits and, above all, dissent silenced. Consent for the system is manufactured in the name of national pride. It is considered anti-national to talk of alternative democratic models.

Politicians need support from business more than they need votes. Businesses require politicians to get the legitimacy of the policies they prefer. In India, over the past few decades, the private sector has gradually gained increasing influence over public policy. Media houses, like any big business, are an integral part of this game. At the end of the day, random electoral outcomes put a veneer of popular support to a system run by big business and their political minions. Most of us stay mesmerized by the political system with its “shrieking and squeaking/ In fifty different sharps and flats”. The real choice, however, lies in having the courage and the wisdom to opt out.

And the dark horse is... Nota