Police surveillance against reckless driving must be sustained over time 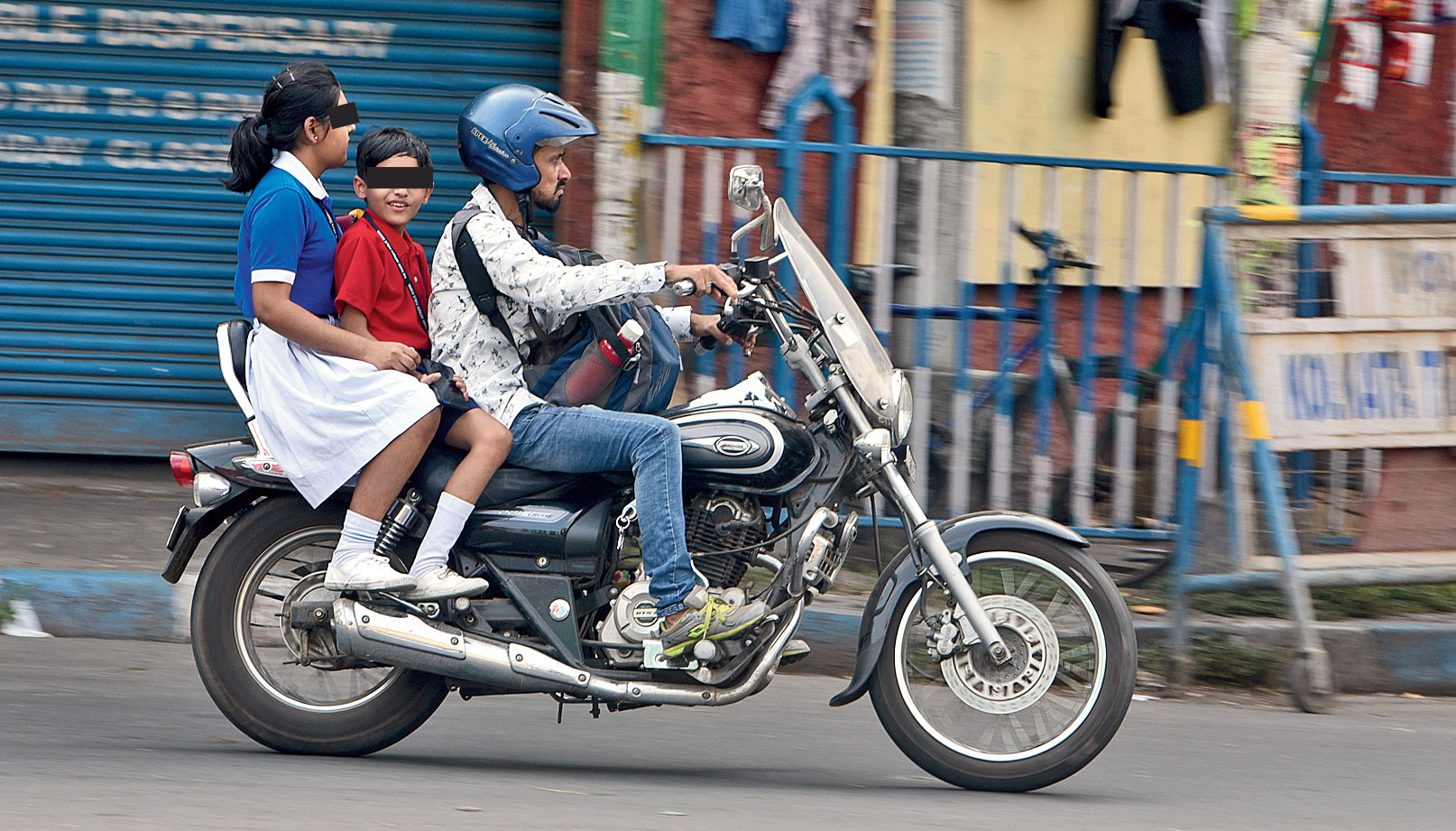 Rogue biking is an undeniable problem, and few bikers seem to be aware that wearing helmets is mandated by law.
(Picture by Pradip Sanyal)
The Editorial Board   |   Published 01.07.19, 04:10 AM

A lot of problems are surmountable if there is a mix of imagination and political will in devising their solutions. In the absence of these factors, the same problems can persist and even worsen over time. The truth of both these statements became apparent recently after the Calcutta Police launched a drive to contain rogue biking in the city after a woman and the driver of the app cab she was travelling in were heckled at night by a group of helmetless bikers at two separate areas in the city. Rogue biking has been an undeniable problem in Calcutta for years. The phenomenon poses a threat to the safety of women, as was evident in the recent incident; it has also resulted in numerous fatalities. In 2017, 55 helmetless bikers lost their lives in Calcutta; last year, the number was about 45. Such figures have naturally led to questions about vigilance on the part of the police, especially at night, which is when bikers feel emboldened to ride at dangerous speeds sans helmets. It is true that the recent mishap has spurred the law enforcement machinery into action — since the incident took place, over 6,000 motorists have been caught and prosecuted across Calcutta over the course of six nights, more than half of whom have been booked for riding helmetless and a little over a third for travelling with more than one pillion rider on a motorcycle. Given that administrative rigour can make such a marked difference to the state of traffic management and safety on the roads, it must be asked why such efficiency and much-needed vigilance have been so delayed.

What must also be appreciated is the imagination that has gone into the intervention: Calcutta Police have been distributing leaflets in Hindi, Urdu and Bengali across 25 traffic guards, urging motorists to wear helmets, while surveillance is set to be stricter on weekends, when such violations reach their peak. But these moves must be sustained over time. Significantly, the police have discovered that a major cause behind the flouting of rules is deep-seated ignorance among riders. Few seem to be aware that wearing helmets is mandated by law. Thus, even if the police continue to do their duty, newer ways must be devised to raise public awareness and instil in commuters a sense of responsibility and the desire to be law-abiding. Prosecuting the violators will not be enough. Unless public apathy is recognized as a significant contributor to the problem and dealt with accordingly, the number of rogue bikers on Calcutta’s streets is unlikely to decrease.

Crackdown on errant bikers in Calcutta