Persons with disabilities: a persecuted people 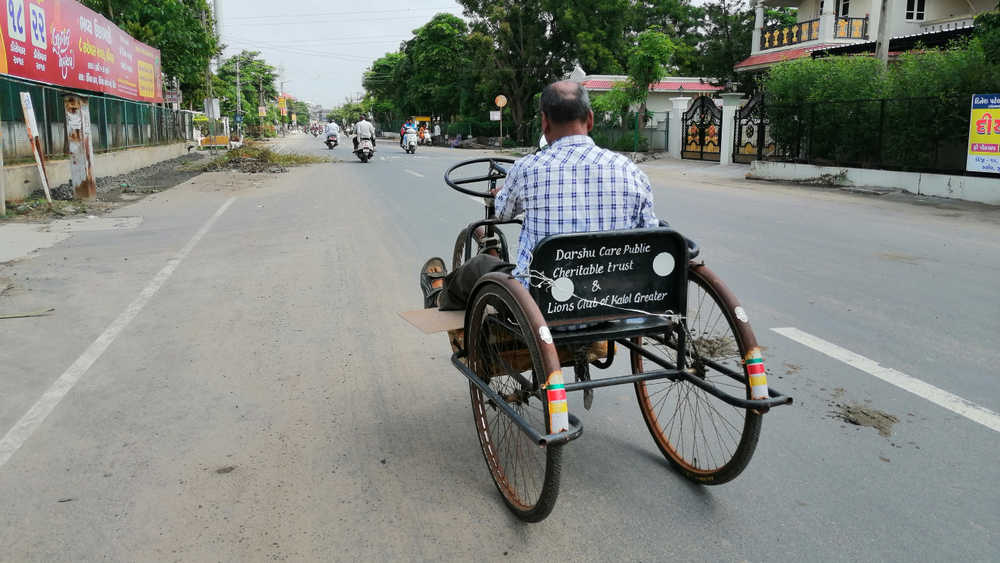 The perception of disability in our society is unidimensional, conservative and narrow.
Shutterstock
Prashant Bhaware   |   Published 19.02.21, 02:31 AM

I studied in a boarding school. Every day, two hours of the evening were scheduled for outdoor games. Before we could begin playing, our sports teacher would instruct us to run two rounds of the playground as warm up. A few of us, including myself, were exempted from it. Sometimes we would have to clean parts of the ground for others to play there.

I have a locomotive disability with a case of Spastic Diplegia Cerebral Palsy because of which I could run slowly for only a few hundred metres during these warm-ups. After that, I would watch others play and never participate in any game. This and the task of cleaning the ground were like a form of physical segregation and I would feel excluded. I hated those two hours.

This is just one incident among many others that made me think I was lesser than others. The constant need to fit in and improve myself put an extra burden on me. Over the years, these experiences contributed to developing a severe inferiority complex and a lack of self-confidence.

The perception of disability in our society is unidimensional, conservative and narrow. Let us examine the words that are used to describe persons with disabilities: ‘Apang’, ‘Viklang’, ‘Handicapped’, ‘Specially-abled’, even ‘Divyang’. These terms lead to a stigma against disability in two ways. First, they identify and isolate PwDs from society. Second, they allot less personhood to these identified persons by addressing them with terms that mean, quite literally, weak and crippled. Else, they glorify them by according divinity (Divya — divine, Ang — body). These phrases prevent society from acknowledging their complete personhood and accepting them as human beings first.

Barriers — inaccessible social spaces along with the misbehaviour of people — hinder PwDs from full and effective participation in society on an equal basis as well as scar them emotionally and psychologically. They are more likely to experience loneliness, fear, anxiety, depression — the outcomes of discrimination and prejudice. Along with making physical spaces accessible to them, it is thus crucial to understand the mental health challenges faced by PwDs.

To honour the principles of the signed convention of the United Nations — the Convention on the Rights of Persons with Disabilities, 2006 — India brought two legislations into force: Rights of Persons with Disabilities Act, 2016 and Mental Healthcare Act, 2017. Both legislations pay scant attention to the mental health of PwDs. The RPwDA talks extensively of universal design, accessibility in the public sphere and the protection and safety of PwDs, but there are no provisions to address their needs of and access to mental healthcare services. The RPwDA and the MHA fail to address the intersection between caste and disabilities: PwDs hailing from the oppressed castes bear a double burden. Some other invisible barriers find no mention in the MHA. These include training and sensitizing of mental healthcare professionals to address the concerns of PwDs; the need to provide mental healthcare professionals with communication devices, technology and medium required by persons with sensory impairment.

The existing data on disability in the 2011 census are vague and the phenomenon is under-reported. For example, according to the World Report on Disability, 15 per cent of the global population is living with some sort of disability, whereas the 2011 census says only 2.21 per cent of the Indian population is ‘disabled’. Clearly, the data do not give the complete picture. No effort should be spared to correctly collect data on disability during the 2021 census.

Making the social environment inclusive for PwDs is the first step to integrate them fully into society. Disability cannot define a person. This kind of insensitivity renders PwDs disadvantaged and vulnerable. Unless society kicks away the stigma that is attached to disability, efforts at inclusion will remain incomplete.