Guardians of the environment

Pastoralism has been the most sustainable form of production, livelihood, and land use in most of the world’s arid and semi-arid areas 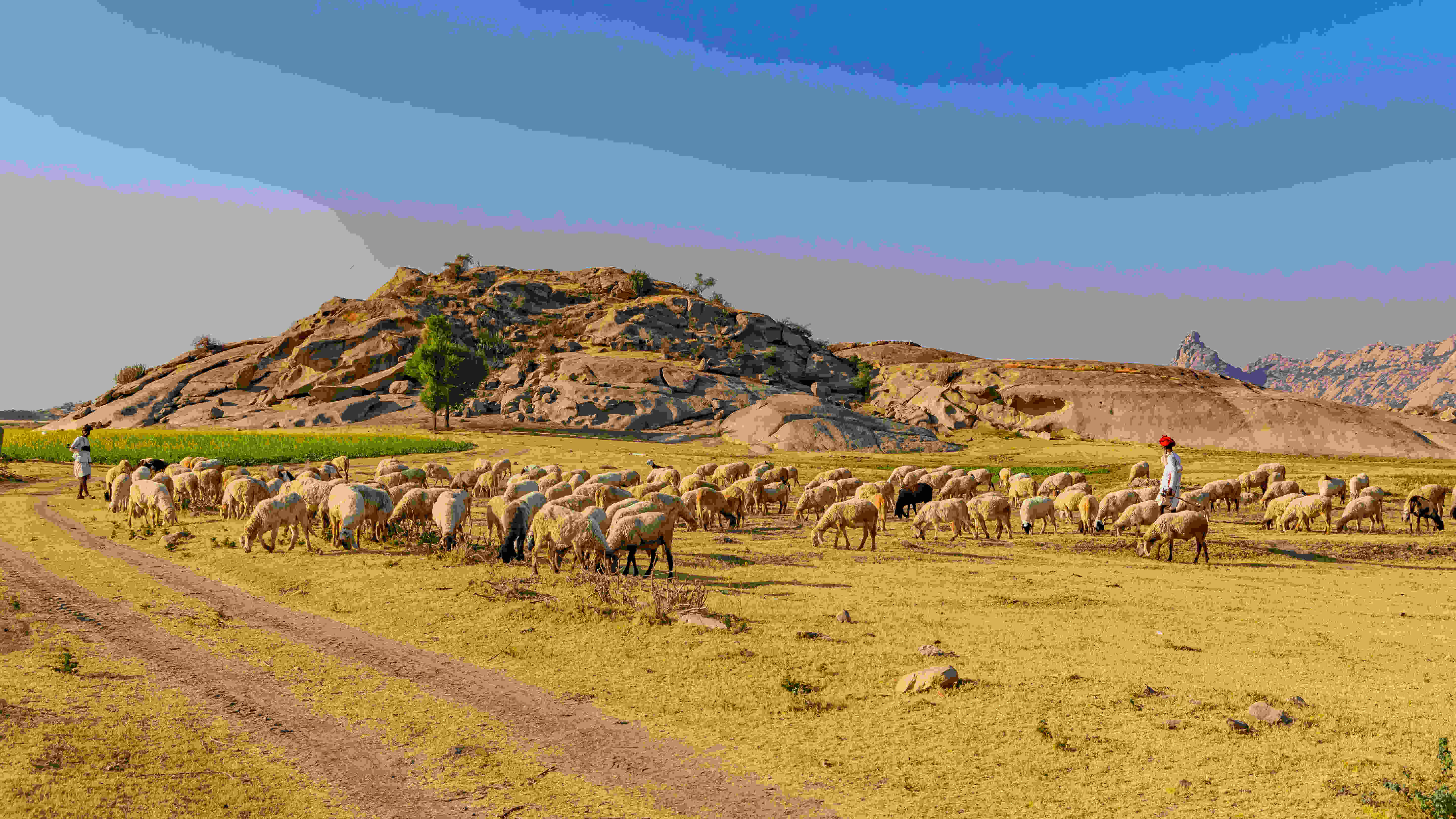 In 2019, the government of Mongolia proposed to observe the International Year of Rangelands and Pastoralists in 2026. The international community is of the opinion that awareness of the importance of rangelands and pastoralists to livelihoods, healthy ecosystems and the adoption of climate change resilience strategies could be heightened by such an event. In a letter, T. Jambaltseren of the ministry of food, agriculture and light industry stated, “An [IYRP] could provide the impetus and momentum necessary for a worldwide understanding of the importance of these lands and people to global food security and environmental services.”

Pastoralism has been the most sustainable form of production, livelihood, and land use in most of the world’s arid and semi-arid areas. Pastoralism, it is believed, is practised in more than 75 per cent of the world’s nations by around 500 million people. Pastoralists contribute massively to the preservation of biodiversity, improving soil quality and preventing desertification. Recent research has also shown that pastoral landscapes could have a neutral carbon balance as emissions from animals are offset by carbon sequestration in soils and plants. The community members could thus be described as stewards of the environment.

However, their role in preserving the rich natural capital of arid regions with stressed resources is misunderstood and poorly documented. Ramzan Ali, a pastoralist from Kelan village, Bikaner district, owns a herd of 100 goats and sheep. On being asked whether he was aware of the demand for the IYRP globally and in India, he answered, “I am unaware of it. But, if it is being organized then it’s a piece of good news for our community. Hopefully, this should ensure our seamless access to the rangelands. For decades, these rangelands have proved to be a rich nutritious source of forage and we have conserved the biodiversity of these rangelands. The fodder insecurity is a critical challenge that threatens the well-being of our animals and disrupts the ecological balance.”

By migrating to new pasturelands, pastoralists do not allow their animals to overgraze indigenous vegetation, ensuring the sustainable usage of these rangelands. A study by the International Union for Conservation of Nature and the United Nations Environment Programme argued that pastoralism could play a key role in the transition to a green, environmentally sustainable, global economy. Compared to agriculture, pastoralism is also better equipped to adapt to the changing resources and climate zones.

In India, pastoralists are estimated to number 13 million, forming 1 per cent of the total population. There are some 46 castes or communities that have specialized pastoralist identities. The pastoralists chiefly rear cattle, buffalo, sheep, goats, camels, yak, ducks, guinea fowl, pigs, horses, and donkeys. For centuries, pastoralists’ knowledge of the management of natural resources has involved the adoption of practices that effectively conserve the diversity of vegetation, livestock species, vegetation cover, soil quality and water recycling. They have adopted selective breeding strategies so that indigenous livestock species can adapt to local climatic conditions and possess resistance to diseases, drought, and parasites. In India, pastoralists have been estimated to own 395.3 million livestock. The value of manure from their livestock as a source of nitrogen, phosphorus and potassium is said to be a massive $45 billion a year. If it were not for their livestock recycling nutrients and clearing weeds from fields during the non-farming season, then India would have been forced to rely on synthetic fertilizers. The ecological and economical costs of these fertilizers would have been perilously high.

Government data since 2012 suggest that the pastoralist sector produced milk worth $2.7 billion and meat worth $2.2 billion annually in the formal sector alone. Nomadic livestock is a major supplier of organic meat and milk. This is because the rangelands remain the primary source of nutrition and pastoralists choose not to add minerals, vitamins, pro-vitamins or genetically modified supplements to their animal feed. In the arid and the semi-arid regions with frequent droughts, these healthy animal-source foods have ensured food security to pastoral communities.

Sumer Singh, a pastoralist from Jaisalmer who along with his joint family collectively owns around 1,200 goats and sheep, said, “For centuries, our ancestors have sustainably used rangelands. I did not know about IYRP. It does sound like a good initiative. But, 2026 does seem far away. We need to quickly start responding to the problem of declining rangelands.”

The IYRP could put the concerns of pastoralists back on the policy agenda of the nation and the world. Climate change makes it even more important to acknowledge and encourage the environmental services of pastoralists.