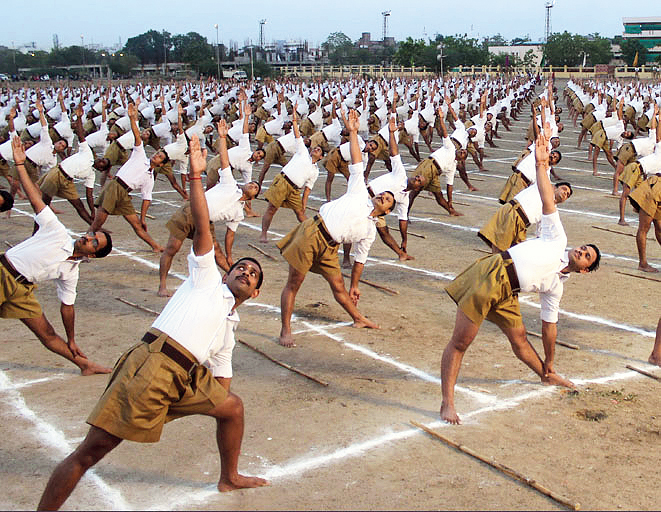 Sir — The model-turned-actor, Milind Soman, recently disclosed that he was once a part of an RSS shakha. This incensed some of his fans on Twitter. They were so angry with him that some of them declared that they no longer considered him “hot”. Why is Twitterverse provoked so easily? People on social media are notorious for targeting others with no valid reason. Why should Soman be judged for his past association with the organization as long as he does not take part in or endorse their communal activities? Surely ‘doing yoga in khaki shorts’, as Soman claims to have done, is no crime?

Sir — The Indian government increased duties on petrol and diesel (“Slippery move”, March 20). This is the steepest hike since 2012, and is reportedly being carried out by the government to increase its revenue by around Rs 39,000 crore in the wake of falling global crude oil prices. However, by appropriating all the gains, the government will end up depriving the consumers. People have to face the double whammy of rising prices and a growing threat from the coronavirus. They are being made to pay not just higher prices for petrol and diesel, but also other goods and services, the prices of which are expected to go up with the fuel price hike.

The economy has steadily slowed down. Unemployment is high, millions of jobs have been lost, wages and salaries have been cut, rural incomes have fallen. All this has decreased financial solvency. The clampdowns owing to Covid-19 will make things worse. Yet, people are being forced to pay more for amenities since the government feels that its own ledgers are more important than the common man’s plight.

Sir — As the ramifications of Kanika Kapoor’s careless actions begin to emerge, it is time that we address the culture of recklessness practised by Indian celebrities. After the prime minister informed the citizens of India on March 4 about his plans to avoid Holi events in the light of expert advice to steer clear of mass gatherings, the Unicef goodwill ambassador, Priyanka Chopra, attended a Holi party in India, as was evident from the pictures she shared on social media.

Now, Kanika Kapoor has sent shockwaves through the Indian leadership owing to her abdication of civic responsibilities. After flying in from London on March 9, she allegedly dodged health screening by the airport staff, although she has denied these claims. Later, she attended three gatherings in Lucknow instead of self-isolating for 15 days as is expected from international travellers according to the Union government rules.

Contact mapping becomes increasingly difficult when a mass gathering is compromised: a human interacts with a hoard of other humans at the gathering, who then interact with separate groups of people individually. This cycle keeps repeating itself until it is too late to check the spread of a disease. This is when the pandemic truly becomes fatal, with a shortage of hospital beds and medical staff making matters worse. Thanks to Italy, the world is already familiar with such a scenario.

The media need to choose the kind of celebrity stories that should be made public. Sportspersons like P.V. Sindhu and Pullela Gopichand have self-isolated. The SAI-Gopichand academy has also been closed as per the guidelines of the Telangana government. This is in sharp contrast to the manner in which Chopra and Kapoor behaved after the spread of the virus.

Sir — The evasion of health screening by travellers, especially celebrities, has rightly provoked many Indians. Some have even demanded that the government take strict legal action against those who are testing positive for Covid-19 and have spread the disease owing to negligence. But should we stigmatize patients?

The stigma associated with the coronavirus as a “foreign” disease has encouraged some prejudiced people to make racist comments. People who ‘appear’ to be ‘foreign’ are paying a steep price. My friend from a northeastern state was spat on by a local Delhiite, who asked her to “get lost from India with corona”. Further, booking Covid-19 positive patients — Kapoor has been charged under three sections of the Indian Penal Code — might not help. In fact, it might scare people into hiding their condition, increasing the risk of community spread. Stricter laws do not always act as deterrents. When will the government or people ever learn this lesson?