Advertisement
Home / Opinion / Past ahead: Editorial on controversy over Centre’s decision to promote Vedic education

Past ahead: Editorial on controversy over Centre’s decision to promote Vedic education

This official stricture has its purpose because students passing from Veda system will now be allowed to join mainstream courses in university, including engineering and medicine 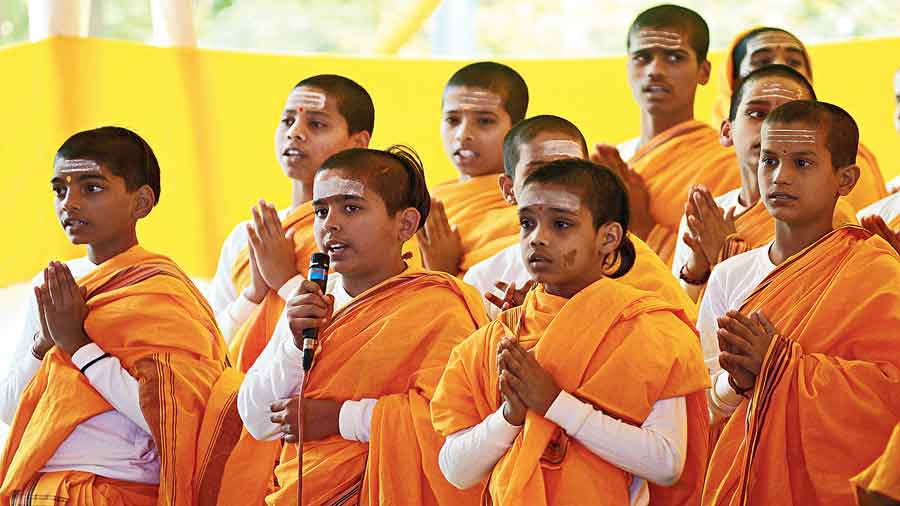 The logic of wise men is often inaccessible. When the Association of Indian Universities, chock-full no doubt of the wisest folk chosen by the Narendra Modi government, decided to grant two education systems centred on Vedic education equivalence with other school boards, it was not clear what was being improved. Would schools of the Bharatiya Shiksha Board, run by Patanjali Yogpeeth with Baba Ramdev as a trustee, and of the Maharshi Sandipani Rashtriya Veda Sanskrit Shiksha Board become more like schools under the Central Board of Secondary Education for example, or would the non-Veda schools grow closer in approach and knowledge to the Veda-teaching schools? The latter have been instructed to teach ‘modern’ subjects such as science, social sciences and mathematics and follow the rules of syllabus and recruitment imposed on the other boards. This official stricture has its purpose because students passing from the Veda system will now be allowed to join mainstream courses in university, including engineering and medicine. So far, they had to sit an extra examination to prove their fitness: this will be dropped. The Central University Entrance Test may help eliminate any unevenness of training that might linger. Since the BSB was authorised to decide on the syllabus, the instructions about these may be a formality at best. So, perhaps, in the ultimate analysis, the whole education system is meant to move closer to the Veda schools.

This would match, in intent, the rewriting of history and social sciences textbooks that appear incremental but are actually blatant. This could not have been possible had all academics refused to countenance the changes, but now the accepted system can be dismantled further. The two Veda-teaching boards have declared their intention to keep the Vedas, Upanishads, Sanskrit and related subjects central to their syllabi, so maybe the ‘modern’ subjects would be peripheral. The BSB unhesitatingly emphasised the study of Manusmriti; no better training could be imagined for validating the caste system and devaluing women. Science and mathematics would be taught through their advances in ancient India, undeniably the best foundation for India’s physicists and doctors. A blended syllabus is no bad thing since madrasas are flourishing with it. Will there be similarly strict scrutiny for the Veda schools? If so, there is still some hope for India’s education system. If so.