India's neighbour is a victim of its own terrorism industry 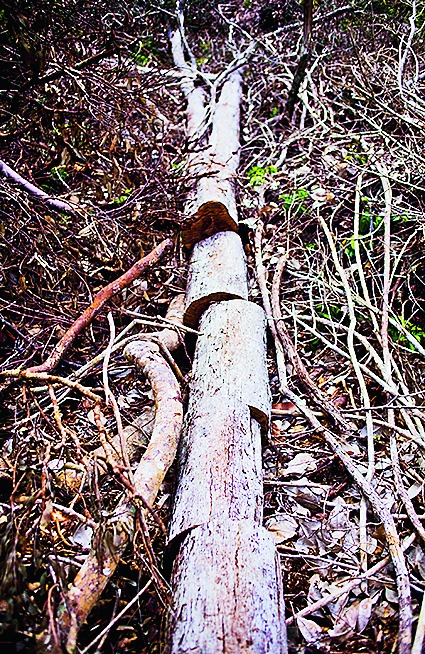 Indians are a rather glum lot these days. Those who were effusive about our present prime minister and voted him to power are disappointed by his inactivity; those who feared his rise are alarmed by attacks on secularists - once christened pseudo-secularists by L.K. Advani, now branded seditionists by Rajnath Singh - and wonder if worse is to come. I looked for a way to cheer both groups up, and found it in a Pakistani video, which gives 10 things that make Pakistanis jealous of India, starting with the least important and going up the ladder.

First, India has credit in the world while Pakistan gets no respect. For instance, The New York Times apologizes for a cartoon. The Chinese president goes to Gujarat for Narendra Modi's birthday. Modi gets assurances of $37 billion investment from Japan.

Next, China is supposed to be Pakistan's ally, but it keeps good relations with India. Japan will invest $30 billion there. Investors try to get into India even though Nirmala Sitharaman has nothing for them but a frown; they do not give Pakistan even a thought.

Third, Pakistan is jealous of Hindi. Most advertisements shown on Pakistani television are produced in India with Indian models. What do these brown ladies have that Pakistani beauties do not?

Fourth, Pakistan is jealous of India's status in cricket. India is not even at the top of the cricket ladder, but all players want to play in India. Just because India has the money, all cricketers want to end up there.

Fifth, Pakistan is jealous of Indian lobbies abroad. Many Indians in the United States of America are just shopkeepers or hoteliers; but they have such political clout. Sometimes they are not even Indian lobbies; quite often it is foreigners who have invested in India. They act as India's cheer-leaders.

Sixth, Pakistan is afraid of the Indian defence budget. India is the most unreasonable, threatening, quarrelsome country in the world (for Pakistanis); but Pakistan has no way of matching India militarily. Muslim moneybags like Saudi Arabia give Pakistan some help, but not enough to enable to look India in the eye.

Seventh, Pakistan is jealous of Modi's popularity. He is most unreliable. No Pakistani can trust him. Nor should Indians; but they are solidly behind Modi.

Eighth, Barack Obama visits India, but not Pakistan. Not just Obama; all leaders of major powers want to go there. Some, like David Cameron, go and perform in India even without an invitation. Even when they are invited to Pakistan, they invent some lame excuse or other for not coming.

Ninth, overseas Indians are highly capable, while Pakistanis are isolated. The American information technology industry recruited Indians by the thousands; it would not touch Pakistanis even with a bargepole. Young Pakistanis are no less good; but just because they are not Indians, they are denied chances across the world.

Is this Pakistani impression of India a fair one? Pakistan has no direct exposure to India; its opinion must be based on Western media. They give little space to India or Pakistan. They do not give a great image of India; rather, they give a poor image of Pakistan. And that is because Pakistan often makes news for terrorism and violence. It is not because the Indian law and order machinery is much better, but because Pakistan has long been involved in an informal war in Afghanistan, and the terrorism it once exported has now become a domestic industry in Pakistan. Pakistanis perhaps underestimate the damage done to Pakistan's international image by the asylum that their country gives men involved in terrorism in India and Afghanistan. Pakistanis may seriously believe that the terrorists are fighters for the freedom of Kashmir; but they have failed to make the world share this belief.

Can it be converted to the Pakistani view? There is one precedent for such conversion, namely to the view that Palestinians are terrorists and Israelis are victims. Israelis have been better at selling their viewpoint for a number of reasons. For one, they have patrons and allies amongst the Jewish tycoons of New York; that brings them sympathetic coverage in the US media. For another, they have occupied all of Palestinian territory and made it a colony; with this territorial control, they can punish Palestinians much more heavily than Pakistan ever can Indians. Third, the Israeli punitive machinery - the army and the Mossad - is far quicker and more effective than anything in South Asia.

Can Pakistan convert the world equally effectively to the view that terrorists are heroes and Indians are villains in Kashmir? It does not have to work very hard to do so. Hardly anyone outside India thinks that Kashmiris are happy to be in India; even in India, there is enough press coverage of violence in Kashmir to give the impression that there is strong anti-Indian sentiment. If Indians can read and hear this, the world can too. The only thing that distorts the message is Pakistani involvement in terrorism. If it ceased to help terrorists, the world would soon come to view Kashmir as an Indian colony.

The reason why Pakistan cannot disinvolve itself is that terrorism in Kashmir is not an isolated venture; it is just one activity of the Pakistani terrorism industry. Jamaat-ud-Dawa is a prosperous non-governmental organization in Muridke, ostensibly involved in charity; terrorism is its side business. It is only one of the many religiously oriented, mosque-centred NGOs spread all over Pakistan. The religious industry is too large for the Pakistan government to control; it feeds such a large number of young men that Pakistan would have a major problem if they were out on the streets.

So for now, terrorism is an essential industry in Pakistan. As long as it is, Pakistan cannot develop a positive image in the world. And as long as it has a negative image, India will have a more positive image whatever Pakistan does. With the image come many things - trade, communications, tourists, publicity, and so on.

Pakistan took Partition as the beginning of a race between India and itself. That view is not wrong in itself; but Pakistan has chosen the wrong sport in which to compete against India. It wants to run as the champion of Kashmiris against India the oppressor. The world does not care who wins. And even if Pakistan wins somehow, the world will keep mollycoddling India, because it poses no threat to anyone - not even to Pakistan - and offers more opportunities to foreigners. Its trade is seven times as large as Pakistan's, and its industry and services play host to far more foreign investment. If Pakistan had any sense, it would grab opportunities - offer quick, cheap transport between India, Afghanistan and Central Asia, give north Indian goods access to the sea through Karachi, offer to build beautifully sculpted Mughal villas for India's moneybags, attract them to Murree for holidays, and invite Indians to shoot films in Baluchistan. If it does, Indians will spread a good word to the world about Pakistan; that will be enough.