On the train: Fight for space, also fight cockroaches

As population increases and resources keep running out, the space crunch will only get worse 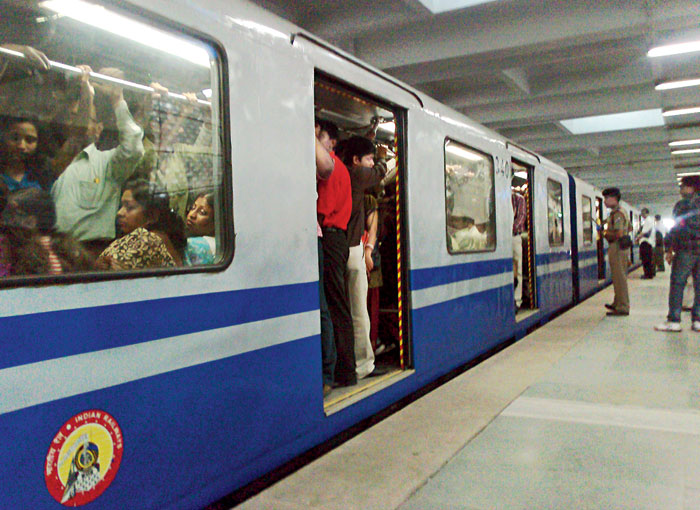 Sir — A picture of a passenger lying underneath airplane seats has gone viral on social media. The thought of cramped aircraft seats is enough for one to sympathize with this passenger. But in crowded India, an obsession to eke out some extra space for oneself is not unique. The phrase, “aath jon boshe”, is often heard on the Calcutta metro. People will insist carving out a thin sliver of space to sit down, even at the cost of personal comfort. As population increases and resources keep running out, the space crunch will only get worse. The first victim of this space crunch will be civic sense.

Sir — The railway authorities alone cannot be blamed for the cockroach infestation on the Shatabdi Express bound for New Jalpaiguri (“Welcome aboard cockroach coach”, Sept 11). Cockroaches have become resistant to most varieties of insecticides available in the market. Moreover, cockroaches survive on morsels of food and litter and passengers are infamous for making a mess in the compartments that they occupy. Nevertheless, urgent measures need to be taken if the railways does not want to lose passengers.

Sir — The news of cockroaches overrunning a Shatabdi Express reminded me of a similar experience that I had while travelling to Puri recently. I was awake all night and had to keep the reading lights on in order to keep an eye out for pests. The menace of roaches and rats in train compartments is getting out of hand. Often, inaction by the travelling ticket examiners on the pretence of ‘lack of authority’ adds to the woes of passengers. This indicates a complete lack of concern towards ensuring minimal comforts to passengers on the part of the Indian railways.

Sir — Cockroaches and Indian railway coaches go back a long way. Although the scale of the problem is not usually as bad as the level of infestation reported in the New Jalpaiguri-bound Shatabdi Express. It is undoubtedly the duty of the railway authorities to ensure the cleanliness of coaches. But it must be mentioned here that the upkeep of a system as vast the the Indian railways needs funds. The government’s repeated bowing to populist demands to not hike fares is not helping the cause of the railways. Along with rising fuel and other costs, the price of tickets, too, should be increased.

Sir — It is unfortunate that West Bengal is among the leading states when it comes to child trafficking as per the National Crime Records Bureau (“Look deeper”, Sept 10). It is especially strange since the state has a plethora of welfare measures, especially for girl children. The figures can thus be chalked up to lax policing, low conviction rates and lackadaisical investigation of crimes. These instill confidence in criminals. Integrated Child Development Services workers and village panchayat members should be given additional responsibility to educate the poor masses about child trafficking and asked to be extra aware about children going missing.

Sir — The editorial, “Look deeper”, painted a dismal picture; the revelation that less than one per cent of the accused in the trafficking cases have been convicted in the past decade in West Bengal and Andhra Pradesh, is alarming. Such things cannot take place without either the complicity or ineffectivity of the State machinery. The pace of judicial proceeding in India adds to the problem. The low rate of convictions has emboldened traffickers to become repeat offenders. Poverty, lack of education, immigration policy, environment, fractured family and above all the lack of good job opportunities are the leading causes behind trafficking ring flourishing. Yet, the amended bill introduced in Parliament to check these problems has lapsed. This exposes the lack of political will to combat the menace.