Nitin Gadkari: most watched in BJP, by BJP 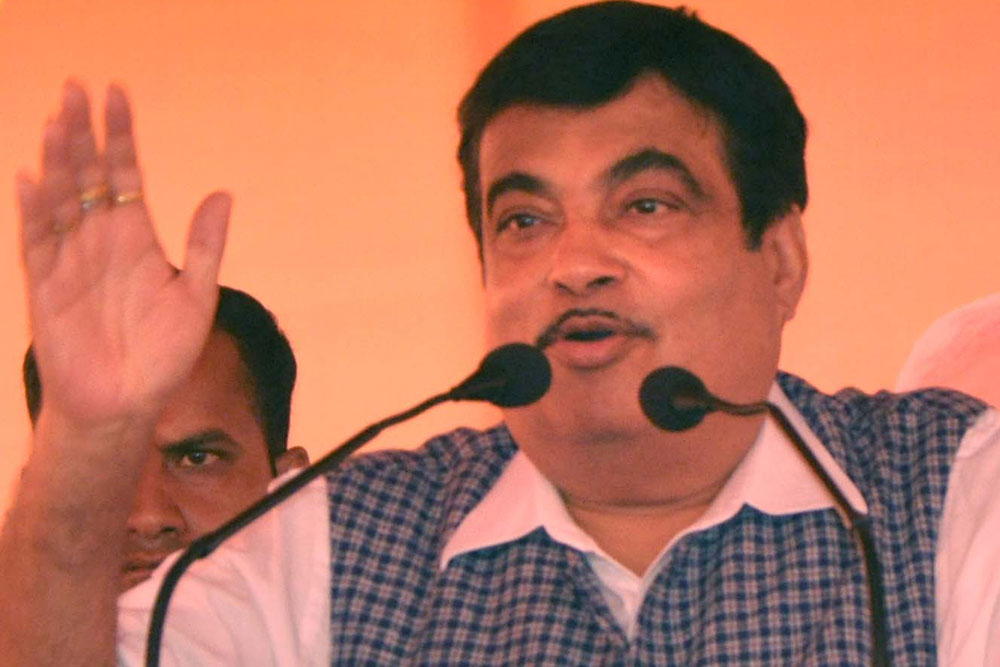 The Bharatiya Janata Party’s opponents have often complained about being under the ruling party’s watch. Now, in a twist of sorts, a BJP minister has found that all eyes are trained on him. The man in the spotlight is none other than Nitin Gadkari. And the reason for the ‘surveillance’? Gadkari’s critical comments supposedly directed at the party leadership. Incidentally, Gadkari, who hails from Nagpur, is considered to be close to the Rashtriya Swayamsevak Sangh. These days, he is said to be in touch with several prominent state leaders — Shivraj Singh Chouhan’s name apparently features in this list of ‘unhappy souls’ — who are said to be disgruntled with the high-handed approach of the BJP president, Amit Shah.

Old timers will recall that Gadkari has a bit of a history with Shah. Their feud goes back to the time when Gadkari, as the party president, had made Shah wait for a long time for an audience. Again, when the BJP teamed up with the Shiv Sena in Maharashtra, Gadkari had assumed that the chief minister’s kursi would be his for the taking. But Shah, many believe, put a spanner in the works for Gadkari: Devendra Fadnavis, located in the lower branches in the BJP’s power hierarchy, elbowed the heavyweight Gadkari out to assume the CM’s mantle.

The buzz is that after the BJP’s trouncing in the assembly polls, Gadkari is certain that the National Democratic Alliance is unlikely to have the numbers that are required to form the government at the Centre. Its dependence on allies would, Gadkari believes, brighten his chances of grabbing the prime minister’s chair. Thus, his indirect criticism of late. Some would say that he is making the right noises.

When Salman Khan turned yet another year older — he is now 53 — Iulia Vantur, who is ‘inseparable’ from the actor, gifted him a crucifix and a gold chain. Or so says the film industry grapevine. There is speculation that after Priyanka Chopra and Deepika Padukone, it could now be Salman’s turn to take the plunge into marriage and domesticity. Could it be that the actor, who has been ‘single’ for a while now, is finally experiencing pangs of loneliness? But if Salman does choose to get hitched, wouldn’t his legions of women fans feel the pinch of loneliness too?

AK Antony, the former Union minister, has something in common with — believe it or not — Arun Jaitley! Antony shares his birthday with the BJP leader. Apart from this, however, the two veterans are like chalk and cheese, and the difference was spotted on their joint birthday. Jaitley, characteristically, was greeted by one and all in Parliament as well as on social media. Antony’s birthday day celebrations were far more sedate. The Congress did make a point to get a cake along with the one that it had ordered to mark the party’s foundation day. But other political parties did not quite remember that it was Antony’s big day as well. There was one exception to this memory lapse — the Trinamul Congress. But that could be because Didi had tweeted her greetings to Antony earlier in the day. Can anyone in the TMC dare to forget what Didi remembers?

Meanwhile, the word is that Bhanwar Jitendra Singh, a rising star in the Congress under Rahul Gandhi, could pip his contenders to fill the post of an AICC gen-sec that fell vacant after Ashok Gehlot’s appointment as the CM in Rajasthan.

If Singh does manage to get the post, should it be read as a sign of a generational shift in the Grand Old Party? Or is Singh being appointed so that he can serve as Rahul’s eyes and ears?

Shashi Tharoor rarely finds himself on the receiving end when it comes to verbal duels. But the unthinkable did take place the other day. The word, marriage — ironically — came to haunt Tharoor. It all started when Tharoor described the now-fractured coalition between the BJP and the PDP in Kashmir as an ‘unnatural marriage’. It was then the turn of Rajnath Singh to join the debate. “I can’t say whether to call it a natural marriage or an unnatural marriage”, he said, adding that there is no guarantee that even a natural marriage would not suffer a breakdown. Tharoor tried to insert an element of seriousness by attempting to question the role of the governor. But just then, the Speaker, Sumitra Mahajan, asked, “Do you consider him [Tharoor] an expert on marriage?”. The House, expectedly, was in splits.

Till recently, in Uttar Pradesh, the BJP was not quite in the mood to see the funny side of things. There was some talk that its ties with its ally, Apna Dal, had come under strain. Anupriya Patel, the minister of state who had once outperformed the bhakts when it came to praising the PM, was ‘unhappy’ with the BJP.

The party chief, Ashish Patel, had said that Apna Dal may fight a few Lok Sabha seats on its own.

But then, a day can be a long time in politics. It seems that Apna Dal and the BJP have, in a matter of a few hours, rediscovered their love for each other. Ashish, brushing aside his earlier remark, has confirmed that as of now his party has no plans to ditch its ally. But what has brought the two together?