A retrograde paradigm shift in education 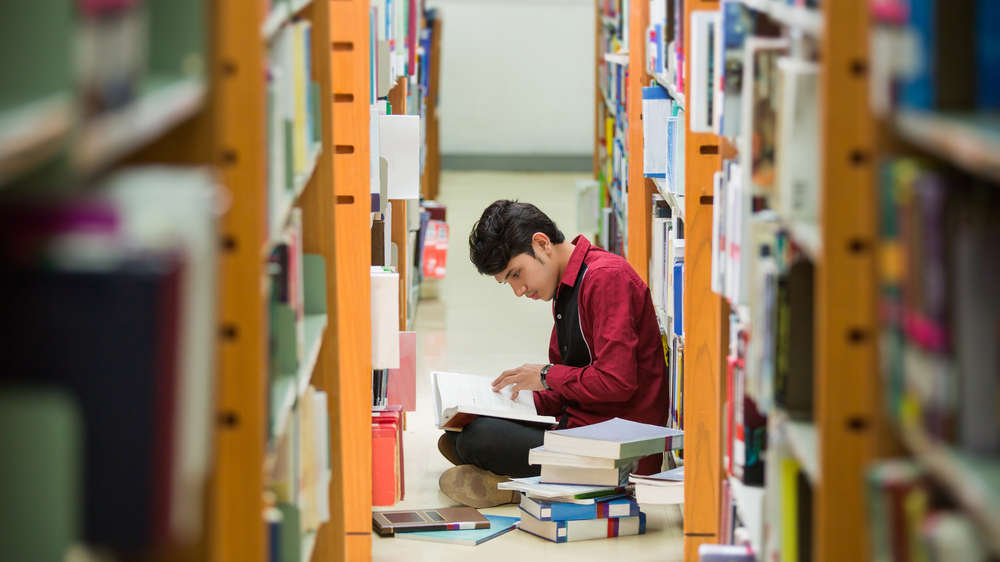 The NEP visualizes an education that is in perfect sync with the politics of the corporate-Hindutva alliance that currently rules India.
Shutterstock
Prabhat Patnaik   |   Published 09.09.20, 01:58 AM

Since the totality of speech consists of both what is said and what is not said, for understanding the new National Education Policy we have to look both at its words and its silences. Then we cannot escape the conclusion that the NEP involves a paradigm shift in India’s education system that is highly retrograde and deleterious. This shift is from a conception of education as a means of ‘nation-building’ (for want of a better term) to one that prepares students to become mere fodder for neoliberal capitalism, even while giving them a dash of Hindutva chauvinism. The NEP thus visualizes an education that is in perfect sync with the politics of the corporate-Hindutva alliance that currently rules India.

The existing education system no doubt is deeply flawed and can scarcely be credited with serving such a lofty goal as ‘nation-building’; nonetheless it has certain markers whose removal, suggested by the NEP, will be severely damaging for the nation. The first removal is of inclusiveness; the NEP, contrary to its claims, will make education confined, more so than before, to a socially and economically privileged elite. This is clear from the fact that nowhere in the document is there any mention of ‘reservations’ for Dalits, other backward classes and other deprived groups, even though the document devotes sizeable space to the need to draw what it calls “socio-economically disadvantaged groups” into the ambit of education. Its total silence on ‘reservations’ suggests its unwillingness to continue with them.

A further reason for believing the NEP to be exclusionary is that it envisages significant privatization of education, which will clearly make it more expensive, well beyond the pockets of the socially and economically deprived. The NEP talks of scholarships being given by private higher educational institutions; but such scholarships will raise their fees for non-scholarship-holders even further. This will destroy all collegiality among students, with rich students sneering at the poor ones (‘My father pays for your education’); the tendency among the latter will be to get demoralized and drop out. Education of the poor in private institutions has got to be tax-financed; the NEP does not recognize this.

In fact, such dropping out is implicitly acknowledged in the NEP. Its enthusiastic references to Open Distance Learning and to Vocational Education are a cover for such exclusion. With state examinations, now instituted even at Class III, V and VIII levels, it can be claimed that those who get bad grades and have to drop out will be ‘accommodated’ in these alternative streams. These streams, however, cannot substitute academic education. Vocational training should follow only after a certain minimum level of academic education; Open Distance Learning cannot replace formal education, since the latter involves social interaction, which is a crucial aspect of learning. Likewise, a person dropping out of college after one or two years is to be provided under the NEP with a consolation piece of paper called a “certificate” or a “diploma”; notwithstanding this piece of paper, he/she still remains a drop out.

Exclusion is thus a central feature of the NEP; those excluded can, at best, be vocationally trained in some ‘skills’ but they would not get an education. The vision is that a few, depending on the needs of neoliberal capitalism, will acquire an education that will enable them to fill executive and official positions; others excluded from such education will be given skills, and will join that vast and growing segment of the workforce among whom limited number of available jobs are rationed out with declining per capita earnings over time. The dualism characterizing the economy will now also characterize the education system, not just de facto but also de jure.

Those who receive education and are destined for proper jobs will have a curriculum that imitates those of metropolitan universities. The globalization of capital characteristic of neoliberal capitalism also creates a global labour market that requires, in turn, a homogeneous education across countries. This detaches education, say in India, completely from its Indian setting. A student of economics, for instance, simply cannot understand the Indian economy without reckoning with the legacy of colonialism; but a student in the metropolis, even a student of Development Economics, does not learn a thing about colonialism, has not heard of the ‘drain of surplus’ or ‘deindustrialization’. Having an imitative curriculum, which becomes necessary if foreign universities are invited to set up shop in India, as the NEP visualizes, will, therefore, make Indian students ignorant of their past and incapable of understanding their present. It is a panacea for uncritical, imitative and erroneous thinking that dooms the education system to mediocrity; ironically this imitativeness is introduced in the name of ‘excellence’ and for creating ‘world class’ institutions.

To camouflage this imitativeness, the NEP suggests imbuing students with what is essentially a Hindutva-type chauvinism. The curriculum is supposed to harp on the glories of ancient India and instil in students pride in being Indian. Indian society, alas, has also been marked by horrendous practices like untouchability, which nobody can be proud of. To overcome such practices, students must learn to abhor them. Instiling pride in them for being Indian amounts to shutting out this abhorrence, to ignoring or prettifying caste-oppression and other injustices. It is to make them conformists in a world marked by oppression and exploitation.

This accent on breeding conformism among students and teachers permeates the NEP. It suggests a “tenure-track” for teachers, which opens up the possibility of victimization through denial of tenure in case a teacher protests against government policies or university decisions. Boards of Governors in colleges are to be all-powerful vis-à-vis teachers and students. Departmental Headships and Deanships are no longer to be rotated among teachers, but to be entrusted to those with “leadership” qualities, which will mean a return to the old days of feudal subservience. Altogether, therefore, the democratization of universities that had occurred over the last several decades by creating an atmosphere of greater equality among faculty members is being rolled back under the NEP.

The intellectual passion among teachers and students that this democratization had generated in several institutions, including my own, which, in turn, had produced good quality teaching and research is now being lost. It had also given rise to a range of new subjects, straddling multiple disciplines, such as Dalit Studies, Gender Studies and Labour Studies. Admittedly, these subjects fragmented the study of the oppressed; but they did at least study the oppressed. The NEP, despite stressing multi-disciplinarity, does not mention any of these subjects, which reinforces one’s suspicion that it fosters conformism.

Education belongs to the Concurrent List of the Constitution; but the NEP has been formulated without consulting states, which represents a drive towards centralization. The proposed research-supervisory body, the National Research Foundation, is to be headed by the prime minister. The apex decision-making body on higher education, the Higher Education Commission of India, will be headed by the Central education minister. The syllabi will be Centrally prepared, with states adding only local flavour. The state-level secondary boards will be devalued, with undergraduate admission being determined by a Centrally-administered entrance test. This indubitable tendency towards centralization complements the anti-democratic thrust of the NEP.