The NLD now commands absolute majority in the bicameral national assembly, together known as the Pyidaungsu Hluttaw 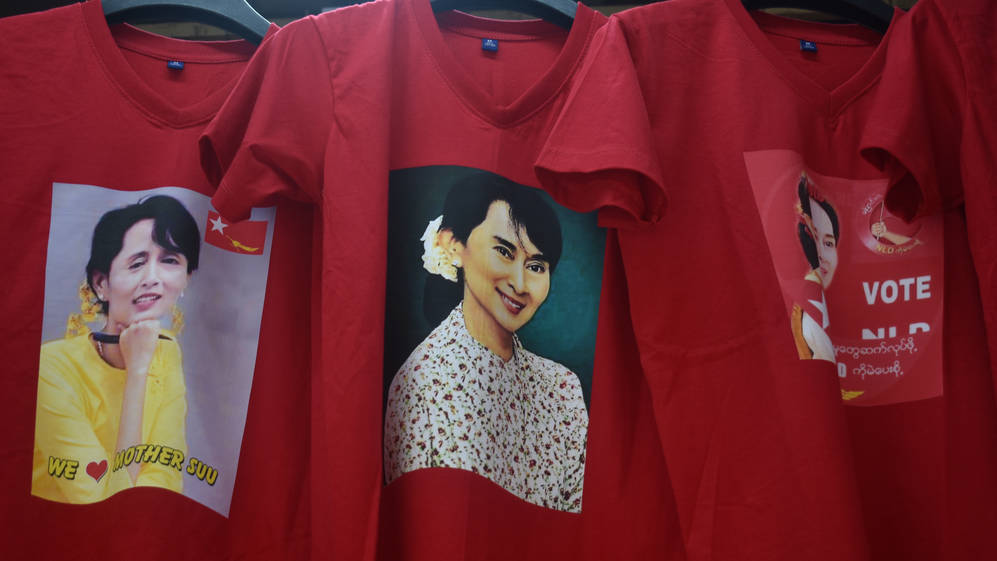 Beyond a point, nationalism does not have any use for any standard scale of universal moral rectitude. For those convinced that humanism informs all moral judgment of humans, the ways of nationalism can often be counter-intuitive. Nowhere was this starker than in the results of the November 8 elections to Myanmar’s bicameral national assemblies as well as its 14 state assemblies. The ruling National League for Democracy, led by the de facto head of government and the state chancellor, Aung San Suu Kyi — the Nobel peace laureate much vilified in the Western world now for her defence of the military action against Rohingyas — returned with a landslide larger than the historic victory in 2015.

The NLD now commands absolute majority in the bicameral national assembly, together known as the Pyidaungsu Hluttaw. The two Houses are the Pyithu Hluttaw (lower House) and the Amyotha Hluttaw (upper House). Then there are the 14 sub-national Hluttaws, corresponding to the country’s seven ethnic states and seven regions. By the 2008 Constitution, 25 per cent of seats in all the Hluttaws are reserved for the military. The NLD’s main opponent, the Union Solidarity and Development Party, together with its 23 allies in the 93-party fray, has been pushed further to the margins from the roughly 10 per cent representation won in 2015.

Few ever doubted that the NLD would be coming out on top. However, the cautious popular prepoll verdict was that the NLD would emerge as single largest party but would have to seek alliance partners to form the next government, and that the pound of flesh for such a compromise would be expensive. These predictions are now in history’s dustbin.

Obviously, nationalism cannot be read on a conventional moral scale, and is also generally a majoritarian enterprise. When Suu Kyi formally defended Myanmar military’s alleged genocidal campaign against the Rohingyas at the International Court of Justice in December 2019, she was treated as a pariah by much of the Western world but in her own country, especially amongst the majority Bamar population, under a sense of siege from international scrutiny, respect for her only deepened. The failure of most to see this is despite the emerging pattern of ultranationalism all over the world, including India. At all these places, conventional morality is being thrown to the wind not just by political parties but also by larger sections of their populations. Indeed, Myanmar’s Rohingya problem should remind India of its own painful tussle over the Citizenship (Amendment) Act.

The November 2020 elections also belied another expectation. The ethnic states were predicted to drift further away from the mainstream and ethnic political parties, it was believed, would consolidate as a block, or blocks, outside of the NLD to become kingmakers. Quite to the contrary, the NLD has made inroads into the states as well, and if the NLD wishes, it can foist its own governments given the fact that the 2008 Constitution leaves it to the national government, and not the winners of contests in the local arenas, to form state governments. Many think this victory by the first-past-the-post system may be deceptive, for though losing out on the number of seats, support bases of these bested ethnic parties can still be very large. Therefore, their alienation can still mean big trouble for the militancy-torn country. The challenge before Suu Kyi is to acknowledge this and go for what peace scholars like John Paul Lederach have called the “Moral Imagination”, which rests on the belief that a sincere handshake can often resolve conflicts better than legal treaties or victories. Despite its super majority, the hope among many then is that the NLD would still strive to partner with ethnic parties.

How did Myanmar come to be in this state of chaos? The jurist, A.G. Noorani, in his India-China Boundary Problem, may have provided an answer by differentiating between the nature of decolonization of India and Myanmar. In the case of India, it was a transfer of power, and India retained all existing institutions of governance to maintain continuity and then modify at will and leisure. In Myanmar, it was simply an end of the paramountcy of the British, leaving the country to begin institution-building from scratch, throwing it into turmoil. Shelby Tucker’s profile of this chaos in Burma: The Curse of Independence is convincing. Apart from radical ethnic unrests and a plummeting economy, the country was also being taken for granted by foreign powers. With CIA patronage, two army divisions of the Chinese nationalist, Koumintang, had even retreated into Myanmar in their fight against Mao’s communist regime. The apprehension of the nation falling apart was so intense that even the 1962 military coup was welcomed by the people, thinking it would be temporary. Power, however, works differently, and those who wield it have seldom relinquished it willingly, and Myanmar’s military regime lasted five decades. Myanmar’s struggle then is still about building trusted institutions of governance.

The author is editor, Imphal Review of Arts and Politics