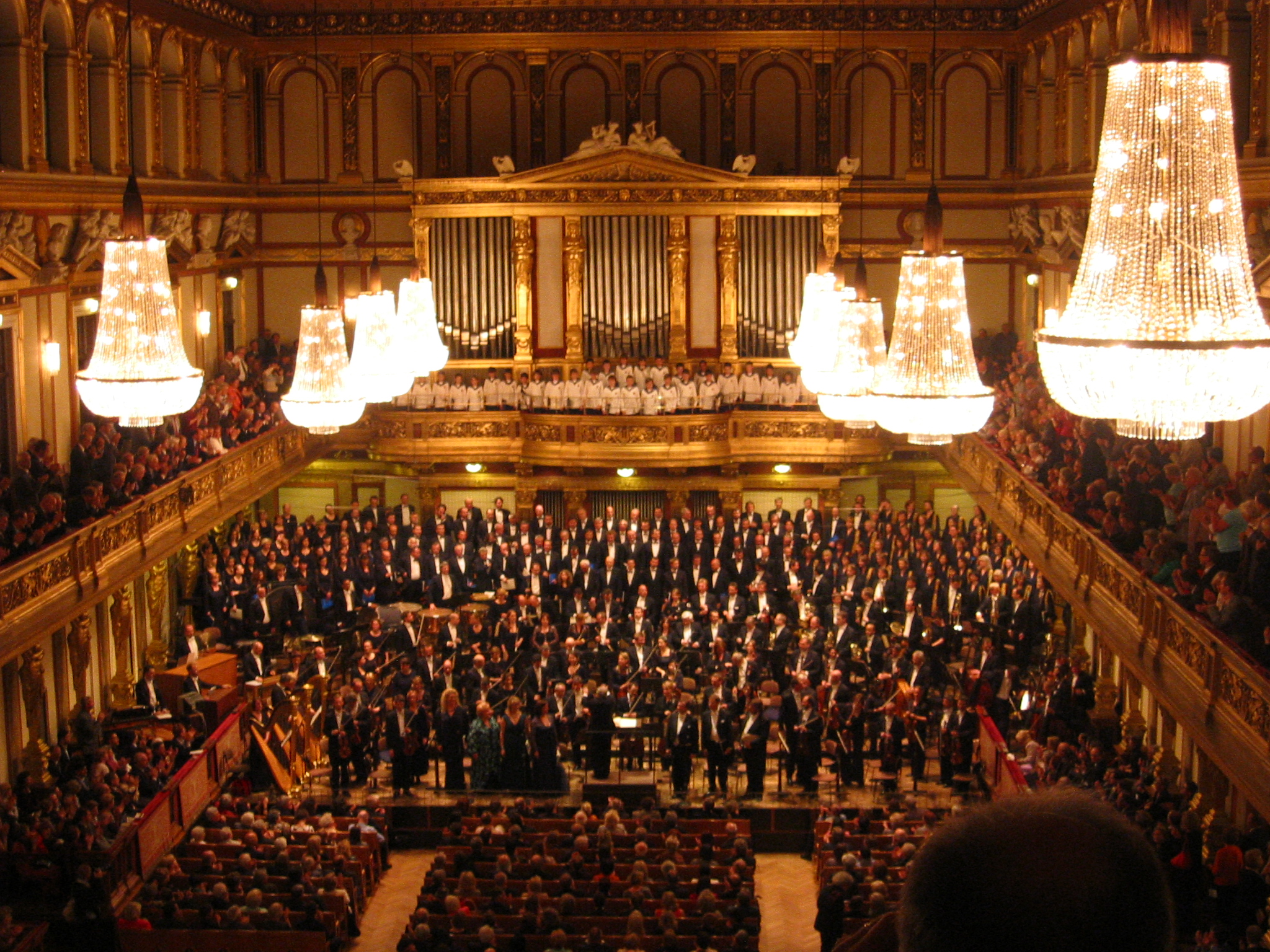 The Goldener Saal at the Musikverein in Vienna, a public concert hall, may have been a fortuitous architectural accident in the 1880s, but it is hard science in the 21st century
Li Sun / Wikimedia Commons
Nayantara Mazumder   |     |   Published 30.10.18, 02:58 AM

The Konzerthaus in Berlin, the Symphony Hall in Boston, the Concertgebouw in Amsterdam and the Goldener Saal (Golden Hall) of the Musikverein in Vienna have something in common — they are considered to be the finest concert halls in the world. This is, obviously, because of their highly-regarded acoustics; after all, what is a concert hall without stellar sound? There is, however, something to be said for these superior acoustics, given that none of these concert venues was built in the modern era.

The Musikverein, in fact, opened in 1870. This is the interesting thing about acoustics: even though years of scientific and mathematical research are put into figuring out how to create a space in which the sound is best suited for live classical performances, it is impossible to really tell beforehand how good — or bad — the sound in a new concert hall will actually be. So how does the Musikverein’s Golden Hall — whose architect, Theophil Hansen, was not really a scientist, and whose best-known resident is the Vienna Philharmonic — sound better than most modern concert spaces? A little bit of the answer presented itself when I visited Vienna last month and listened to a stupendous performance by the Wiener Mozart Orchester in the Goldener Saal: for the warm, clear sound of the hall, set aside arcane mathematics and look to its 50 full-sized neoclassical figurines of women covered in gold leaf.

This might seem like a joke, but it is not. One of the first things to strike a new visitor to the Goldener Saal is the intimacy of the space. Its seating capacity is sparse by modern standards — only 1,744 seats and place for about 300 to stand. Audience members, once seated, are packed like sardines. This is a public concert hall, but bears the air of a cosy royal music room. True to its name, gold encases everything: the allegorical paintings on the ceiling, the walls, the balconies, the stained glass windows and the gilded sculptures. (The latter have, since the 19th century, borne witness to Gustav Mahler as conductor, the world premieres of Tchaikovsky’s violin concerto, Brahms’s second and third symphonies and Bruckner’s Eighth as well as the performances of many great musicians and conductors since.)

This ostentation might seem merely incidental to the actual, musical purpose of the Goldener Saal. That is, however, not the case. Physicists and sound experts have confirmed that this surplus of architectural detail contributes greatly to the unparalleled acoustics of the hall. Its rectangular shape makes the sound clear and immediate and, on account of the packed audience, there is no extra padding to diffuse it. But the high ceiling ensures a reverberation of a few seconds, and there are so many angles and irregular surfaces for the sound to ricochet off — the slant of a gilded neck, the bend of a golden elbow — that it becomes richer and warmer. The Goldener Saal becomes an instrument in its own music-making. Thus, a fortuitous architectural accident in the 1800s is hard science in the 21st century. Hansen did not have modern scientific data to work with. Yet, with his love of ostentation and the help of his opulent statues, he managed to create a shoebox concert space that the renowned conductor, Bruno Walter, called “the finest hall in the world”.

Newer concert halls — such as the Sydney Opera House — are known for their no-frills, modernist designs and patterns, carefully created with an aim to diffuse sound. This highlights the main focus of modern venues: nothing should take the audience’s attention away from the musicians and the music. The Goldener Saal’s interiors, however, are very much a part of the show: the lights are kept on throughout, and the audience can see everything, from the performers to the neoclassical figurines to the eight chandeliers hanging from the ceiling. Does this help intensify the enjoyment of listening to Mozart (and a bit of Strauss)? It certainly does.