Unless the judiciary maintains its image of neutrality, the people will lose their confidence in the institution 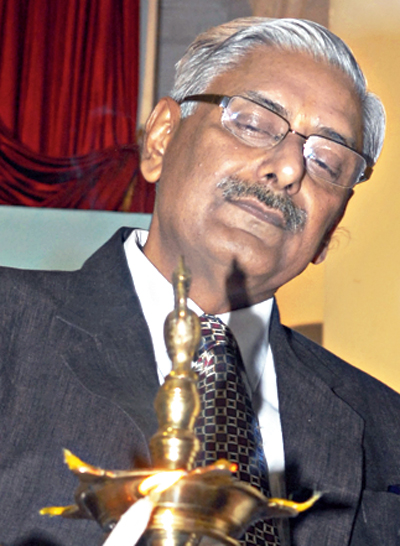 Sir — It is unusual for a judge of the Supreme Court to laud a political leader, as Arun Mishra did when he called the prime minister, Narendra Modi, an “internationally acclaimed visionary” at an international conference organized by the institution (“PM versatile genius, says judge”, Feb 23). Although it must be acknowledged that everyone has the right to express their opinion, one must question this comment in the light of the widespread protests on the streets against the Citizenship (Amendment) Act which was passed by the Modi-led government. It should also be remembered that the Supreme Court is in the process of hearing petitions related to the CAA.

At a time when sections of the population are disheartened owing to judgments like that on the land dispute in Ayodhya and the recurring delays in the execution of the convicts of the 2012 Delhi gang rape case, such comments by a judge of the apex court could have been avoided. Unless the judiciary maintains its image of neutrality, the people will lose their confidence in the institution.

Sir — The recent comments by a sitting judge of the apex court, Arun Mishra, praising the prime minister of India at an international judicial conference in New Delhi has raised many questions. Mishra’s characterization of Narendra Modi was that the latter is a “versatile genius, who thinks globally and acts locally”.

It is not common for a member of the judiciary to openly compliment a political leader. The moot question remains whether it is appropriate for a judge to laud a political leader and his capabilities, no matter how popular he is. This act has unfortunately left Mishra open to criticism.

This incident puts the judiciary in an uncomfortable spot, as it has forced people to wonder if the institution is as independent as it is presumed to be. Mishra’s praise does not alter the fact that Modi is a polarizing figure with a chequered past. He is also widely viewed to be in favour of promoting the interests of the the privileged upper castes and corporate behemoths.

Schoolchildren are often provided with the example of Leonardo da Vinci, with his plethora of talents and contributions to varied forms of art, as the quintessential example of a ‘versatile genius’. Unfortunately, the prime minister does not hold that place in our imagination.

Sir — Many believe that the judiciary is the strongest pillar of a democracy. It is thus expected that the minders of the institution would refrain from giving any public statements praising or criticizing a politician as was recently done by the Supreme Court judge, Arun Mishra. It sends out the wrong signal to the ordinary people of the country.

Sir — Arun Mishra’s praise of the prime minister, Narendra Modi, must not be misconstrued. The courts have, time and again, upheld the people’s right to the freedom of speech and have come down heavily on governments for failing to protect this right. It is, thus, also important to praise the government for undertaking positive measures. Should judges be under any obligation to keep their personal admiration for political leaders to themselves?

Sir — Many people think that the 19-year-old Naomi Seibt, who styles herself as a “climate realist”, is the right-wing’s answer to Greta Thunberg. Seibt believes that the gravity of climate change has been exaggerated by climate activists and is thus trying to communicate ‘climate realism’ to her generation. Sceptics seem to be stepping up their efforts at a time when the devastation wrought by global warming is as clear as day. Whether Seibt succeeds in gathering support remains to be seen, but climate change denial and the resultant delay in taking measures to combat it will only cause irreparable damage.

Sir — The ambitious sanitation initiative of the Kerala government — it plans to set up 12,000 pairs of public toilets across the state and national highways —must be lauded. The state dispensation has taken the decision to instruct local self-governance bodies to identify three cents of land each in their respective areas alongside the state and national highways for the construction of the toilets. The government further stated that those agencies willing to cooperate with the project will be made partners.

People — especially women and children — often find it very difficult to locate toilets while travelling by road and face immense hardship. Even if they do find toilets, they are usually unclean. The other option is to visit roadside eateries and spend money on food simply to be able to use the toilets at these establishments. As such, this initiative will come as a boon to all travellers. Officials are also considering setting up small shops and snack parlours in the vicinity which in turn could generate employment. It is now up to the public to use and maintain these toilets properly. It would be advisable for other states to follow this example.

Sir — It was good to hear that the Kerala government has taken up the initiative to build around 12,000 pairs of public toilets along the national and state highways. This measure, if implemented properly, will come as a relief to travellers. Public toilets are not only rare but also highly unhygienic. If people use them, they run the risk of infection; if they do not, they risk discomfort and other health hazards. The Kerala dispensation’s decision is a praiseworthy one; it is hoped that the West Bengal government follows suit.