Howsoever politically incorrect it may sound, onus is entirley on Opposition to ferret out information from govt 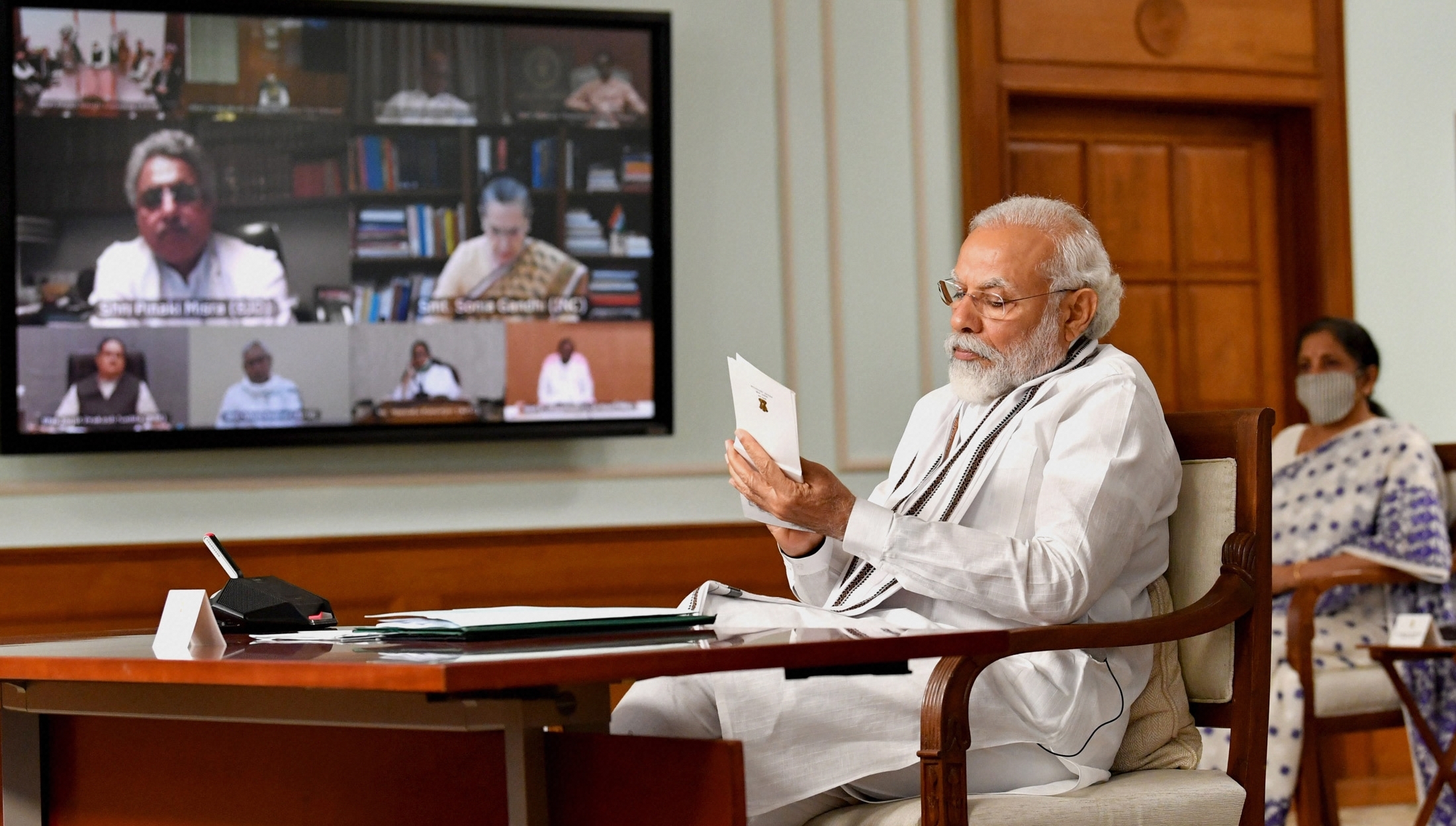 Some years ago, the Indian Embassy in Beijing was convulsed by a spy scandal which spread across critical departments of the mission: the intelligence set up at the centre of which was the station chief of the Research and Analysis Wing (R&AW), India’s external spy agency, the political section which is the nerve centre of China analysis by diplomats, private secretaries whose nimble fingers handle all classified papers in our babu culture where it is infra dig for officers to file sensitive papers away themselves unlike in missions of many other countries.

The scandal nearly destroyed promising careers. Turf battles broke out in the most secretive corridors of power in New Delhi where some agencies involved closed ranks to protect their own in Beijing while fratricidal fights erupted in others where the instincts for collective survival are not strong. Honey traps, wads of greenbacks, backstabbing: the episode had all the ingredients that made for several days, if not weeks, of screaming, sensational tabloid headlines. But the government managed to keep the lurid story out of the media when it was happening. Months later, there were passing references to the subject when the whole matter had died down and it was no longer a story.

Jaswant Singh, who was then Leader of the Opposition in the Rajya Sabha, came to know about the scandal. As a former External Affairs and Defence Minister, as someone who cares deeply about the nation’s security, he was naturally disturbed by what he heard and decided to ask a Parliament question in about what was happening in one of India’s most important diplomatic outposts. Anand Sharma, who was then Minister of State for External Affairs, skillfully dismissed Singh’s question in less than a minute. End of matter.

The minister could dismiss the Leader of the Opposition’s Parliament question with a snap of his fingers, as it were, because Singh had framed his question wrongly. In the text of his question, he incorrectly put down the designations of officers in Beijing, who were involved in the episode. Sharma replied in the Rajya Sabha that there were no such officers at the Indian Embassy in Beijing. He was technically correct. Indeed, there was no one at the mission with the designations that Singh was referring to. The Congress-led government skillfully prevented the matter from going forward in Parliament.

Prime Minister Narendra Modi’s closing statement to the all-party meeting last week, which was later telecast to the nation and has created a furore in sections of the opposition as an afterthought, could be explained away by comparing it to that Jaswant Singh-Anand Sharma exchange in the Rajya Sabha. On politically volatile occasions like Modi’s statement on Ladakh or the spy scandal at the Beijing Mission, it is only natural – and expedient – that the government will limit the answers it gives to the opposition depending on the questions that are asked.

At the best of times, it is inherent in the political and bureaucratic culture in India that the opposition – irrespective of which party is in power – has no right to know any more than what it is being told on all sensitive matters. Therefore, howsoever politically incorrect it may sound, the onus is entirely on the opposition to ferret out from the government on what it wants to know about the current China imbroglio.

Every government – all over the world – tends to be thrifty with sensitive information, especially information which has the potential to cause unpredictable or uneasy political consequences. In India, indefatigable seekers of truth about matters of state in the past like Feroze Gandhi and Hiren Mukherjee could get the government to say more because they found out the truth first before asking questions of the prime ministers of their time. Sadly today’s opposition leaders are of a very different timbre. Therein lies a problem.

Modi’s telecast on China, which was anxiously anticipated by several lakhs of Indians – and clinically followed abroad – was rightly lacking in belligerence. By not offering any fodder for warmongers who are aplenty these days among the ill-informed, he has considerably helped in calming the atmosphere on the ground.

In doing so, he may be signalling a desire to settle with China and resolve the border dispute permanently in his current term in office. A settlement is not possible by beating the war drums or by espousing positions that are not sustainable on the ground. The continuing asymmetry in India’s military strength vis-à-vis China which has existed since the 1950s and the economic imbalance which is a later day reality, can only be compensated by being realistic about a border settlement. That appears to be what Modi signalled last weekend.

Since the public at large do not follow Chinese statements and officially-sanctioned commentaries, much less put it under the microscope, it is pertinent to recall one or two of them to show that notwithstanding the charged environment in Sino-Indian relations, there is identity of views on both sides in favour of a settlement.

A Chinese statement which coincided with what Modi said: “China hopes that India will work with us, follow faithfully the important consensus reached between the two leaders, abide by the agreements reach between the two governments, and strengthen communication and coordination on properly managing the current situation through diplomatic and military channels, and jointly uphold peace and stability in the border areas.”

On the telephone talks earlier, between External Affairs Minister S. Jaishankar and China’s State Councillor and Foreign Minister Wang Yi, during the stand-off along the Line of Actual Control, a Chinese statement said: “The two sides agreed to handle in a just manner the serious situation caused by the Galwan Valley clash, observe the agreement reached during the commander-level meeting, cool down the situation on the ground as soon as possible, and uphold peace and tranquility of the border areas in accordance with bilateral agreements reached so far.”

These words do not constitute a call for confrontation. Nor were Modi’s when he spoke at the all-party meeting. Prime Ministers before Modi have tried to usher in peace in

India’s neighbourhood so that the economy and the welfare of the people can be priorities.

Just as at the all-party meeting last week, going by all accounts, obstructions to such peace efforts have almost always come from the Congress Party. Even when the party’s own prime ministers have been the harbingers of peace-making with neighbouring countries. The fiercest opposition to Manmohan Singh’s Sharm-el-Sheikh initiative was within the Congress Party. In fact, such was the opposition behind the closed doors of the party that Manmohan Singh never really recovered in diplomatic terms from that onslaught.

When Rajiv Gandhi decided in 1988 that he would go to China on what turned out to be a truly historic visit, opposition to that visit was intense within the Congress Party. One important official in Prime Minister Rajiv Gandhi’s Office once told this writer how senior Congress leaders tried to emotionally blackmail Rajiv – who had tragically lost his mother then – that he would have his grandfather’s blood on his hands if he went to Beijing and shook hands with the Communist leaders there. It was a reference to the popular belief that Jawaharlal Nehru died of heartbreak from the fallout of the 1962 war between India and China.

This official’s comment to Rajiv during a critical meeting on whether the China visit should go ahead is as instructive today for Modi as it was then for Rajiv. “There is an American lobby in India,” the official told Rajiv, who was puzzled that no one was lobbying in favour of his visit. “There is a Russian lobby, there is a British lobby…everyone has a lobby in Delhi. Where is the Indian lobby?”

If, indeed, Modi can resolve the border dispute with China in his current term as Prime Minister, while he still has an abundance of political capital, it will be a rare victory for the Indian lobby in securing this country’s future.