Modi: myth and the man

China gamble won’t alienate followers... their trust in him is not based on evidence but faith 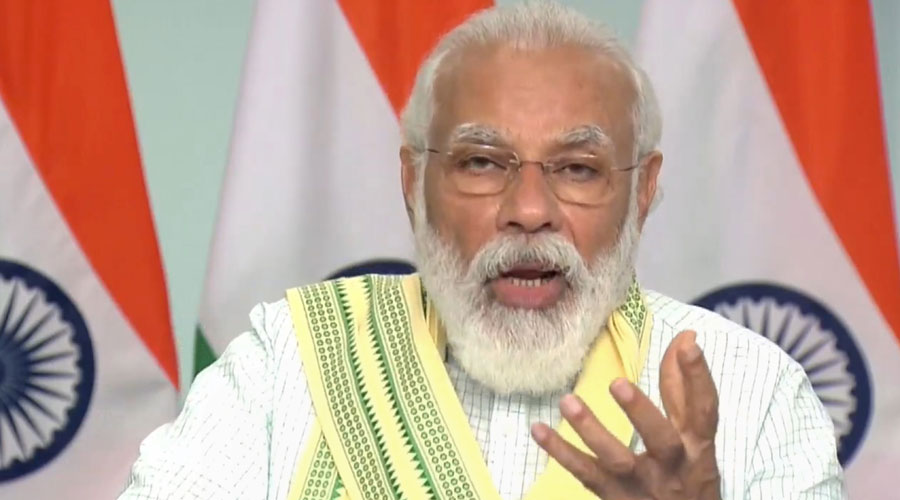 Narendra Modi reacted to the killing of 20 Indian army personnel by China’s People’s Liberation Army by reassuring the country that “Nobody has intruded into our border... nor have our posts been captured.” The posturing around ‘no Chinese incursion’ continues till date. But many commentators suggest that the de facto shift in the region — with the Galwan Valley now under effective control of China — implies that India is giving up its claim on this crucial territory and that this will be the end of Modi’s credentials as a ‘strong leader’.

We, however, argue that far from weakening Modi’s ‘strongman’, ‘nationalist’ credentials, the recent developments are consistent with Modi’s political strategy and are likely to bolster his success.

Why do we think that Modi’s China gamble will pay off?

First, Modi’s stance towards China is tied to recent developments in the Kashmir Valley, especially the August 2019 altering of its constitutional status and territorial reorganization. Averting a face-off with China allows him to continue consolidating the Hindutva political project in Kashmir while attempting to neutralize Pakistan’s reliance on China as a strategic ally. For Modi’s political project, Indian public opinion on Pakistan and the intense militarization in Kashmir must be sustained. Other realities can be played around these steps.

Second, Modi has gone out of the way to buttress friendly relations with Xi Jinping. He knows that standing up to China will be costly; so he invests in representing losses as victories. Challenging China’s expanded claims in Ladakh effectively runs the risk of exposing a Modi-fied India, which can bully its own religious minorities, further suppress Kashmiris, and shun Muslim-majority Pakistan. It is better for Modi to let his secular or liberal opponents be painted as ‘warmongers’ when they insist on stronger action against China. The next general elections are far away, and much water would have flowed under the bridge by then for this issue to remain relevant.

Three, the China gamble won’t alienate Modi’s followers because their trust in him is not based on evidence but faith. As far as his followers are concerned, Modi is India; he is aware that he can sell any policy, however toxic, to them. Modi’s nationalism is about strengthening himself instead of strengthening India.

The success of Modi’s leadership is based on a mythmaking that portrays him as a strong and effective leader. Given the electoral successes in spite of poor economic performance complemented by a courtier culture among the military top brass and the media to convince a significant number of Indians that what the prime minister says has, indeed, happened, Modi’s success is not hostage to empirical realities. It resembles a parasitic dependence on his own myth. To prevent the soldiers’ deaths from puncturing that myth, the Modi machinery has gone into overdrive with the help of the media as well as social media to distract public attention by talking of digital strike, the banning of apps, boycotting Chinese goods, thereby reinforcing the idea that any criticism of the Modi government is a criticism of soldiers even though it is precisely the ineffective policies of the government that had endangered the lives of the jawans.

Even if the Sino-India relations sour further, Modi would portray it as a sacrifice. Modi’s focus is not China; his agenda is to alter India’s secular character and remain in power unchallenged. Obfuscation, confusion and distractions are integral to this strategy. His acquiescence to an assertive China when it comes to the boundary dispute would be swamped by the Modi machinery that will carry on building a new nationalism focusing on the suppression of minorities, silencing dissenters and demonizing Pakistan.