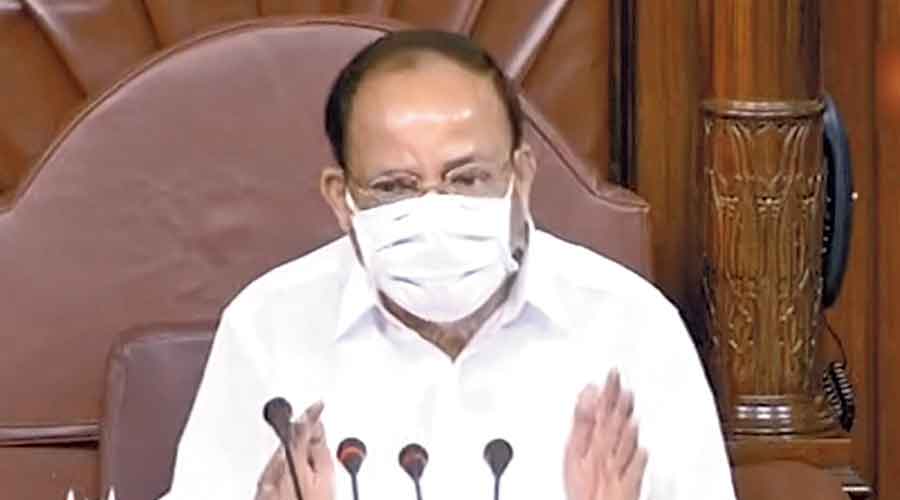 While speaking on the theme of the ‘harmonious coordination’ among the judiciary, executive and legislature at a recent conference, the vice-president, M. Venkaiah Naidu, seemed to suggest instances of distinct disharmony among these three critical pillars of the State. Mr Naidu also referred to incidents of the executive exceeding its brief, with ominous implications for personal liberty. The legislature, he added, is not immune to this excess, citing a constitutional amendment that had put the elections of the prime minister, president and vice-president beyond the scope of judicial reach. Significantly, the vice-president’s citations of what, in his opinion, are testimonies of judicial overreach were the most concrete — and controversial. Among the examples cited by the vice-president to support his proposition were court orders on such issues as the banning of crackers on Diwali, the ban on old polluting vehicles, judicial monitoring of police inquiries and, tellingly, the judiciary’s denial of a role to the executive in the appointment of judges.

There can be no doubt about the importance of the constitutional imperative to maintain a fine balance among the three arms of the State. Protecting the integrity of the realm of each institution is fundamental to the seamless functioning of a democracy. But there is ample scope of debate when it comes to understanding what exactly constitutes an act of judicial overreach. In nearly every instance that was cited by the vice-president, it was the judiciary — and not an indifferent executive — that had responded to the need to uphold public welfare. The court would not have had to intervene if, to cite one example, the powers that be had not turned investigating agencies into ‘caged parrots’ that dance to the tune set by their political masters instead of conducting probes impartially. The direction of investigation into the Delhi riots is a case in point. The burden of pollution in India — something that the court has attempted to lighten repeatedly — can also be attributed to the laxity of the executive. Given the fact that decisive electoral mandates for the Bharatiya Janata Party have coincided with increasing erosion of constitutional values, unprecedented threats to liberty of dissidents as well as undeniable pressures on institutions, the court remains the final bastion of redressal. It is enlightened judicial intervention — not overreach — that can yet save the day for democratic India. Mr Naidu must rest assured that India’s judiciary knows how to go about its job without being an encroacher.