MGNREGA : A case for rural regeneration 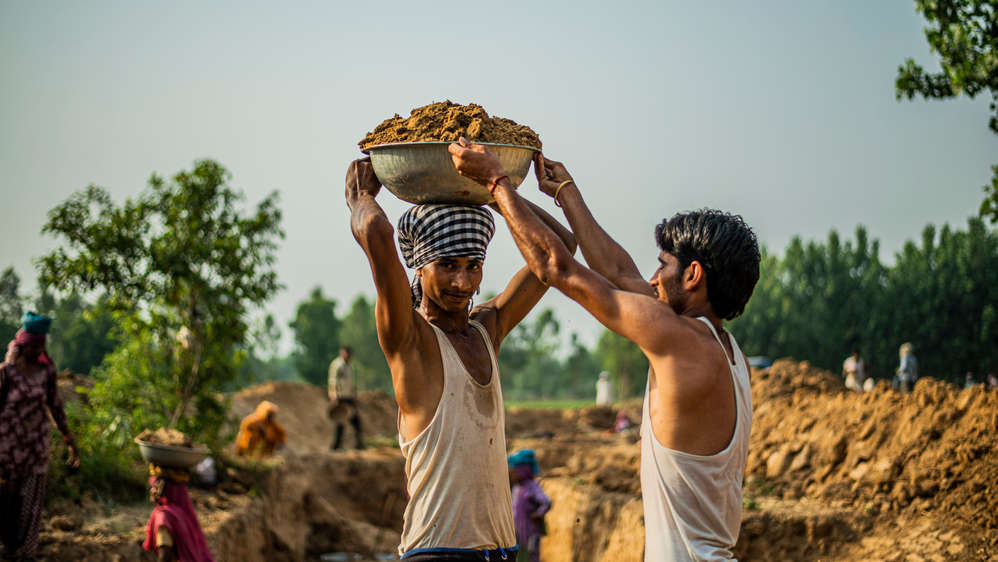 The Centre and the states must prioritize the issues of employment and livelihoods of the poorest and allocate more resources to help the vulnerable at this hour of crisis.
Shutterstock
Debmalya Nandy   |   Published 09.09.20, 02:14 AM

Narendra Modi’s cocky statement in Parliament in 2015 about the Mahatma Gandhi National Rural Employment Guarantee Act being a monumental failure of the Congress regime may have been a political jibe, but it showed that the government had no intention of boosting a programme which, since its inception, has suffered from the lack of political intent, leakages and bureaucratic negligence. Over-the-top technological interventions have pushed the MGNREGA towards centralization, with transparency and local accountabilities being compromised.

However, the economic distress caused by unilaterally imposed lockdowns has brought the focus back on the rural job programme. The MGNREGA has become a lifeline for millions of rural workers in their struggle for survival. The Periodic Labour Force Survey had shown in 2017-18 that the unemployment rate stood at 6.1 per cent, the highest in the last 45 years. Independent research suggests that 6 out of 10 workers in rural areas and 8 out of 10 employees in urban areas in the informal sector have lost employment during the lockdown. A large number of people remain excluded from the public distribution system. These figures call for reformatory action.

The measures announced by the Centre are inadequate to address the issues of food and nutrition insecurity, unemployment and livelihoods. Moreover, a major share of the first economic relief package worth Rs 1.7 lakh crore had already been accounted for in the budget. The second package of Rs 20 lakh crore, too, had little by way of fresh allocations.

The People’s Action for Employment Guarantee, a group of individuals working on the MGNREGA, recently released an MGNREGA tracker, which cites data from the government’s website. Some of the figures are as follows: 48 per cent of the total allocation has been spent till August 3, 2020, with about 7.5 months left in the financial year; till August 3, 43 per cent of payments for July had not been released by the Centre; less than 12 per cent of the funds released are left with state governments; 38 lakh new job cards were made since April, 2020; 11 per cent more persondays of employment was generated in the first quarter of this financial year compared to the projected labour budget in this period; about 17 per cent of work demands remained unmet. The website further shows that more than 4.5 lakh households have already exhausted 100 days of employment and more than 38 lakh households have worked between 71-99 days and are on the verge of exhausting their entitlements. A closer look at the work demand pattern during the financial year reveals that on an average the work demand was about 60 per cent higher than that of last year during the months of May, June and July. Persondays generation till July is 49 per cent higher than that of last year.

Even in ordinary times, the bureaucracy finds it difficult to manage execution. Consequently, large-scale work demands do not even get registered on the Management Information System, neither do workers get receipts against their demands. All this implies that the actual demand for MGNREGA work is much higher than what the figures show on the official database. Even if a sizeable number of migrants who have returned to their villages decide, once again, to go back to the cities in search of ‘skilled’ work, the reliance on the MGNREGA for rural employment generation would remain considerable. The Centre needs to allocate one lakh crore more to provide at least 60 days of employment to 14 crore job-card-holding households at the current per person per day average cost of Rs 240.

The MGNREGA has three immediate needs — declaring the pandemic to be a national disaster, the Centre should increase workdays to 150 in the entire country; another supplementary allocation of at least one lakh crore should be budgeted given the spike in demand; social audits will be necessary in all states to plug leakages. The Centre may consider constituting a Central cell for the monitoring of social audits.

The Centre and the states must prioritize the issues of employment and livelihoods of the poorest and allocate more resources to help the vulnerable at this hour of crisis. The ruling party in Delhi may have understood the importance of the MGNREGA. It must now understand that the programme needs additional funds.