In the contemporary world, our language has become charged with violence, contempt, disgust and rejection 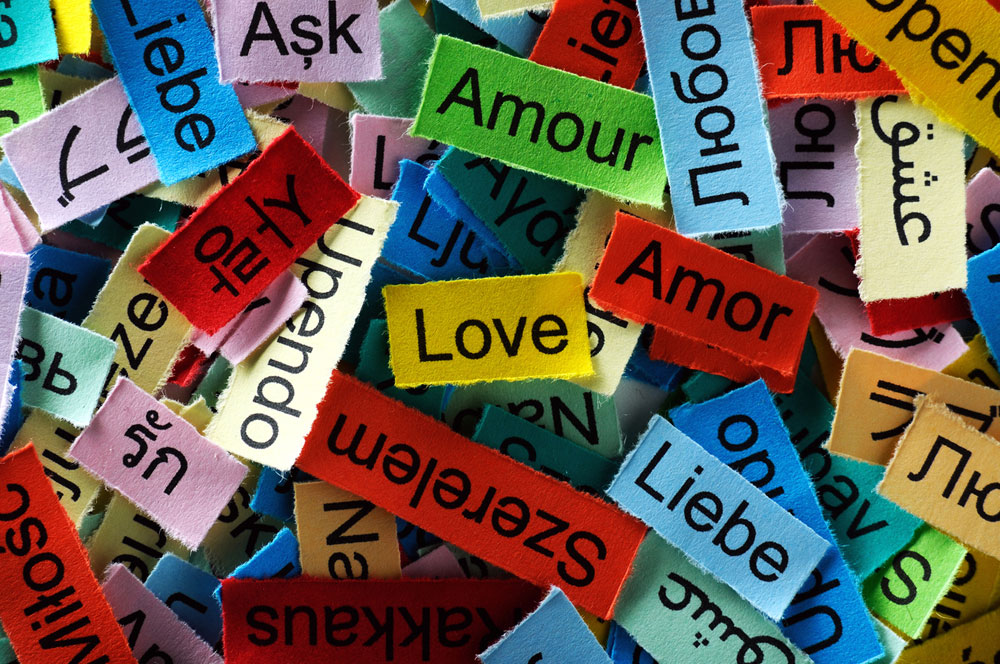 The shrill TV prime-time discussions will, hopefully, be a little less acrimonious after the election is over. That will be the moment for all of us to invest in the great diversity of love words
(iStock)
G.N. Devy   |   Published 03.05.19, 03:39 AM

When you meet with an accident, you rush to the nearest hospital. If a deadly epidemic hits a city, there is a beeline seeking the most effective remedy. What can be done when language meets with an accident or gets afflicted with an epidemic? Of course, language disorders are not easy to detect in their early stages. Their prevalence becomes clear only when the disorder is at an irreversibly advanced stage. Neurosciences have figured out so far some cures for language disorders suffered by individual speakers. But neurosciences would not be effective when some peculiar disability is seen affecting an entire language community, not as a disability for its individual members but one that affects the very fabric of the language-system.

Gabriel García Márquez narrates an episode in his celebrated One Hundred Years of Solitude in which remembering words becomes difficult and everyone starts writing names of objects in order to recognize those objects. That is in fiction; but can this happen in real life? Until recently, I would have answered this question in the negative. No more so. Not after I have experienced a tsunami of words filled with hatred and anger being thrown in every direction by practically everybody. The election-season political discourse is the more obvious illustration. The road-rage and the aggressive glances of car drivers in cities are its everyday statement. The intense dislike that school kids have for what the old-fashioned folks used to call their alma mater is its early-stage manifestation.

Whether we like it or not, in the contemporary world, our language has become charged with violence, contempt, disgust and rejection. At the drop of a hat, one is seen using an expletive like ‘I hate it.’ I have grown up thinking that ‘hate’ is a strong word. Not being able to take the language of disaffection any more, I decided for myself to explore if the words for peace and love have altogether disappeared from human languages. To begin with, I asked friends from many languages to let me know if in their languages such words are still in use. Their response was overwhelming. I received words from over a hundred languages with an amazing diversity and range of terms indicative of ‘affection.’ Since our country is still in the middle of elections, my mentioning some of those words here may show that the attack of hatred that our languages are suffering can be reversed if we so desire.

The English Romantic poet, P.B. Shelley, had said, “One word is too often profaned/ For me to profane it,/ One feeling too falsely disdain’d/ For thee [you] to disdain it;” yet, I wish to dare use the word, ‘love’, in many languages. I shall not begin with Sanskrit that gave us ‘prem’, ‘preet’, ‘anurag’ ‘sneh’ and several dozen other such words. Those who supposedly advocate the revival of Sanskrit are, in politics, quite on the forefront of intolerance. I shall also not invoke Persian, the language that gave Indian languages words like ‘husn’, ‘pyar’ ‘wafah’, ‘dosti’, ‘mohabbat’, ‘lagan’ and ‘isque’ and to our literature a treasure trove of love poetry unparalleled in beauty and passion. Most Indians from the young generation have forgotten to think of anything Indian that is of Persian origin with any shade of affection.

I turn to some lesser-known languages. For ‘love’, relation, affection, the sTodpa language of Himachal Pradesh has che-pa, ya-sha, nying-ja, kha-rog, mngo-she, ya-to, rog-po, za-bo. The Spiti language, too, has a similar variety. Kinnauri has for it, ‘bennag’, Shumcho has ‘gorang’, Chinal has ‘dah’ and Bhoti has ‘chewa’. And if it is love bordering on kindness, Kinnauri uses ‘sal camli’, Shumcho employs ‘shaltma’, Bhoti ‘ningze’ and Chinal ‘dailla’. That these warm words are in active use among the tribal communities living in the colder climate of the Himalayas close to our national borders and constantly assailed by the anxiety of armed conflicts should be an eye-opener for us.

When we turn to the language of the Mawachis in western India, people whose land titles are now seriously threatened by the Supreme Court directive on the Forest Rights Act, we find that for ‘love/affection/devotion’ alone, their language has eetvuno, dayaa, khoob eetvehe, dekhaavdo, haaron, prem, bhakti, vaallo, aareeyo, aaree, rong, kadar, haklaavanu, laag, vaallo koanun and aayahee maya. For friendship, the Mawachi has aareeyo, baahaa, hengaateeyo, jodi, dostaar, govaalo, haaro eetavunaaro. I shall not get into the words for ‘peace’ and harmony’ that this language has. If one were to compile a collection of words for ‘love’ and ‘peace’ in the 1,380 odd ‘mother tongues’ listed in the 2011 census, we may get to a good ten thousand terms with which Indian people designate relation. These words are conserved, nurtured and used by communities that face multiple marginalization, compounding economic, political and social status marginalization.

Spread over a vast territory of several million square kilometres of landmass, these are the languages in which the communities of their speakers take birth, grow and perish. These are languages which connect the consciousness of people with the rest of the universe — natural, human and cosmic. In times that have made hatred the norm, violence the paradigm and nontolerance the second name for development, these languages bring a reminder that the love word still exists, that we can, if we make an effort, still use it. Of course, it is not as if these communities do not have place for hatred and anger, not as if they are not caught in some of the most fraught conflicts. However, despite those conflicts, they have managed to preserve in their languages an ‘idea of the human’. It is this idea that characterized the soul searching verses of Akkama, Chaitanya, Meera, Kabir and Tukaram.

It was this ‘idea of the human’ that inspired the work of Tagore and Gandhi. The gentlemen of the public forum seem to have lost touch with it. The saffron clad ‘yogi’ pitting ‘Ali’ against ‘Bajarangbali’ and the epitome of sartorial diversity telling drought-hit farmers that ‘our nukes are not only for Diwali’ no doubt have moved far, far away from the ‘idea of the human’. That they or some others like them will represent 1.3 billion Indians is an irony in no small measure for they clearly have lost sight of the ten thousand or more terms used in hundreds of our languages for relation, affection, love and friendship. Looking at this situation through the prism of a greater realism, it is not unnatural that when an individual is defined as an all consuming animal lost in the forest of unfettered greed, love and relation should evaporate like myths heard during one’s early years of innocence.

In a few weeks, the election season will be behind us. The shrill TV prime-time discussions will, hopefully, be a little less acrimonious. That will be the moment for all of us to invest in India’s great diversity of love words. The long years of a regime fuelling hatred, intimidation, contempt and anger require that India returns to ‘the idea of being human’ that even the most marginalized community continues to value despite false glorification of the machismo and the hate-mongering let loose on them. India deserves to continue to breathe as its natural self.