Advertisement
Home / Opinion / Letters to the Editor: Will Prosenjit speak up for our hungry millions?

Letters to the Editor: Will Prosenjit speak up for our hungry millions?

Readers write in from Delhi, Chennai, Hooghly and Calcutta 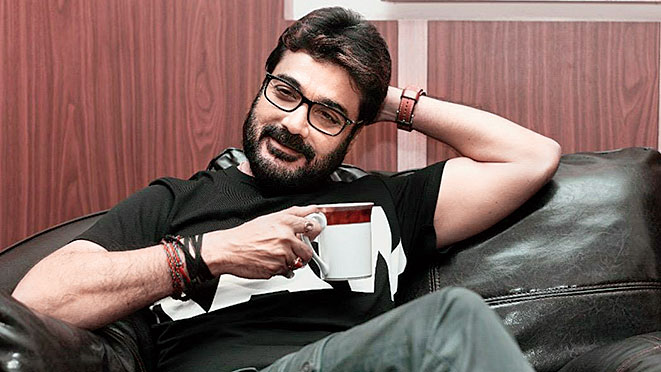 Sir — A French queen, out of touch with ground reality, had asked citizens to eat cake if they did not have bread, only to meet a sticky end. The Bengali actor, Prosenjit Chatterjee, has recently earned the wrath of people online after he complained to the prime minister of India, Narendra Modi, and the chief minister of Bengal, Mamata Banerjee, that a food delivery service had made a mistake with his order — the service did refund his money. One understands that a hungry mind is not expected to think logically, but perhaps now that Chatterjee knows what hunger feels like he will speak up for India’s hungry millions who do not have a voice of their own. After all, not everyone has the luxury of ‘hangry’ rants.

Sir — The fact that tribal children as young as 12 years old are being coerced into cotton farming in rural Tamil Nadu is heart-rending. This is an age when children should be in school, learning new things and aiming for a better future.

No amount of legislation seems to be able to solve the problem of child labour in India. Efforts must be made to raise awareness about this evil. It must also be ensured that the victims’ families do not feel abandoned; they should be encouraged to report the crime and treated with empathy.

Sir — It is shocking to learn that tribal children are trafficked to pollinate Tamil Nadu cotton farms, where they are reportedly forced to work from dawn to dusk, that too for a pittance. Ironically, the local police, who are expected to provide relief, have been known to accuse the parents of the victims of poor upbringing of their children when they go to report the crime.

Child labour is a punishable offence. One hopes that steps are taken not only to arrest the criminals but also against the errant officials.

Sir — It is shameful that the prime minister, Narendra Modi, appreciated the pomp with which Diwali was celebrated in Ayodhya (“Ayodhya diyas shed light on oil plight”, Nov 7). Not a million diyas can divert attention from the fact that a massive section of the citizens of Uttar Pradesh cannot afford such extravagance — children were seen collecting whatever little mustard oil they could from the unlit diyas soon after Diwali.

Passing off such wastefulness as “glory” only highlights the truth that this dispensation does not care for the people; its only focus is creating an unreal image of itself. One hopes that the people respond to such indifference at the ballots next year.

Sir — Festivities are often an occasion to splurge. But this need not be the case. Rabindranath Tagore’s short story, “Kabuliwala”, taught us that it is the light within that matters — Mini’s wedding did not have electric lights because the money was given away to the poor vendor, Rahmat Khan.

But the ruling regime of the day would not understand this. In Ayodhya, 36,000 litres of mustard oil were liberally burnt to light 12 lakh diyas for Diwali. The prime minister said that this held up our “ancient culture” before the world, disregarding the fact that half of the children in Uttar Pradesh reportedly cannot afford milk and 30 per cent citizens do not have roti to eat twice a day. It is unfortunate that an elected government can blindly ignore the plight of citizens.

Sir — The Bharatiya Janata Party seems to have forgotten its primary duty as a political party in power — governance. While it is clear to many that the show of lights on Diwali eve was only a gimmick to attract votes, one wonders if the electorate of the state will see through this act.

Sir — The death of the veteran leader of the Trinamul Congress, Subrata Mukherjee, is a great loss for Bengal (“Subrata Mukherjee no more”, Nov 5). He was respected across party lines for his farsightedness. Mukherjee fought bravely against the Left juggernaut in 2000 and became the mayor. Later, he played a key role in the rural development ministry. His sudden demise will create a political void.

Sir — The news of Subrata Mukherjee’s demise came as a shock to the people of Bengal. He was one of the most popular leaders in the state. Mukherjee was a seasoned politician who commenced his political career as a student activist in the 1960s. He was a minister in the state for several years and mayor of Calcutta from 2000 to 2005. Undoubtedly, this is a huge loss for the TMC as well as Bengal’s politics.

Mukherjee will not be remembered only as a politician; he was also known as the patron of the Ekdalia Evergreen Durga Puja in south Calcutta. His death marks the end of an era.

Sir — Since our college days, we had known Subrata Mukherjee as a charismatic student leader. Surprisingly, even after 50 years, his charm had not diminished at all. He remained a benevolent, popular and mass leader till his last day.

Sir — Subrata Mukherjee holds the record of being the youngest minister of Bengal, having taken office at the age of 26. He has remained popular ever since. Mukherjee was active in politics, organizing events and encouraging the youth. He even mentored the incumbent chief minister of Bengal, Mamata Banerjee. He will remain an inspiration for younger leaders.