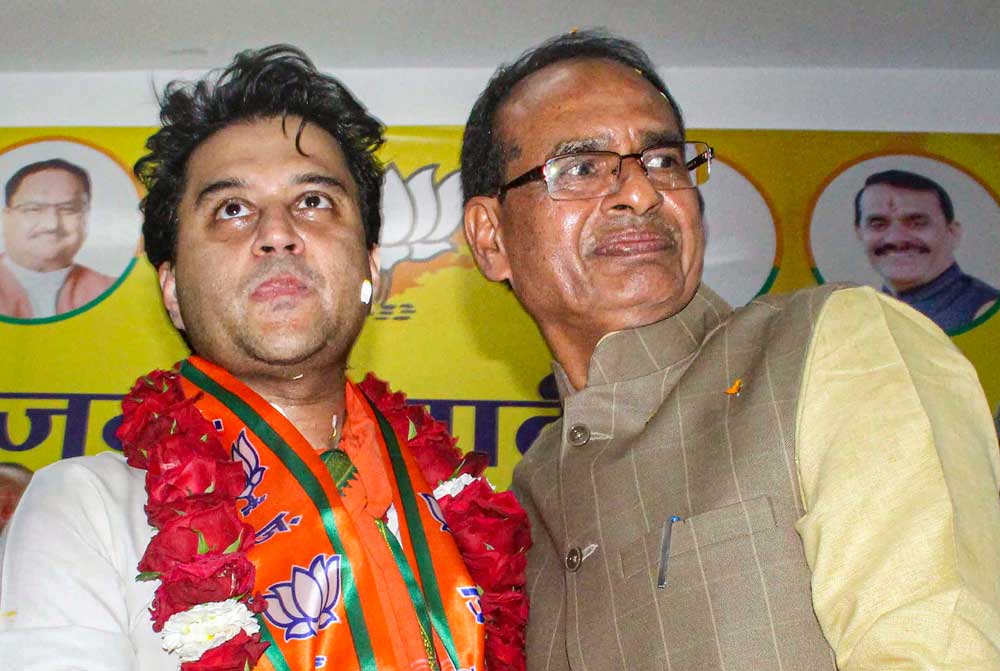 Sir — The recent turn of events in Madhya Pradesh confirms that Congressmen themselves are their worse enemies. After 15 years of being in the wilderness in the state, the Congress had a glorious chance to prove itself. Doing well at the state-level could show that the Grand Old Party has the ability to take on the Bharatiya Janata Party government even at the Centre. But with Jyotiraditya Scindia and 22 other Congress members leaving the party for the BJP, all such hopes have been dashed.

Something similar had happened in Karnataka. Yet, instead of learning a lesson and taking corrective measures against infighting, the Congress is on the verge of losing power in Madhya Pradesh. The BJP alone cannot be blamed. It is merely fishing in troubled waters created by Congressmen themselves. For over a year, there have been reports of a young, influential leader like Scindia being ignored. So much so that he was not considered for a Rajya Sabha seat. That seems to be the straw that broke the camel’s back.

It is unfortunate that at a time when the country needs a strong Opposition to stop the onward march of authoritarian forces, the Congress — which has a wide enough reach for people to pin their hopes on it — is falling prey to infighting. The party will soon go extinct unless a strong leader emerges to take swift decisions and inspire trust in all members.

Sir — Once a strong Congress loyalist, Jyotiraditya Scindia is now all set to topple the government of the Grand Old Party in Madhya Pradesh. Scindia has led a faction of 22 members of the legislative assembly into the BJP camp. Scindia had long been struggling over not being given power in Madhya Pradesh and being neglected in general. Owing to the Congress’s foolishness and unwillingness to upset the age-old status quo, ‘Operation Lotus’ has now borne flower in the Indian heartland.

Sir — There is no doubt that Jyotiraditya Scindia just sold his soul to the devil in exchange for power. Scindia’s ideals and convictions are now in question — he has already begun speaking in a fascist’s overzealously nationalist tongue by saying that his move was for the cause of Bharat mata. How can that be the case when he joined the BJP — a party that he berated for its ideology even weeks before making the switch — knowing full well that it plans to shred the secular fabric of India? While he claims to want to work for the betterment of the people, is Scindia not betraying the people’s mandate by aiding the very party he campaigned to defeat come back to power without the popular vote? Ambition coupled with the absolute lack of conviction regarding any ideology is the bane of Indian politics.

Sir — The Congress must shake up the old order if it is to have any hope of survival. Instead of tiptoeing around veteran leaders who have lost their connection with the masses, young leaders should be allowed to take charge. Rahul Gandhi should return to the helm and make swift changes; he no longer has the luxury of sulking about his defeat. Unless measures are taken immediately, Jyotiraditya Scindia will only be the first of the domino pieces to be toppled. Other aspiring political leaders who see no future for themselves will soon do what Scindia has done.

Sir — Today’s newspaper is tomorrow’s waste paper, goes the adage. A media house in Australia seems to have taken this very seriously. NT News, a Darwin-based newspaper, recently printed eight extra pages for people to use as toilet paper. This was done keeping in mind the mass stockpiling of toilet paper amidst the coronavirus scare. Given the exorbitant price of newsprint, this may well be among the most expensive toilet paper in the world. In India, where newspaper editors undergo hours of agony to sanction an extra page in the paper in order to make ends meet, such a luxury is unimaginable.