Readers' Speak: India should circumvent its ban on onion when it comes to Bangladesh 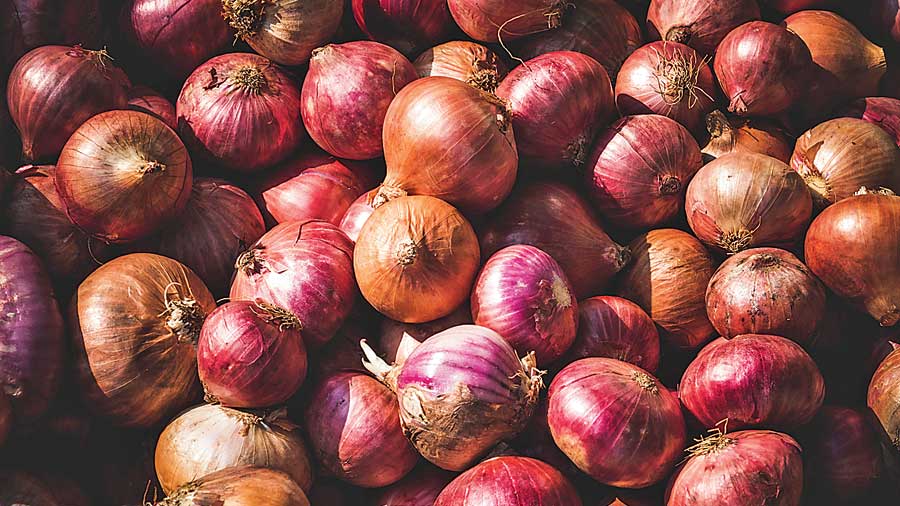 Sir — India’s sudden decision to ban the export of onions will hit the Indo-Bangladesh relationship as prices of the vegetable have shot through the roof in the neighbouring country. India is the main supplier of onions to Bangladesh and the price of the commodity has been one of the thorny issues in bilateral ties with the friendly Sheikh Hasina Wajed-led government. In January, India had pledged to continue the supply of onions to Bangladesh. India should thus circumvent its ban on onion when it comes to Bangladesh.

Bangladesh has decided to procure the commodity from other markets like Turkey and Egypt. Perhaps other countries will use “onion diplomacy” to improve their ties with Bangladesh.

Sir — Arghya Sengupta, in his lucid article, “Caste and the Constitution” (Sept 16), rightly points out that nothing has changed as far as the caste system in India is concerned. The fact that the roots of untouchability are still intact a hundred years after B.R. Ambedkar fought to emancipate us from the caste system is evident from the startling news that a teenage boy of ‘low caste’ is boycotted by society after his mother’s death. The boy had to keep his mother’s dead body on the bicycle and walk after she succumbed to her injuries. He was denied the  right to cremate his mother’s body in the village cremation ground because they were untouchables. He then trudged alone for five miles and buried the body in the jungle. This happened in a village in Odisha last year.

Many people have a strong resentment against affirmative action in the form of caste-based reservation. But since there is no equality in India, equal benefits or opportunities would be inequitable here. Yet, those who are empowered with the popular mandate to ensure an equitable distribution of resources, manipulate the opportunities for their own interests. Since there is no guarantee of equal opportunity or attention to merit, these are not relevant arguments in the debate about caste. The problem with the system of reservation in India is the absence of pragmatic sanctions and the abuse of the system by politicians to capture power.

One cannot help but think that had M.K. Gandhi not resisted the idea of separate electorates mooted by Ambedkar, this situation would not have arisen today. Ambedkar did not want reservation, which was, according to him, nothing but being at the mercy of upper-caste Hindus. Is that not exactly what is happening right now?

Sir — The article by Arghya Sengupta made for fascinating reading. In fact, he is one of my most beloved columnists for speaking the truth about the judiciary — not many dare to do so in the present atmosphere. Of course, The Telegraph must be thanked for running his pieces without succumbing to fear.

Sengupta’s observation about true respect for Dalit’s or the so-called lower castes coming only from an acceptance of and respect for their traditions and customs and not from radical measures like converting to Buddhism is spot on. In today’s India, finding flaws with something that B.R. Ambedkar did has become a criminal offence with the far left. Yet Ambedkar, in his lifetime, was the subject of many satirical cartoons and always took these in his stride.

Sir — I was taken aback the other day to realize that neither my Android device nor WhatsApp has an emoticon for a bald person — the closest thing was a balding old man, even there the old woman had a head full of grey hair. If emoticons can have a series of bizarre skin tones in order to be ‘inclusive’ what does this absence say about how we treat baldness? Women, especially, are stigmatized for baldness — breast cancer patients and even other women dealing with conditions like polycystic ovaries lose their hair and this affects their self-esteem in a significant way.