Letters to the editor: Public libraries in India

Readers write in from Chennai, Mumbai, Calcutta, and Bangalore 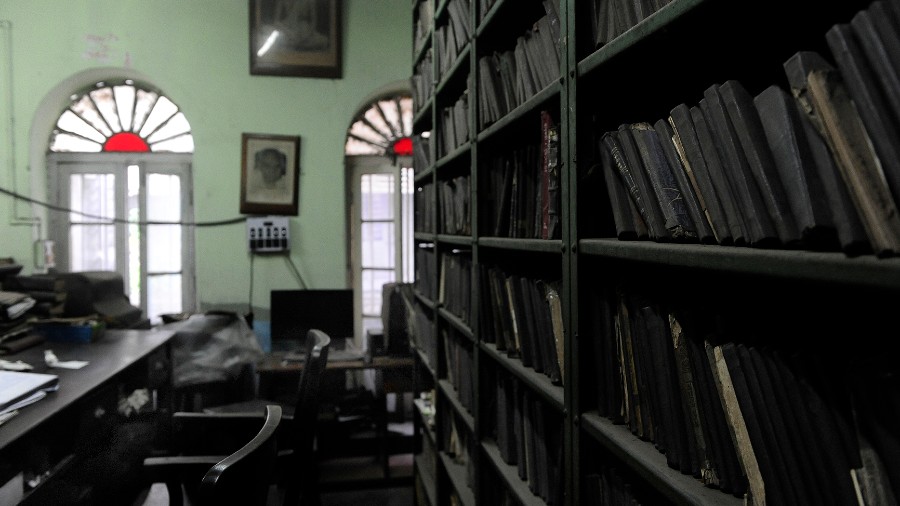 Sir — It is true that public libraries in India, which served as reservoirs of knowledge for ages, are struggling to remain relevant and sustain themselves in the digital age (“Dust off the forgotten shelves”, Aug 24). The government must take urgent steps to improve their condition. Once revitalized, these libraries could, once again, cater to the needs of those who do not have access to other sources of knowledge. Digital books may come and go, but the joy of finding a physical book, stacked among thousands of others in a library, evokes a nostalgia that is priceless for book lovers.

Sir — A heartbreaking video, in which an American marine was seen lifting a baby over a razor-wired wall of the Kabul airport, recently caught global attention. This was shot as a huge crowd of Afghans was trying to enter the airport to escape the Taliban. It was later reported that the American troops were requested to help the baby as it was sick. The infant was treated and then returned to the family (“Afghan baby reunited with family”, Aug 22). This was truly an act of compassion.

Such visuals are becoming increasingly common. This is cause for concern. The American military released several other officially approved photographs of soldiers helping out Afghan children — one of these shows a soldier in his combat gear, sitting with a blanketed baby in his arms as fellow soldiers stand nearby on alert. The plight of the common people will surely foment anger among the global population against Taliban rule. One hopes that the day is not far off when all countries will unite to end the suffering of the Afghan people.

Sir — Some moments, captured as images or videos, become emblematic of the crisis during which they were taken. Take, for instance, Kevin Carter’s iconic photograph of the Sudan famine. The image of an infant being held up by an Afghan to be lifted by US troops has become the symbol of the ongoing crisis in Afghanistan.

It was a relief to learn that the child has been returned to the father after being provided medical care. Yet, one cannot help but shudder at the plight of the many other children — the future of the nation — who must grow up under the Taliban regime. Given the Taliban’s treatment of girl children, one
especially worries about their future.

Sir — Instead of fulfilling the Centre’s avowed objective of bringing people together, the observance of the ‘Partition Horrors Remembrance Day’ on August 14 — coinciding with Pakistan’s Independence Day — will do just the opposite. Digging up the wounds of one of the greatest tragedies in human history with the potential to ignite communal passions and mutual distrust cannot be a good idea. The obvious agenda behind this well-thought-out decision is dangerous. But communal polarization is a policy that the right-wing thrives on.

While M.A. Jinnah and the Muslim League must shoulder the major share of the blame for Partition for their uncompromising stand on Pakistan, other stakeholders cannot evade responsibility for their failure to avert the catastrophe. The right-wing holds the Congress and its bête noire, Jawaharlal Nehru, accountable; the Congress points its fingers at the mentor of sangh parivar, V.D. Savarkar, for allegedly formulating the two-nation theory.

With the ‘Ram temple’ card having already been played, the BJP has little to bank on before the Uttar Pradesh elections. Given the UP chief minister’s appalling incompetence at handling the second phase of Covid-19, the BJP was desperately looking for another emotive issue to further polarize the electorate. It found one such in the Partition. Should we as a nation not put such tragic events behind us and move forward, addressing more pressing issues affecting the lives of millions? Surely this is possible without undermining the sufferings caused by the Partition. The prime minister needs to demonstrate a certain degree of statesmanship, rising above the agenda of winning elections.

Sir — The prime minister’s tweet that August 14 would now on be observed as ‘Partition Horrors Remembrance Day’ is yet another instance of his old habit of trying to cover up his government’s failures — Covid mismanagement, inflation, farm laws and many others — by using diversionary tactics. It is high time he acted wisely. Once the voters see through his ploy, he would face difficulty retaining his chair after the 2024 general elections.