Letters to the editor: Nusrat's choice to not name child's father 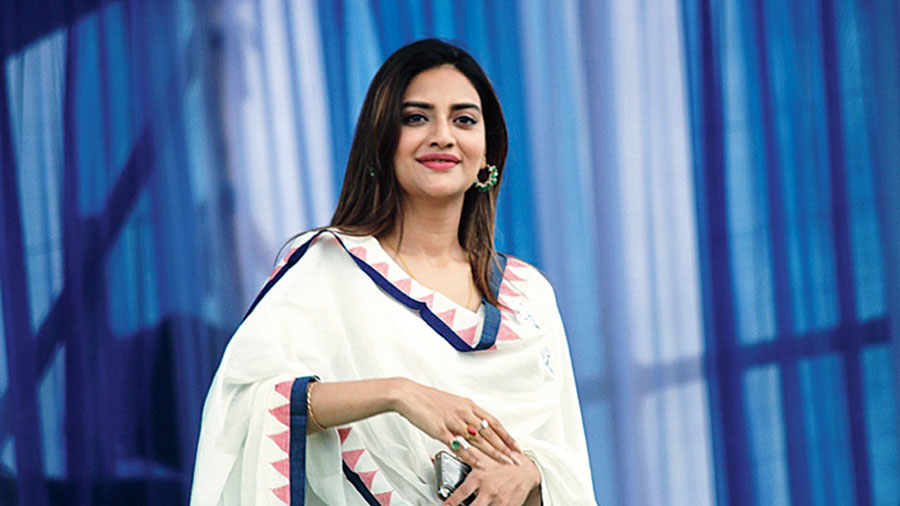 Sir — The actress-turned-member of parliament, Nusrat Jahan, recently gave birth to a boy. Amidst much speculation about the child’s parentage, Jahan has declined from naming the father. Even though she is well within her rights, she has been severely trolled both online and offline. Another actress, Neena Gupta, had faced similar reproach way back in 1989. Little has changed since then. The only difference is that women are now socially and economically more empowered, and are thus able to rally behind one another — as witnessed by the support Jahan received from other single mothers — in times of need.

Sir — The Indian table tennis player, Bhavina Patel, scripted history by winning a silver medal at the Tokyo Paralympic Games in the women’s singles class 4 finals (“Bhavinaben, Nishad win silver, Vinod waits”, Aug 30). The 34-year-old put up an impressive fight but ultimately lost the match to the top-seeded Chinese paddler, Ying Zhou, who has five Paralympic medals to her name, including gold from Beijing and London.

Other Indian para-athletes performed remarkably as well. Nishad Kumar won the silver medal for India in high jump for men on the same day and the discus thrower, Vinod Kumar, clinched a bronze medal in the men’s F52 event — he has since been stripped of the medal after being found ineligible in the disability classification assessment. But the most exciting news came when Avani Lekhara won India’s first gold medal in shooting in the women’s 10 metres air rifle standing SH1 event. Lekhara won the gold medal with a total score of 249.6 in the final, equalling the world record.

It is a shame that in spite of such stellar performances, the Paralympics do not receive much coverage in India. Nevertheless, the multiple wins at both the Tokyo Olympics 2020 and the Paralympics will encourage other youngsters in India to overcome hurdles and pursue their dreams.

Sir — Bhavina Patel must be congratulated for winning a silver medal at the Tokyo Paralympics. Her win set off a string of victories with Nishad Kumar and Avani Lekhara following suit. All athletes taking part at the Paralympics must be lauded for their exemplary grit and determination. Sporting facilities and infrastructure in India are abysmal. It is even worse for athletes with special needs. The multiple wins at both the Summer Olympics and the Paralympics must act as an impetus for the ministry of sports to work on improving the sporting infrastructure in the country.

Sir — Avani Lekhara, with her win at women’s 10m air rifle standing SH1 event, became the first Indian woman to win a gold medal at the Paralympics. Many in the country do not consider a Paralympic medal to be on a par with those won at the Summer Olympics. This could not be farther from the truth. Athletes at the Paralympics compete with world-class sportspersons from around the globe. Indian athletes have already secured seven medals at the Paralympic Games, including two golds — the same number of medals won by the Indian contingent at the 2020 Summer Olympics. With a few more events left to go, chances are that the tally might go up. This proves beyond all doubt that para-athletes have contributed to Indian sports as much as those who are able-bodied. We should all be proud of these achievements.

Sir — The editorial, “Spectacular species” (Aug 29), rightly points out that human beings have been arrogant in considering themselves more intelligent than other species. The recent discovery by scientists that elephants use a mathematical law in the movement of their trunks and that ants execute an intricate tunnelling behavioural programme to build complex underground cities proves that we know very little about the cognitive ability of animals.

There is much to learn from the animal kingdom. We know that birds have an extraordinary sense of navigation, octopuses can carry out complex tasks and have an incredible ability to learn new skills, and dolphins and non-human primates have a complex communication system.

With the planet entering the sixth phase of mass extinction, it is high time that governments around the world do all they can to protect wildlife and maintain ecological balance. The survival of all creatures — not just mankind — is crucial for the well-being of the planet.

Sir — Although scientists have employed biomimicry in technological innovations for a while now, it is rarely accompanied by a commitment to the protection of nature. We are yet to learn the value of non-human lives beyond our selfish gains. We must accord all creatures, big or small, equal respect.