Readers' Speak: Move particularly laudable in view of the controversy wilfully generated by some sections in the country 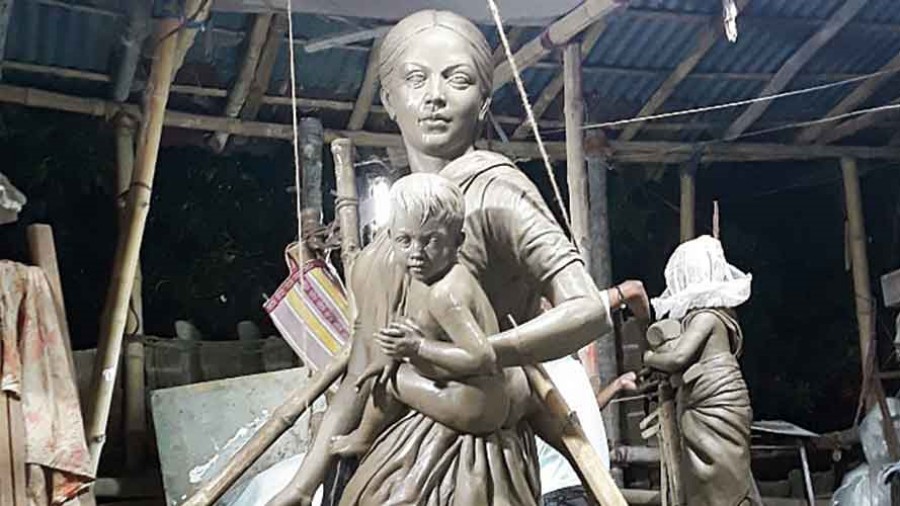 Sir — The West Bengal government has decided to preserve the Durga idol of Barisha Club — Durga appears as a migrant mother with a toddler, Kartik, in her arms — as a tribute to migrant workers across the country. This move is particularly laudable in view of the controversy wilfully generated by some sections in the country.

Art has for long immortalized incidents that have taught valuable lessons to mankind. This sculpture bears testimony to the sufferings of migrant workers in India this year as well as to the talent of the artisans of Bengal.

Sir — The stabbing of three persons inside the Notre-Dame basilica in the French city of Nice close on the heels of the beheading of a school teacher for showing cartoons of Prophet Mohammad to his students in a civics class was a tragedy that exposed religious fault lines in the contemporary world (“Savagery again, Macron defiant”, Oct 30). It is even sadder that the victims in Nice had nothing to do with religious feuds; they were just a church sacristan and two women worshippers. The manner of the killings clearly shows that the assailant was a religious fanatic. Religious indoctrination renders people incapable of mercy. Targeting civilians is cowardice.

Violence begets violence and it cannot be glorified or condoned no matter who commits it and for what reason. Violence by individuals, groups and states must be viewed at the same level. The knife attack in Nice warrants more than condemnation; the deployment of more security forces to guard churches and schools was much needed to prevent more such crimes. The attack inside the cathedral was symptomatic of the visceral hostility that still exists between religions. Both sides claim that they are under siege from the other. The West’s interference in the Islamic world as part of its desire for global domination and its tendency to equate Islam with terrorism lie at the root of such tensions. Radicalization does not occur in a vacuum. Pigeonholing masses of people into ‘us’ and ‘them’ is the real problem. As such, vows by the far right to eradicate “Islamo-fascism” from French soil will only deepen the division and fuel extremism. Even the global pandemic does not seem to have taught the warring people the futility of confrontation and the utility of cooperation. Killing and dying for religion is sheer folly. Respect for all religions and inter-faith dialogue are needed to combat the scourge of communal violence. Instances of religious extremism also strengthen the case for conversion to science.

Sir —  The knife attack in a church in Nice was the third in less than two months that French authorities have attributed to Muslim extremists, including the beheading of a teacher who had shown caricatures of Prophet Mohammad in class. The people of France have lived through many terror attacks in recent decades. This is not just the violence associated with the rise of the Islamic State; it is a seemingly endless series of attacks, going back to the Strasbourg-Paris train bombing in June 1961 that killed 28.

As France goes into a second Covid-19 lockdown, with its economy on its knees and its people anxious, the spectre of extremism and an escalating cycle of violence are the last things the country needs. This must also be an especially difficult time to be a Muslim in France.

Sir — It is shocking to hear the news of the extremist attacks in France. Now, more than ever, the people of France must stand beside one another and resist communal hatred. After all, France has for long held up the idea of equality and fraternity and inspired the rest of the world.

While religious extremism is not justifiable in the least, leaders of the country should be mindful of the terms they use in their speeches, even if they mean well. The people are emotionally vulnerable at the moment, and provocative words might lead to a situation that will only worsen the plight of the nation.