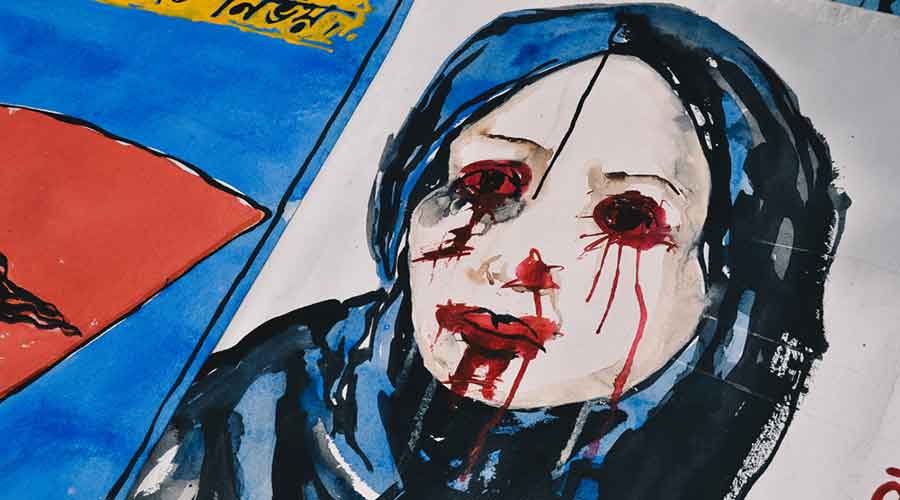 women who have suffered sexual assault have to face further harassment at the hands of the police and answer invasive questions during trial. For these women, the process of getting justice often involves reliving their trauma.
Shutterstock
The Telegraph   |   Published 18.07.20, 06:51 AM

Sir — The news reports about a gang rape survivor in Bihar who was arrested for contempt of court because she was deeply agitated were distressing to read. The woman, who was recording her statement in front of the magistrate, was accused of obstructing public servants from doing their duty because she allegedly raised her voice and refused to sign the written record of her statement. It is unfortunate that her mental state and the trauma she has gone through were not considered while arresting her.

This incident is symptomatic of a deeper malaise in India’s law enforcement and justice delivery system, in which women who have suffered sexual assault have to face further harassment at the hands of the police and answer invasive questions during trial. For these women, the process of getting justice often involves reliving their trauma. The plight of the survivor in this case is appalling; not only does she not have the support of her family in her legal battle, but she was reportedly made to repeat the story of her assault to the police several times. Moreover, the men accused of raping her are allegedly roaming free. Under such conditions of extreme suffering, how is a survivor of sexual violence expected to maintain control and composure at all times? Are no allowances to be made for the mental strain under which they have to fight for justice?

Sir — The legal fraternity has come together to denounce the arrest of a gang rape survivor after she allegedly raised her voice during the recording of her statement in court. The 22-year-old woman is said to have lost her composure during the proceedings, and her disoriented state of mind was taken as an affront to the court. The signatories to the letter addressed to the chief justice and other judges of the Patna High Court include luminaries such as Indira Jaising, Prashant Bhushan and Vrinda Grover. The fact that senior members of the fraternity have spoken up against the act bears testimony to the ordeals women are subjected to once they muster up the courage to lodge complaints against their attackers and seek justice.

Contempt of court is indeed a serious offence. But in a country where law enforcement is greatly insensitive to women and witness protection is weak, ought allowances not to be made, on humanitarian grounds, for victims of such heinous crimes? Should their mental trauma not be taken into account?

Sir — It was interesting to read about the incident in which a giant reptile entered a house in Punjab, sending the residents into a panic. The forest department personnel who reached the scene rather late were initially unable to identify the species.

The reptile was later found to be a monitor lizard, which is relatively harmless to humans. It is, however, worrying that such a common species was initially unrecognizable to officials who are supposed to be trained in identifying wildlife. Moreover, serious thought needs to be given to the growing encroachment on natural habitats, which leads to such wild species entering human settlements.

Sir — It is a matter of concern that Air India has approved a ‘leave without pay’ scheme for employees for six months or two years extendable up to five years. The management of the airlines can, if it deems fit, also compulsorily send employees on unpaid leave depending on their suitability, competence and health. Both the regional directors and the headquarters’ departmental heads have been asked to provide a list of employees for compulsory leave without pay by August 15.

Sending employees on an unpaid leave cannot be a solution to the problems wrought by the pandemic.

Lakhs of people are already unemployed in India. This step will only add to the crisis. Why cannot the salaries of the employees be drawn from the massive amounts of money deposited in the PM-Cares fund? It is the government’s job to protect these people, not make them suffer more during the economic downturn.